In the varna Value system there is no low and high ‘caste’. Even Valmiki in his Ramayana declares that even a Shoodra is ‘Arya’. This not only demolishes the Aryan invasion/migration theory, but also demolishes a vertical hierarchy of varna as opposed to a horizontal classification. 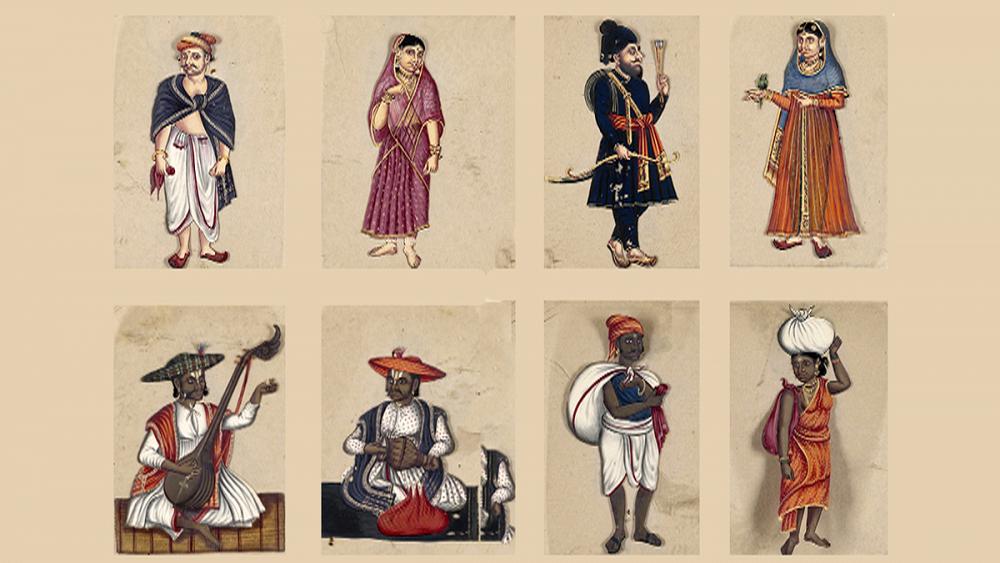 The much abused term varna and mischievously translated as ‘caste’ has demoralised Indians in all walks of life. Varna is not caste. Caste has racial connotations. Although one of the literal meanings varna is colour/shade, in the social context it is a metaphor for variety of propensities. It also naturally leads to a unique guild system very much unlike the European idea of guild. As a result, family occupations are easily communicated from one generation to the other and become second nature. The probability of mastering a skill, practice, or knowledge within a guild is higher than outside. Naturally, there is no need for an expensive and problematic education system controlled by the political class.

In the varna Value system there is no low and high ‘caste’. Even Valmiki in his Ramayana declares that even a Shoodra is ‘Arya’. This not only demolishes the Aryan invasion/migration theory, but also demolishes a vertical hierarchy of varna as opposed to a horizontal classification.

Coming to varna, there are groups of people who hold close to their hearts, their own concepts, value systems, and the operational aspects of this matrix. So, what is the varna value chain and how is it the most natural source of human behaviour?

For the sake of simplicity I uncover, here four correspondences between varna, value, and their operation as follows (it may not be limited to these):

As is evident there are common values in all the varna-s. But each varna is characterised by a special value depending upon work.

The one who is good at serving for a salary must ideally have loyalty to his/her workplace. Without the quality of tyaag of her/his personal desires it would be rather difficult to be loyal in this context. This is a common demand when anyone signs a job contract in which we encounter a secrecy clause. We also see an implicit message of obedience to the rules and regulations of the organisation one choses to serve. No one who claims to be a servant can operate as a servant without the quality of surrender.

But we see business intelligence has become and industry in itself today and poaching etc are commonplace. In Sanatana Dharma paradigm the varna value system it is one’s dharma to be loyal to her/his workplace. In abrahamic theo-socio-political systems we see slavery and bonded labour a norm and ill which the followers of these systems imported into Bharatvarsha and  then make it look like indigenous.

The Vaishya must generate wealth for his country and himself, but his main dharma is that of daan (philanthropy). Even today, we have seen many traditional businessmen making innumerable such donations in all walks of life. Obviously, the Vaishya of a country has to be patriotic and not a mere businessman. This is at variance with the modern idea of a businessman whose sole purpose is to maximise profits many times in spite of national security and integrity. Creation of demand where there is none has biblical roots – creating a need for religion where there is none.

Profit being the sole purpose of business today, common good of all is an outdated ethic. We have seen the dangerous results of researches like that of the Corona -19 virus being carried out by big corporations leading to unprecedented loss of life. Also, philanthropy has to be today forced upon business houses through CSR in which too corporations have found loopholes to evade taxes.

Jurisprudence and protecting his population, its culture, and not merely landed property are the unique functions of the Kshatriya. This demands multiple strengths – highly developed sense of discrimination, valour, political acumen, among the other usual things. Despite his position in the society as the protector, he is required to be sensitive to his people and their aspirations. He has to be educated enough to value the culture of his people of various varna-s. He should know the value of the Shastra-s ( sciences) as well as the Shastra-s (weapons).

The strongest quality of the Brahmana is tapasya and the strength to forgive. Tapa literally means to pursue single-mindedly his branch of Veda for 12 years without break. He has to be learning and teaching his subjects to deserving students. Above all, he has to practice aparigraha – minimalistic living or the habit of accumulation of neither wealth nor property, but only of vidya. He should participate in Yagya-s and pooja-s for the well-being of all. He has to advise the king and remind him about his dharma from time to time. Due to his knowledge of astronomy he has to advise farmers and businessmen about certainties and uncertainties of the future based on empirical observations of the past and his own intuition. Yet, he is forbidden from asking for a fee for his services. He is assured of one thing after his arduous pursuit of vidya – poverty.

Who then would like to take up an occupation which promises poverty? In fact, no one wanted to be a Brahmana. However, a fake narrative that Brahmana kept his knowledge with himself has been unfortunately created leading to warped political, social, educational, and cultural narratives and decisions in India. This fakery has created much advantage for Abrahamic religions to paint a fake picture of Sanatana Dharma so that their agenda of conversions and a political agenda could be forwarded. Brahmana-s themselves have given up their role in society out of shame and guilt.

Those who never ever understood the varna value system inspite of their great erudition, have contributed to misunderstandings about it. Modern India is a victim of psychological warfare from outside and within. What our brave armed and security forces protect are lives Sanatani-s past their prime, emboldened anti-nationals, corrupt politicians and their benaami properties, polluted environment, hospitals filled with cancer patients, genetically modified plants and animals, toxic vegetables and grains, and denuded forests. Modern fathers of our nations failed to protect our great sanskriti and dharma first which led to an overall degeneration.

We can only hope that Ram Lalla helps us correct our basic narrative and bring back pride in our own sanskriti among the youth.