Has European Pragmatism Backfired? A Warning to the West – 4

Alexander Solzhenitsyn explains how the short sighted pragmatism of Europe resulted in a false morality due to lack of discrimination. 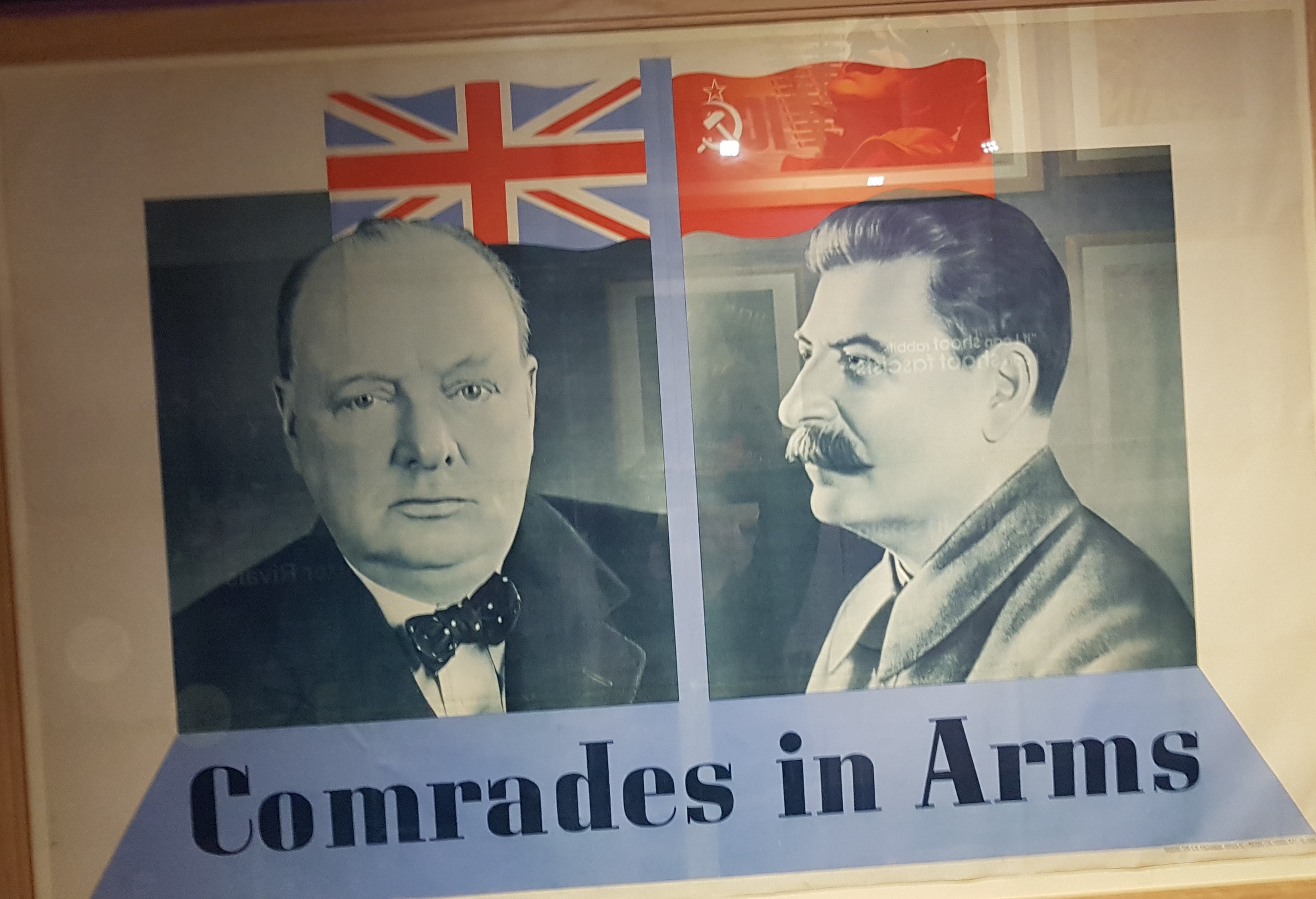 A moral stance, even in politics, always safeguards our spirit; sometimes, as we can see, it even protects our very existence. A moral stance can suddenly turn out to be more farsighted than any calculated pragmatism.

Your war with Hitler, however, was not tragic in the Aristotelian sense of the word. Your sacrifices, sufferings, and losses were justified; they did not run counter to the aims of the war. You defended—and successfully defended—precisely that which you intended to defend. But for the people of the U.S.S.R. the war was a tragic war: we were forced to defend our native land with all the strength we could muster and with infinitely greater losses (Kurganov’s figures are indisputable: 44 million) and, in so doing, to strengthen all the things that we most loathed—the power of our own executioners, our oppression, our destruction, and, as we can see today, ultimately your destruction too. And when those millions of Soviet citizens dared to flee from their oppressors or even to initiate national liberation movements, then our freedom-loving Western allies—and not least among them you British—treacherously disarmed them, bound them, and handed them over to the Communists to be killed. They were sent to labor camps in the Urals, where they mined uranium for the atom bombs which were to be used against you yourselves!

Nor did you shrink from using the butts of your rifles on seventy-year olds, those very men who had been Britain’s allies in the First World War and who were now being hastily handed over to be murdered. From the British Isles alone, one hundred thousand Soviet citizens were forcibly repatriated, while on the continent the number was more than a million. But the most remarkable thing of all was that your free, independent, incorruptible press, your famous Times, Guardian, New Statesman, etc., all wittingly shared in the cover-up of this crime, and would have kept silent to this very day had not Professor Julius Epstein from America so tactlessly started his investigations into the fascist techniques that democracies are capable of employing. The conspiracy of the British press was only too successful: indeed, there must be many people in Britain today who have not the faintest idea about this crime committed at the end of the Second World War. But it was committed, and it has left a deep and painful mark on the Russian memory.

Twice we helped save the freedom of Western Europe. And twice you repaid us by abandoning us to our slavery. It is clear what you wanted. Once again you wanted to extricate yourselves as quickly as possible from this terrible war; you wanted to rest, you wanted to prosper.

But there was a price to pay. The noble philosophy of pragmatism proclaimed that once again you should close your eyes to a great many things: to the deportation of whole nations to Siberia, to Katyn, to Warsaw (that same country for whose sake the war had started); you should forget Estonia, Latvia, and Lithuania; you should hand over six more of your European sisters into slavery and allow a seventh to be cut in two; at Nuremberg you should sit amicably side by side with judges who were just as much murderers as those on trial and never let this disturb your British sense of justice. Whenever a new tyranny came into existence, however far away—in China, say, or Laos—Britain was always the first to recognize it, eagerly pushing aside all competitors for the honor.

All this required great moral fortitude, and your society was not found lacking. All one had to do was to repeat again and again the magic formula: “The dawn of a new era.” You whispered it. You shouted it. And when you grew sick of it and decided to reaffirm your valor in the eyes of the world and recover your self-respect, then your country manifested incomparable daring—against Iceland, against Spain, countries which could not even answer you back.

Tank columns in East Berlin, Budapest, and Prague declared that they were there “by the will of the people,” but not once did the British government recall its ambassadors from any of these places in protest. In Southeast Asia unknown numbers of prisoners have been killed and are still being killed in secret; yet the British ambassadors have not been recalled. Every day in the Soviet Union psychiatrists murder people with their hypodermic syringes merely because they do not think along accepted lines or because they believe in God, and again the British ambassador is never recalled.

But when five terrorists, who actually committed murder, were executed in Madrid, then the British ambassador was recalled and the din reverberated throughout the world. What a hurricane burst forth from the British Isles! You have to know how to protest, it has to be done with a great deal of anger, but only as long as it doesn’t run counter to the spirit of the age and presents no danger to the authority of those protesting. If only you could make use of your British skepticism for a moment (it can’t have deserted you entirely) and put yourselves in the position of the oppressed peoples of Eastern Europe—then you can view your unseemly behavior through our eyes! The Prime Minister of Spain was murdered and all cultured Europe was delighted. Some Spanish policemen, even some Spanish hairdressers, were murdered—and the countries of Europe went wild with joy, as if their own police were insured against the Terrorist International.

Not a single family driving to an airport can be sure that it won’t be gunned down by some fighter for someone or other’s freedom. No one can be sure that he’ll get to the end of the street safe and sound. But terrorists can be sure: public opinion guarantees that their lives will be safe, that their cause will be given publicity, and that they will be held in decent confinement—that is, until other terrorists come and rescue them. A society for the protection of terrorists indeed! There was such a society in Russia before her collapse: we too have trodden this fatal path.

Meanwhile, the crevasse grows ever wider, spreads even farther across the globe, and shifts into other continents. The most populous country in the world has plunged headlong into it. So have a dozen others. So, too, have numerous defenseless tribes—Kurds, Northern Abyssinians, Somalis, Angolans. And the British, with their great tradition of freedom, haven’t the slightest anxiety over such petty matters. Even today you are lulled into thinking that these fine islands of yours will never be split in two by that crevasse, will never be blown sky-high. And yet the abyss is already there, beneath your very feet. Every year several more countries are seized and taken over as bridgeheads for the coming world war, and the whole world stands by and does nothing.

Even the oceans are being taken over, and need one tell you British what that means or what the seas will be used for? And what of Europe today? It is nothing more than a collection of cardboard stage sets, all bargaining with each other to see how little can be spent on defense in order to leave more for the comforts of life. The continent of Europe, with its centuries long preparation for the task of leading mankind, has of its own accord abandoned its strength and its influence on world affairs—and not just its physical influence but its intellectual influence as well. Potentially important decisions, major movements, have now begun to mature beyond the frontiers of Europe. How strange it all is! Since when has mighty Europe needed outside help to defend herself? At one moment she had such a surfeit of strength that, while waging wars within her own boundaries and destroying herself, she was still able to seize colonies. A moment later, she suddenly found herself hopelessly weak without having lost a single major war.