Indian Muslims and the Politics of Power

Liberals and Seculars often claim that Muslims are the victims in India. Their claims are never backed by any evidence. In this article at Indic Varta, Dr. Shankar Sharan proves that the language that Islamic leaders in India use, is a language of power, and not a language of victims. 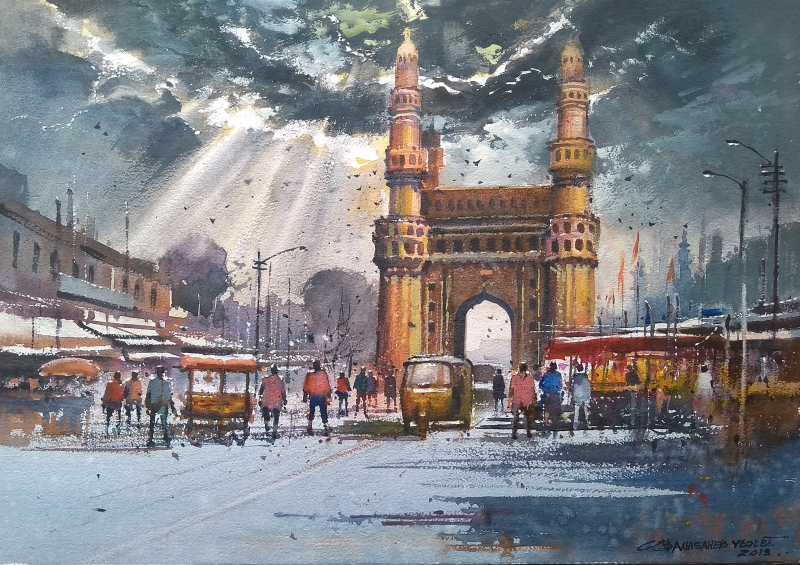 Many Islamic political leaders in India like the AIMIM leader, Owaisi Junior is fond of making fun of the Hindu society and the government. Azam Khan is also used to insult Indian Army. He once wrote a letter to the United Nations that India is committing atrocities on Muslims. They act as if they are above India and its law, while living in India as Indian citizens.

In the past century Muslim leaders of India have indulged in the politics of secessionism, aggression and ceaseless complaining. This fills the Muslims with victimhood and Hindus with guilt. As a result, the two communities remain aloof from each other. This is a gift of Muslim identity politics.

And the tragedy is that these political leaders of the Islamic community go scot free after all their transgressions against the Indian state and Hindu society. Despite being a loose cannon Azam Khan was not removed from his post, nor was he rebuked for his unseemly behavior. This shows the status of Muslims in India. Their leaders issue anti-national, aggressive and illegal comments and still they continue to use all kinds of facilities and resources in India. Not only Azam Khan, but Farukh, Mufti, Shahbuddin, Owaisi senior etc. have all issued inflammatory and objectionable statements against the Hindu community from time to time.

This is the language and attitude of power, and not of powerlessness of minority. Muslim leaders also did not use to call themselves victim or minorities. They thought of themselves as members of international community and majority. They still think so. Their politics is centered around power. In principle, they think of themselves as the warrior race and of ruling race. On the other hand, they have very derogatory and inferior opinion of the Hindus. And nothing has changed in this mentality in the past hundred years from Maulana Akbar Shah Khan to Azam Khan. This is not just limited to the politicians. Saif Ali Khan naming his son Taimur also shows the same mentality.

It is the Nehruvians and the Marxists who started the propaganda that Muslims are in a sorry state in India. And that they are minorities and thus oppressed by Hindu communalism. That is why they should be given special facilities, rights etc. Gradually Muslim leaders also realized that these false claims can work in their own benefit. This victimhood propaganda can be used to divide the Hindus by misleading them.

Despite being a victim of Islamic fundamentalism, the Hindus live with guilt. There are thousands upon thousands of such secular, progressive intellectuals, artists and journalists who do not even open their mouth on Jihadi terrorism but breathe fire on the very mention of ‘Hindu fascism’.

The Muslim leaders actually learn from these communists, Congressis and then complain against India on international forums. They don’t see it a contradictory behavior to abuse the Prime Minister, the Judiciary, the police force etc. in the same breath. They use their complaints as a weapon against the Hindus.

Dr. Ambedkar named this tendency – Gravamin politics. It means that politics has to be captured by voicing complaints and playing victim. Under this the Muslim politicians create political pressure by complaining of mistreatment. They feign victimhood although all they do is according to a well thought out political strategy. Ambedkar also explained it in Indian context: the demands of the Muslims increase like the tail of Hanuman. Ambedkar wrote all of this in 1941. He was not a Hindu fundamentalist. He is someone had severely criticized Hinduism too.

Muslim politics of victimhood still prevails because of the institutional set up that the Congress Party and the Communists provided to them. This tradition is also carried on as it is by other regional parties. Disciplines like history, literature and political science were politicized by spreading anti-Hindu propaganda, which misleads everyone in both the communities. Even the Hindu nationalist government did not focus on changing this sad state of affairs. All of their energies are spent upon winning elections, criticizing others and in self-praise. The Gravamin politics of Muslims continue as it is.

Muslims should think whether this policy helped them or not. It is right that the politics of Muslim League was very successful and their secessionism, their arrogance and their ‘Direct Action’ Plans were successful. And that is why in India too, Muslim leaders have started playing the same game, the same kind of politics once again. Many Hindu political parties not only tolerated this tendency but actively encouraged this for electoral benefit.

But the Hindus are now no longer that ignorant. They can see now how the Muslim leaders are misusing secularism to further the dominance of Islam. They have started to feel that actually it is they who should feel aggrieved.

But this time this strategy is not going to succeed. That is why Muslims have to decide upon a different course of action. They should abandon demanding special rights for Islam and the Muslim community, to live in arrogant sense of superiority, and to speak the language of power and secessionism. They should think over what they gain by this politics. What did Jinnah’s politics give to Pakistan and the Muslims who live there? A Muslim leadership should emerge which says this openly.

Once even the Maulana Bukhari accepted that India is secular because Hindus are in majority here. This statement hides many meanings. One of them is: as Muslims rise in numbers, secularism will be destroyed.

Muslim leaders have accepted in the Parliament that they do not care about the sovereignty of India. This is to insult the Hindus in every way possible. The wise Muslims should think what they are going to get from such politics?

Today’s world is not the same as it was seventy years ago. Many non-Muslims are now aware of the Islamic politics. It is very clear now that to give free reign to Islamic politics is very dangerous. The reality of secular, leftist politics is out in the open now. The leftists may write ream of papers in ideological defense but it is not going to change the reality.

There is no future for secessionist politics in India anymore. Demanding separation of Kashmir, Assam or Kerala, or creating three or four countries will now not find any takers. The whole world is neck deep in Islamic terrorism. Islam centered politics will soon be out of fashion. The only option for the Muslims is to become a normal peaceful community taking part in the world. That is why they should look for new kind of leaders now.