Kaffirs within Kaffirs: The Devolution of Islamic Society

In this article at Indic Varta, Dr. Shankar Sharan argues how the concept of ‘othering’ works in Islam and how the concept of Kaffir is expanded to include ‘lesser Muslims’ in a country where no non-Muslims are left. He explains how fundamentalist Islam can bring ruin to a country, sending it back to medieval ages. 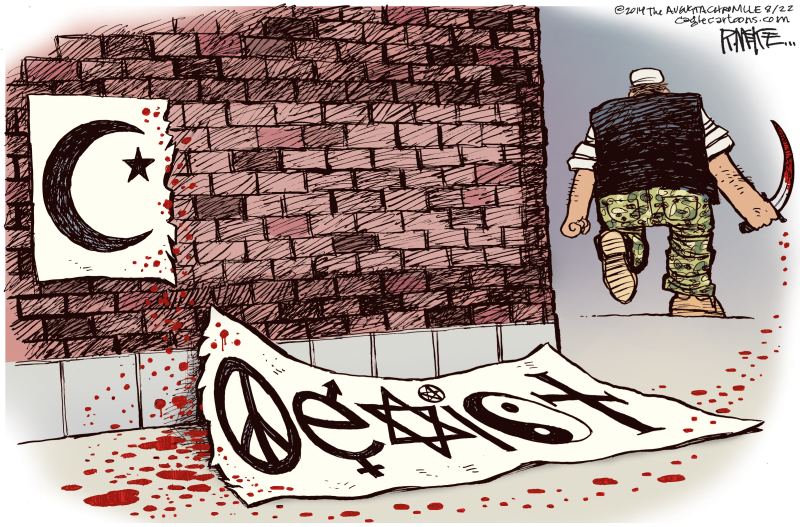 On 13 April 2017, Mashal Khan, a student of the Abdul Wali Khan University in Mardan, Pakistan was lynched by a Muslim mob of his fellow students. It was claimed that Mashal was ‘secular’ and ‘liberal’. He would not go to the mosque on Fridays. Apparently this was enough of a crime in Pakistan and thus dozens of Muslim students shot him in broad daylight, undressed him, did unspeakable things to his naked corpse and then threw it from the second story of the building.

Who is the culprit here? To us it may seem easy. But in Pakistani law it is not easy to answer this question. According to the Pakistan Penal Code 225-C, anyone who insults the Prophet in any way is liable to given the death sentence. Practically it means that almost anyone can be accused of this crime. No solid proof is needed to prove this charge. When the Penal code of Pakistan itself punishes blasphemy with death, then it becomes immaterial who doled out the death sentence, the State or the mob. This is the reason that a large number of people in Pakistan will think that it was Mashal Khan who was wrong and not the mob that lynched him.

But what is the condition of Indian Muslims? Only a survey would prove what percentage of Indian Muslims think whether such a crime is permissible or not. For the Muslims the Shariat law is supreme. Many Muslim intellectuals have been saying this again and again. We should not forget that Pakistan was India just seventy years ago. It is not a question of India or Pakistan, but the ideology of Muslims. What do they consider right and what do they consider wrong?

The question becomes very important because there are a lot of Muslims in India, Pakistan and other Muslim countries who do not go to the mosque on Fridays. What lies for them in future? These are some burning questions for the Muslim society. Mashal Khan did not even insult the Prophet or Islam. He just did not live a very Islamic life. He was killed for only that. Muslims kill other Muslims who they don’t consider Muslim enough, for the sake of Islam.

What kind of mentality drives Muslims to such crimes? It is directly connected to the terrorism which is waged upon the entire world in the name of Jihad. It is because of this ideology which Muslims to conflict with all non-Muslims. Everywhere it is their religion which is at the root of conflict. In countries where there are no non-Muslims, the violence turns inwards upon other ‘lesser Muslims’. The situation is similar in Afghanistan, Bangladesh, Syria or Iran. What is at the root of this problem?

At the root of this intolerance is the principle of Islam where other religions, ideologies and ideas are considered fundamentally wrong and evil. Even those Muslims are rejected in this world view who do not completely follow Islam. This is the principle of Takfeer, given by the Prophet himself.

It should be noted that this is not an exception but the core ideological principle which dictates that: “Once a Muslim, always a Muslim”. This is the god given law for Muslims. Not even the Muslims are allowed to doubt the Islamic law or injunction. For Muslims, all the laws that can be imagined were already decided fourteen hundred years ago. That is why those poets, writers and artists are murdered who doubt Islam. Fatwas are issued against them. The murder of Mashal Khan is just one example in this long list of assassinations done to keep the Islamic ideology intact.

Non-Muslims will say with ease that this will be madness itself. If such a behavior is evil for non-Muslims, then why do the Muslims consider it the right behavior?

Crores of Muslims today live in India, England, America, Russia, China etc. where they are allowed freedom of thought and expression. Where they are allowed even to become an atheist. This freedom should be given to Muslim societies too. These double standards will not be sustainable for long. Muslims will not gain anything by remaining silent on this important aspect.

The non-Muslims of Europe, America and India are gradually getting to understand these double standards. They now understand that the Muslim countries do not reciprocate the freedoms that they get in other countries and cultures. Within the Muslim society, violence enforces obedience to authority. This is the most important problem that faces us today. All other issues become secondary.

It is just a matter of time before the Muslims have to answer to these double standards. They will have to answer whether they can co-exist with other societies or not. However, Islam cannot help them in the way forward. Because at the fundamentals of the Islamic ideology is the thought to eliminate all other kinds of religions and ideologies. There is no concept of peaceful co-existence in Islamic ideology. From this follows Jihad, terrorism, fatwas of Khomeini and the lynchings of Mashal Khan.

This is not the strength but a major weakness of Islam. It is a matter of weakness that it has to resort to violence on its own people in order to enforce its directives. Muslims have to analyze the fundamental values of Islam. This weakness cannot be hidden by lynchings like that of Mashal Khan. They will become even more prominent. Today the dream of the dominance of one religious ideology all over the world has become laughable. A religion which depends upon violence in order to keep its own flock in line is in a crisis and does not even realize it.