The Islamic Conquest of India

The Mohammedan Conquest of India is probably the bloodiest story in history. It is a discouraging tale, for its evident moral is that civilization is a precarious thing, whose delicate complex of order and liberty, culture and peace may at any time be overthrown by barbarians invading from without or multiplying within. 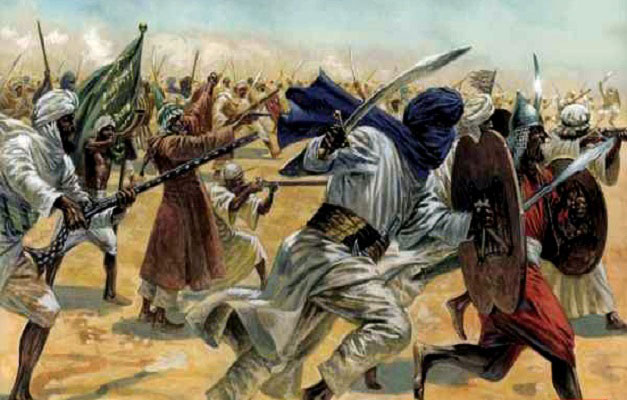 The Mohammedan Conquest of India is probably the bloodiest story in history. It is a discouraging tale, for its evident moral is that civilization is a precarious thing, whose delicate complex of order and liberty, culture and peace may at any time be overthrown by barbarians invading from without or multiplying within.

The Hindus had allowed their strength to be wasted in internal division and war; they had adopted religions like Buddhism and Jainism, which unnerved them for the tasks of life; they had failed to organize their forces for the protection of their frontiers and their capitals, their wealth and their freedom, from the hordes of Scythians, Huns, Afghans and Turks hovering about India’s boundaries and waiting for national weakness to let them in. For four hundred years (600 – 1000 AD) India invited conquest; and at last it came.

The first Moslem attack was a passing raid upon Multan, in the western Punjab (664 A.D.) Similar raids occurred at the convenience of the invaders during the next three centuries, with the result that the Moslems established themselves in the Indus valley about the same time that their Arab co-religionists in the West were fighting the battle of Tours (732 A.D.) for the mastery of Europe. But the real Moslem conquest of India did not come till the turn of the first millennium after Christ.

In the year 997 a Turkish chieftain by the name of Mahmud became sultan of the little state of Ghazni, in eastern Afghanistan. Mahmud knew that his throne was young and poor, and saw that India, across the border, was old and rich; the conclusion was obvious. Pretending a holy zeal for destroying Hindu idolatry, he swept across the frontier with a force inspired by a pious aspiration for booty. He met the unprepared Hindus at Bhimnagar, slaughtered them, pillaged their cities, destroyed their temples, and carried away the accumulated treasures of centuries.

Returning to Ghazni he astonished the ambassadors of foreign powers by displaying “jewels and unbored pearls and rubies shining like sparks, or like wine congealed with ice, and emeralds like fresh sprigs of myrtle, and diamonds in size and weight like pomegranates.” Each winter Mahmud descended into India, filled his treasure chest with spoils, and amused his men with full freedom to pillage and kill; each spring he returned to his capital richer than before.

At Mathura (on the Jumna) he took from the temple its statues of gold encrusted with precious stones, and emptied its coffers of a vast quantity of gold, silver and jewelry; he expressed his admiration for the architecture of the great shrine, judged that its duplication would cost one hundred million dinars and the labor of two hundred years, and then ordered it to be soaked with naphtha and burnt to the ground.’

Six years later he sacked another opulent city of northern India, Somanath, killed all its fifty thousand inhabitants, and dragged its wealth to Ghazni. In the end he became, perhaps, the richest king that history has ever known. Sometimes he spared the population of the ravaged cities, and took them home to be sold as slaves; but so great was the number of such captives that after some years’ no one could be found to offer more than a few shillings for a slave. Before every important engagement Mahmud knelt in prayer, and asked the blessing of God upon his arms. He reigned for a third of a century; and when he died, full of years and honors, Moslem historians ranked him as the greatest monarch of his time, and one of the greatest sovereigns of any age.

Seeing the canonization that success had brought to this magnificent thief, other Moslem rulers profited by his example, though none succeeded in bettering his instruction. In 1186 the Ghuri, a Turkish tribe of Afghanistan, invaded India, captured the city of Delhi, destroyed its temples, confiscated its wealth, and settled down in its palaces to establish the Sultanate of Delhi – an alien despotism fastened upon northern India for three centuries, and checked only by assassination and revolt.

The first of these bloody sultans, Qutub-ud Din Aibak, was a normal specimen of his kind – fanatical, ferocious and merciless. His gifts, as the Mohammedan historian tells us, “were bestowed by hundreds of thousands, and his slaughters likewise were by hundreds of thousands.” In one victory of this warrior (who had been purchased as a slave), “fifty thousand men came under the collar of slavery, and the plain became black as pitch with Hindus.”

Another sultan, Balban, punished rebels and brigands by casting them under the feet of elephants, or removing their skins, stuffing these with straw, and hanging them from the gates of Delhi. When some Mongol inhabitants who had settled in Delhi, and had been converted to Islam, attempted a rising, Sultan Alau-d-din (the conqueror of Chittoor) had all the males – from fifteen to thirty thousand of them – slaughtered in one day.

Sultan Muhammad bin Tughluq acquired the throne by murdering his father, became a great scholar and an elegant writer, dabbled in mathematics, physics and Greek philosophy, surpassed his predecessors in bloodshed and brutality, fed the flesh of a rebel nephew to the rebel’s wife and children, ruined the country with reckless inflation, and laid it waste with pillage and murder till the inhabitants fled to the jungle.

He killed so many Hindus that, in the words of a Moslem historian, “there was constantly in front of his royal pavilion and his Civil Court a mound of dead bodies and a heap of corpses, while the sweepers and executioners were wearied out by their work of dragging” the victims “and putting them to death in crowds. In order to found a new capital at Daulatabad he drove every inhabitant from Delhi and left it a desert; and hearing that a blind man had stayed behind in Delhi, he ordered him to be dragged from the old to the new capital, so that only a leg remained of the wretch when his last journey was finished.”

The Sultan complained that the people did not love him, or recognize his undeviating justice. He ruled India for a quarter of a century, and died in bed. His successor, Firoz Shah, invaded Bengal, offered a reward for every Hindu head, paid for 180,000 of them, raided Hindu villages for slaves, and died at the ripe age of eighty. Sultan Ahmad Shah feasted for three days whenever the number of defenseless Hindus slain in his territories in one day reached twenty thousand.

These rulers were often men of ability, and their followers were gifted with fierce courage and industry; only so can we understand how they could have maintained their rule among a hostile people so overwhelmingly outnumbering them. All of them were armed with a religion militaristic in operation, but far superior in its stoical monotheism to any of the popular cults of India; they concealed its attractiveness by making the public exercise of the Hindu religions illegal, and thereby driving them more deeply into the Hindu soul.

Some of these thirsty despots had culture as well as ability; they patronized the arts, and engaged artists and artisans – usually of Hindu origin – to build for them magnificent mosques and tombs; some of them were scholars, and delighted in converse with historians, poets and scientists.

One of the greatest scholars of Asia, Alberuni, accompanied Mahmud of Ghazni to India, and wrote a scientific survey of India comparable to Pliny’s Natural History and Humboldt’s Cosmos. The Moslem historians were almost as numerous as the generals, and yielded nothing to them in the enjoyment of bloodshed and war. The Sultans drew from the people every rupee of tribute that could be exacted by the ancient art of taxation, as well as by straightforward robbery; but they stayed in India, spent their spoils in India, and thereby turned them back into India’s economic life. Nevertheless, their terrorism and exploitation advanced that weakening of Hindu physique and morale which had been begun by an exhausting climate, an inadequate diet, political disunity, and pessimistic religions.

The usual policy of the Sultans was clearly sketched by Alau-d-din, who required his advisers to draw up “rules and regulations for grinding down the Hindus, and for depriving them of that wealth and property which fosters disaffection and rebellion.”” Half of the gross produce of the soil was collected by the government; native rulers had taken one-sixth.

“No Hindu,” says a Moslem historian, “could hold up his head, and in their houses no sign of gold or silver … or of any superfluity was to be seen. . .. Blows, confinement in the stocks, imprisonment and chains, were all employed to enforce payment.” When one of his own advisers protested against this policy, Alau-d-din answered: “Oh, Doctor, thou art a learned man, but thou hast no experience; I am an unlettered man, but I have a great deal. Be assured, then, that the Hindus will never become submissive and obedient till they are reduced to poverty. I have therefore given orders that just sufficient shall be left to them from year to year of corn, milk and curds, but that they shall not be allowed to accumulate hoards and property.”

This is the secret of the political history of modem India. Weakened by division, it succumbed to invaders; impoverished by invaders, it lost all power of resistance, and took refuge in supernatural consolations; it argued that both mastery and slavery were superficial delusions, and concluded that freedom of the body or the nation was hardly worth defending in so brief a life. The bitter lesson that may be drawn from this tragedy is that eternal vigilance is the price of civilization. A nation must love peace, but keep its powder dry. 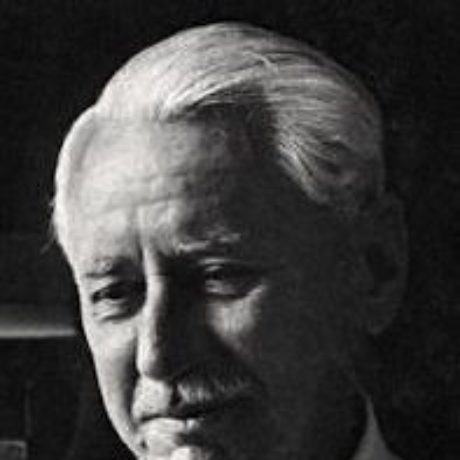