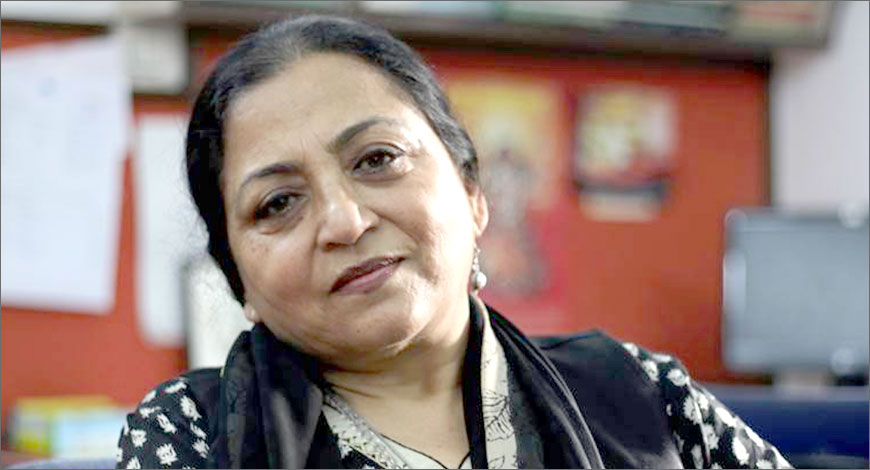 Madhu Purnima Kishwar is an Indian academic and writer. She was a professor at the Centre for the Study of Developing Societies (CSDS), based in Delhi, and the Director of the Indic Studies Project based at CSDS which aims to promote the study of “Religions and Cultures in the Indic Civilization”. Kishwar is founder editor of Manushi – a Journal about Women published since 1979. In 2013, Madhu Kishwar wrote a series of articles titled Modinama (Chronicles of Modi) in her magazine Manushi, where she was critical of the media for what she termed “false propaganda” about Narendra Modi’s role during the Gujarat violence 2002 and in its aftermath. Subsequently, she published the book Modi, Muslims and Media, documenting a similar stance. She conducted studies on khap and found that only 2% to 3% honor killings are related to gotra killings, rest are done by families. She also conducted studies on 2002 Gujarat riots.

Her Works
• In Search of Answers: Indian Women’s Voices
• Gandhi and Women
• Women Bhakta Poets: Manushi
• The Dilemma And Other Stories
• Religion at the service of nationalism and other essays
• Off the Beaten Track: Rethinking Gender Justice for Indian Women
• Deepening Democracy: Challenges of Governance and Globalization in India
• Zealous Reformers, Deadly Laws: Battling Stereotypes
• Modi, Muslims and Media: Voices from Narendra Modi’s Gujarat