The wonder of Abhinav Gupta (Part 1)

Abhinavgupta delves deep into the phenomenology of doubt. And, when it comes to Kaali at the beginning of the method of knowing ascertainment, he defines her the as Sanghar Kaali or destructive Kaali. Now you will be surprised by knowing what is this meant by destruction. What is destroyed?
At the beginning of knowledge, Abhinavgupta answers that it is doubt which is destroyed. 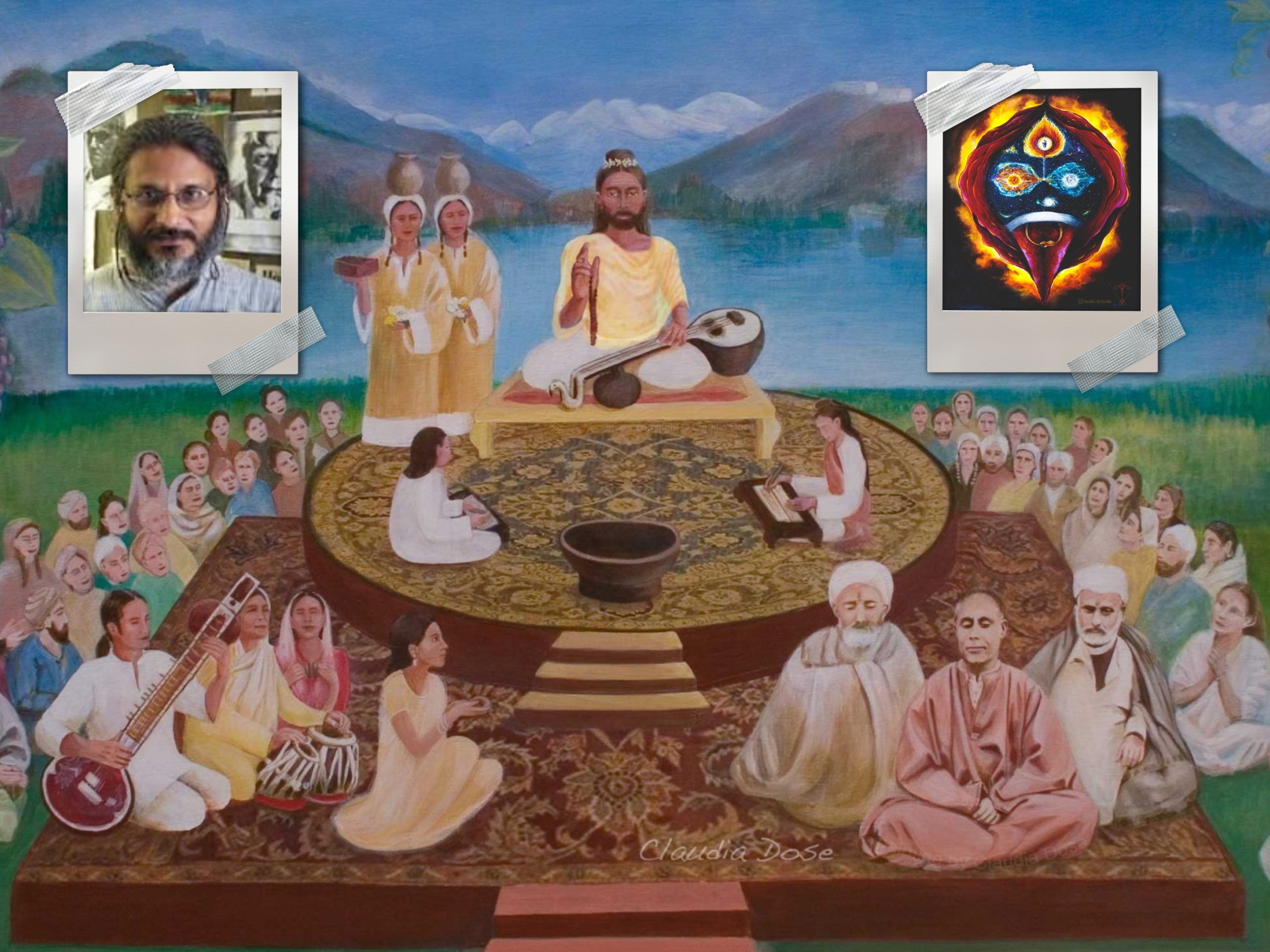 The following content is edited by Rajabhishek Dey (Centre for Indic Studies) from an online talk by Sri Arindam Chakrabarti. The original speech is reshaped in this article format with an intention to spread his voice more for our readers. The discussion is taken from the first online Kashmir Festival organized by Global Kashmiri Pandit diaspora in association with IAmBuddha.

The festival focuses on the pratibha and yogdan of Kashmir Civilization to humanity. One is astonished by the breadth and depth of these contributions which span every human activity. The topic is “The wonder of Abhinav Gupta”.  Abhinava lived a thousand years ago in Kashmir. He was a sage, a scientist, a scholar and a superstar.

Let us start with the word “startle”. The meaning of the verb “startle” is to be surprised and startled. Ancient Indian and modern western philosophies of emotions began with an analysis of surprise or wonder- “what our body does?”. When we are startled is actually in ordinary English called “startling”. “She startled”– that means she expressed surprise. Descartes calls this the surprise of the soul.

Although it manifests itself in certain stirring of the body or opening up of the eyes and of course, in the commentary on Natyashastra– 6th and 7th chapters, you can find Abhinavabharati’s thoughts on this. What are the anubhavas? what are the consequent expressions to be enacted on stage by an actor or a dancer on advuta or bishmaya (bishmaya is the sthayi bhava and advuta is the Rasa), astonishment, amazement, wonder. This is not just admiring or fearful awe but also a sense of puzzlement -which simultaneously thrills, befuddles, humbles, enchants and stuns our intellect. It is the subjective reaction to the mysterious.

This is what in Farsi called as hairani– which is not a negative word. It has just become a negative word for us. After thinking a lot we have become hairan. But Jalaluddin Rumi the great mystic recommends, “We sell off all our knowledge and purchase hairani”.* The “mysterious” is what defies logical understanding. This doesn’t mean that it discourages effort (like in many religions) to tackle it with logic. It doesn’t say, “Come to my shop I’ll keep you drunk with hairani, forget about logic!”. In that case, Abhinav Gupta will not be interested. It is the maximum effort to apply logic till the end and an effort that ultimately accepts defeat. Like all efforts in the Upanishads, we are told one should constantly do spiritual exercises and attempt to know god to love god. But ultimately the last step is taken when one sincerely accepts defeat and says sorry. And then if the lord or the goddess wishes they come and embrace the devotee or the logician.

And we’ll see how in the highest and the most mysterious Tantra methods which are unique to and indigenous to Kashmir. This is the method of a sequential upaya or this process of getting to know the mother in us, the knower in us, the all-powerful Kali in us. That method is called the Shakhta Upaya and you will see how it is and ultimately where it is. This is a method of logic and reasoning. I have called it reasoning yoga after Abhinavgupta who says- “You don’t need eight-fold Ashtanga Yoga. If you have one method which is called ‘tarka’”, and he also mentions, “tarko yogangam uttam,”.

I am sure you are already getting a picture of Abhinav Gupta which is other than the ordinary typical picture. Not just the artist, not just the poet, not just the maker of hymns, an aesthetician but one who says that, “The best method for the powerful is the method of reasoning”.  But more on that, later on, this surprise is experienced as ineffable. Notice, it is spoken of as beyond speech and known as unknowable. Hence the apparent contradiction is perhaps at the root of all that excites wonder.

To give an example from biology or biochemistry labs, in which our life savers for the last 12 months have been busy looking at a particular virus. When we examine a living cell under a powerful microscope the nearly colorless invisibly tiny living particle shows innumerably many bits swimming inside it.

It looks like that there are innumerable beings in that one single cell. The containment of so much, in so little, so many in so one, so much motion, in such a still entity, fills up us with the emotion of amazement. We forget whether it is good or bad, whether it’s a disease or anything, once we look at the amazing beauty even of a virus. You are seeing all over the television nowadays- the picture of the coronavirus. Before it scares you, it should surprise you. Wonder itself is an emotion that frustrates and seduces, stuns that it makes us frozen and enlivens at the same time. Usually, when I have talked about Abhinava Gupta earlier, I have described creating the atmosphere, sights and sounds of Kashmir. But today I want to begin at an odd place onthe main grid of logic, the logic of knowledge and actually that will be my main contention today.

But he ends the logic by talking not about sights, not about sounds, not about touches which is what he is very good at. He talks about goosebumps all the time and he talks about taste tongue, flavor of cooking cuisine when he is discussing poetry. And the rasa is literally talked about as something to be tasted, to be chewed or charvana. But here he talks about smell, fragrance or aroma. So the tea I made before giving this talk, I had to put some kesar in it. Without that Kashmiri zafran, I could not bring myself into the mood. Why? Because this is the verse named Bhairava staba (the sound of that poem is also extremely important) has such a beautiful rhythm. The translation and its meaning is:

“It is not an ordinary fly, a fruit fly, makshika machhi or makkhi but only a honey bee who can appreciate so much the fragrance of ketaki”

Ketaki in all indigenous North Indian languages is called Kewda.

Likewise, only a few who are propelled by none other than Mahesh can enjoy the taste of non-dual worship of Bhairav.  All of this is about how the smell of ketaki is not enjoyed by everyone. It is a special appreciative relishing rasikata rasam. You have to be the rasik.

Abhinav’s own intellectual biography is stated briefly, not all too modestly but in a few words.

At the beginning of his last book- “Ishwar Pratyabhigya Vivritivimarshini” he says, “I have purified myself by bathing fully in grammar, in my early youth, in my childhood. As the roots of good reasoning have spread in the depths of my mind, flowers of distinguishing knowledge or viveka have blossomed in the creeper of wisdom. And with those flowers, I have already worshipped the god within my heart. But now having enjoyed the ambrosia-like wine of friendship with beautiful friend literature or sahitya (which means companionship literally but it also means literature) at my mature age I have relaxed. Now time is right for me to take a rest in the company of that charming lady. And, the name of this lady is a discourse on the non-duality of god and the self. In her company, I’m relaxing”.

His such direct addressing to his readers is like us in this 21st century, who can record something for the future. As if Abhinav Gupta was not only writing but also speaking directly to us thousand years later and that’s what you feel when you listen to that. Because he is talking to you all in the book and who is that “you all”? They are whoever reads the book. So he’s talking to the reader. This is not only unique in 11th century India, it is rarest of the rare even for a philosopherbut who is a poet now. Besides, the poet is also a theater and dance expert, also a great grammarian and a logician and an aesthetician and a teacher of Tantric methods of the highest order.

Very briefly, I would like to start by explaining the concept of “vimarsha”. This is absolutely central to Kashmir Shaiva philosophy and of mind and consciousness. Acute attentiveness towards language is a feature shared by both Vedic and Tantric traditions. That is why mantra is so important. Sounds of words, roots of words, pronunciations of words and in this concept of immersion, we have to first examine the word vimarsh. This comes from the verb which non-technically means any self-conscious cognitive or verbal activity that considers alternative possibilities. In both the positive and negative senses it means- “think again and think twice”.

And there are two experiences in which we think again. The first one is doubt. This is expressed by questions (1st ahnika of Tantraloka) by examining the great vedic word “kim”. So one doubt is which is expressed in kim. This is like asking- “Is this a man or is that a pillar and the other or what? Or both of them?”, “How do we connect options with the massive word OR- Is this X OR Y? I don’t know”.  But the other one i.e. doubt is the empowering feel. Generally, we feel that doubt is disempowering and weakening but this doubt is the feeling of freedom. “I can do this or I can do that”. Decision makers are both in vimarsh. In the original game, Abhinavgupta delves deep into the phenomenology of doubt. And when it comes to Kaali (who is associated with the creation of brahma as pramana), at the beginning of the method of knowing ascertainment, he defines her as Sanghar Kaali or the destructive Kaali. Now you will be surprised by knowing what is this meant by destruction. What is destroyed?

At the beginning of knowledge, Abhinavgupta answers that it is doubt which is destroyed. So one has to be doubted, there has to be hairani and then kali begins the pramana by Sanghara or destroying doubt. If you do not have doubt to destroy, your knowledge will be like your parrots. You will repeat somebody else’s. You’ll have to ask- “What is that”?, “How is the vaccine going to work?”,  “Is it going to have side effects or not?” . There are two possibilities. It will have more side effects than the disease or it will have side effects but that would be much less than the disease. Two possibilities- Which one? Only when you have that doubt do you understand that there is a question?  Do you have to understand the question? This only sanhara kali can do and this is called Srishti of pramana. Creation of pramana is the destruction of doubt.

Link of the main video talk: 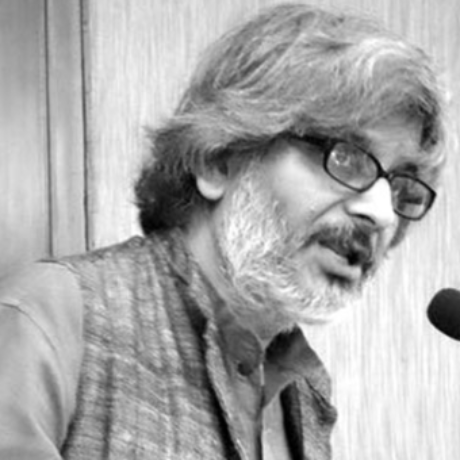