Plants and the Great Monotheistic Religions

In Holy Scripture the plant world not only isn’t considered equal to the animal world, is isn’t considered at all. It is left to its fate, probably to either be destroyed by the Flood or to survive it along with other inanimate things. Plants were so unimportant that there was no reason to care about them. 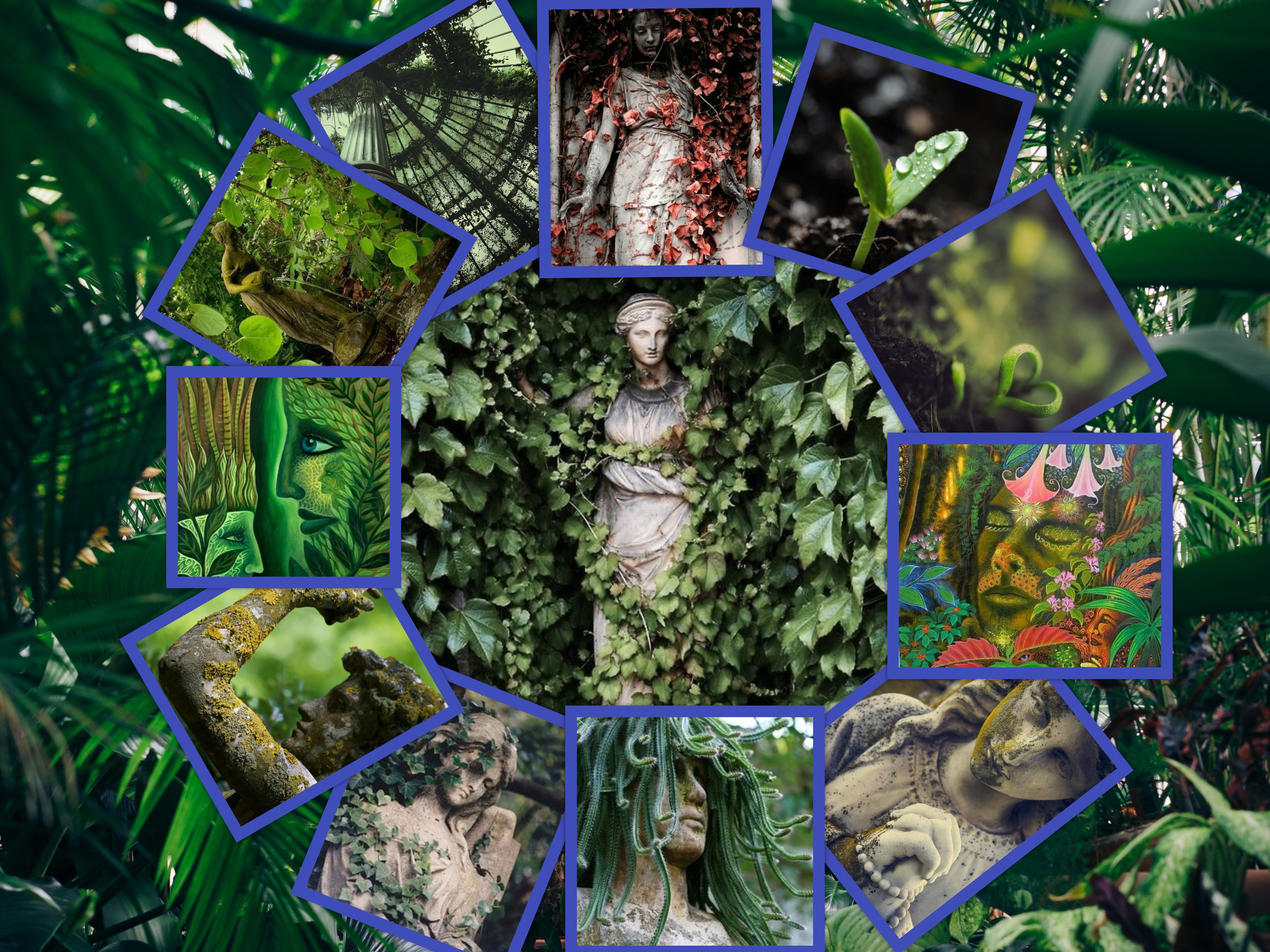 The Root of the Problem

In the beginning, there was green; a chaos of plant cells. Then God created the animals, ending with the noblest of them all; man. In the Bible, as in many other cosmogonies, man is the supreme fruit of the divine work, the chosen one. He appears near the end of Creation, when everything awaits him; ready to be subjugated and ruled by the “master of Creation”.

In the Biblical account, the divine work is completed in a time frame of seven days. Plants are created on the third day, while the most presumptuous of all living creatures comes into the world – at last – on the sixth. This sequence approximates present-day scientific findings, according to which living cells capable of preforming photosynthesis first appeared on the planet more than three and a half billion years ago, while the first Homo Sapiens, so-called modern man, only appeared 200,000 years ago (a few seconds ago, in the evolutionary time frame). But arriving last hasn’t kept human beings from feeling privileged, even though current knowledge on the subject of evolution has drastically reduced our role of “master of the universe,” downgrading our status to that of “newcomer” – a relative position that brings no a priori guarantee of supremacy over other species, despite what our cultural conditioning would have us believe.

The idea that plants possess a “brain” or a “soul”, and that even the simplest plant organisms can feel and react to external stresses, has been proposed over the centuries by numerous philosophers and scientists. From Democritus to Plato, from Fechner to Darwin (to cite only a few example), some of the most brilliant minds of all time have been exponents of the intelligence of plants, some attributing to them the capacity to feel, others imagining them as humans with their heads in the ground; sensitive living beings, intelligent and endowed with all human faculties, except those precluded by their… odd position.

Dozens of great thinkers have theorized and documented the intelligence of plants. Yet the belief that plants are less intelligent and evolved beings than invertebrates, and that on an “evolutionary scale” (a concept without basis in fact but still fixed in our mentality) they’re barely above inanimate objects, persists in human cultures everywhere and manifests itself in our everyday behavior. No matter how many voices are raised in support of recognizing plant intelligence on the basis of experiments and scientific discoveries, infinitely more oppose this hypothesis. It’s as if by tacit agreement religions, literature, philosophy, and even modern science promulgate in Western culture the idea that plants are beings endowed with a level of life (not to speak of “intelligence”, for the moment) lower than that of other species.

Plants and the Great Monotheistic Religions

And plants? Not a word about them. In Holy Scripture the plant world not only isn’t considered equal to the animal world, is isn’t considered at all. It is left to its fate, probably to either be destroyed by the Flood or to survive it along with other inanimate things. Plants were so unimportant that there was no reason to care about them.

And yet the contradictions this passage contains are soon evident. The first becomes obvious as the narrative continues. After the ark’s slow coming aground, when the rain has stopped for several days, Noah sends a dove to bring back news of the world. Is there dry land anywhere? Are there places above water nearby? Are they inhabitable? The dove returns with an olive branch in its beak; a sign that some lands have reemerged and that on them life is possible again. Noah therefore knows (even if he doesn’t say it) that without plants there can be no life on Earth.

The dove’s news is soon confirmed, and in a short while the ark has come to rest on Mount Ararat. The great patriarch debarks, lets the animals off, and then gives thanks to God. His duties are fulfilled. And what does Noah do next? He plants a vineyard. But where does the original vine come from, if it isn’t mentioned elsewhere in the story? Noah brought it with him before the Flood, aware of its usefulness, though not that it was a living being.

In this way, almost without the reader’s realizing it, the idea that plants are not living creatures comes through the story in Holy Scripture. In Genesis, two plants, the olive and the grape vine, are associated with the value of rebirth and of life, though the vital quality of the plant world in general goes unrecognized.

All three of the Abrahamic religions have implicitly failed to recognize that plants are living beings, in effect grouping them with inanimate objects. Islamic art, for example, respecting the prohibition against representing Allah or any other living creature, is passionately devoted to the representation of plants and flowers, so much so that the floral style is emblematic. Without stating it outright, this shows the belief that plants are not living beings – otherwise representing them would be forbidden! In the Koran, there is actually no explicit ban on representing animals; the prohibition is transmitted through the hadith, the sayings of the Prophet Mohammed that form the basis for the interpretation of Islamic law, by virtue of the fact that in Islam there is no God but Allah and everything comes from him, and everything is him – which evidently doesn’t mean plants.

The relationship between humans and plants is totally ambivalent. For example, the same Judaism which is based on the Old Testament forbids the gratuitous destruction of trees and celebrates the new year of trees (TuBishvat). The ambivalence comes from the fact that on the one hand we humans are intimately aware that we can’t exist without plants, and on the other hand we’re unwilling to recognize the role they play on the planet.

It’s true that not all religions have the same relationship to the planet world. Native Americans and other indigenous peoples recognize its undeniable sacredness. If some religions have sacralized plants (or rather, parts of them), others have gone so far as to hate or even demonize them.

For example, during the Inquisition, plants believed to be used in potions by women accused of witchcraft – garlic, parsley, and fennel – were put on trial along with the witches! Even today, plants with psychotropic effects receive special treatment: some are banned altogether (How do you ban a plant? Could you ban an animal?), others are regulated, still others are considered sacred and used by shamans in tribal ceremonies.

Luther Burbank – A Saint Amidst the Roses
Indian Muslims and the Politics of Power
In the Footsteps of Hind Swaraj. The Oeuvre of the Historian and Political Thinker Dharampal - 2 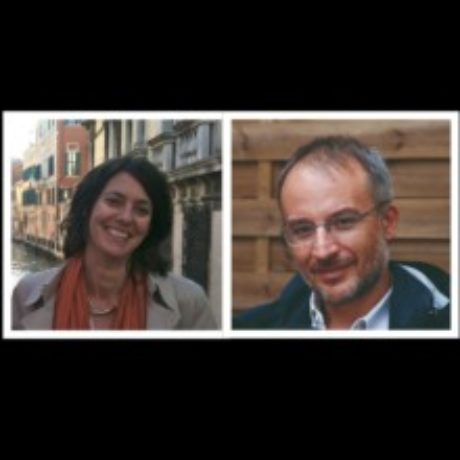 Alessandra Viola is a scientific journalist, writer of documentaries, and a television scriptwriter. In 2011, she directed the Genoa Science Festival. Stefano Mancuso is the Director of the International Laboratory of Plant Neurobiology (LINV) in Florence, Italy, a founder of the International Society for Plant Signaling and Behavior, and a professor at the University of Florence. His books and papers have been published in numerous international magazines and journals, and La Repubblica newspaper has listed him among the twenty people who will change our lives.