Role of Family as the basic building block in Indian Economy

When culture is near-perfected with a self-balancing homeostatic mechanism – primarily family and to a small-extent community economies become sustainable over a longer period. This idea of family as the centrifugal force that controls the economic decision- making remains at the core of this book. Economic policies must be dovetailed factoring this paradigm. The question is – do governments and markets cognize this paradigm? 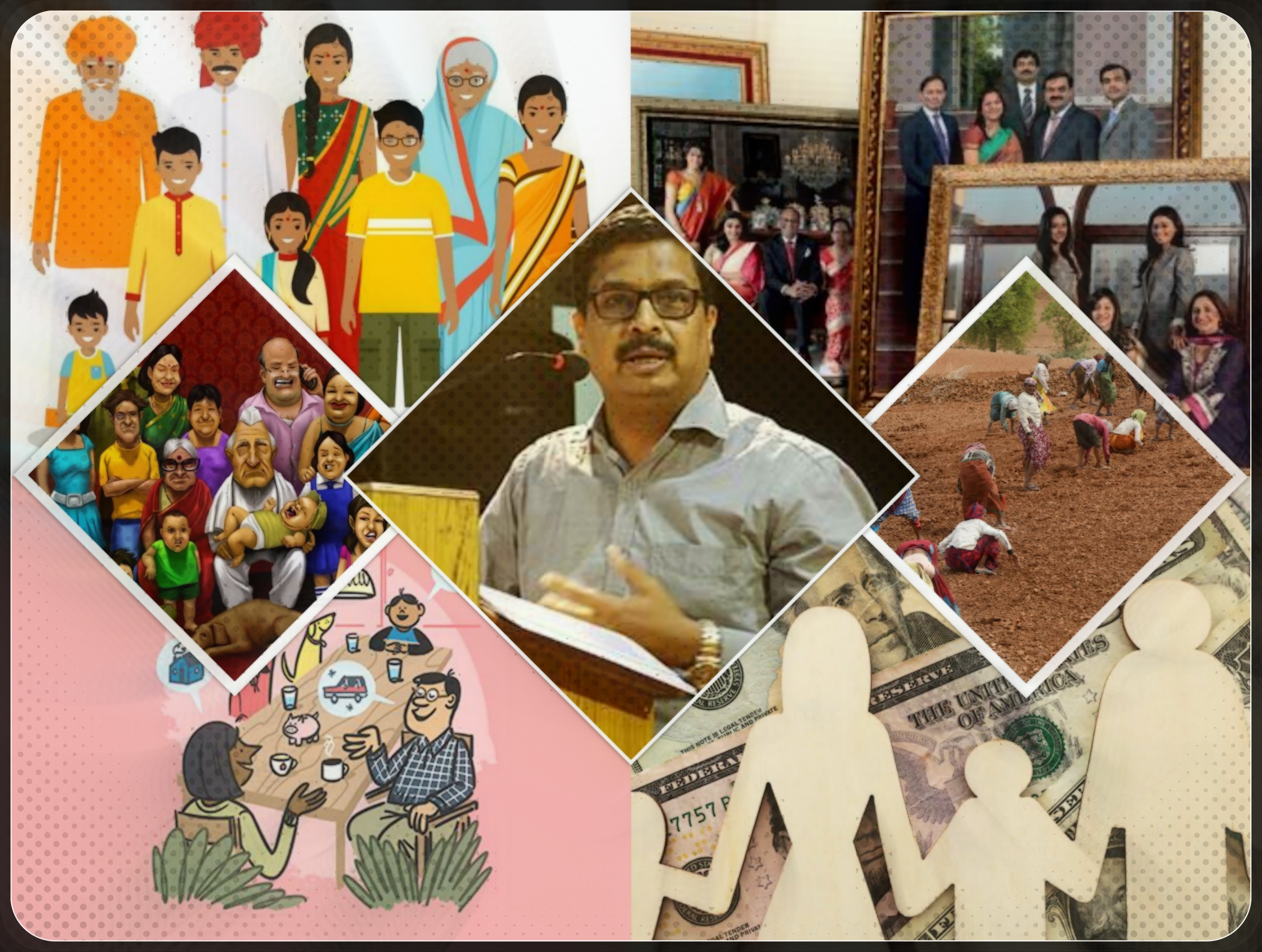 The existence of a family is to a very large extent is dictated by nature. According to Aristotle “there must be a union of those who cannot exist without each other, namely, of male and female, that the race may continue and this is a union which is formed, not of deliberate purpose, but because, in common with other animals and with plants, mankind has a natural desire to leave behind them an image of themselves.” However, families are also basic economic units that share consumption, coordinate work activities accumulate wealth, and invest in children.

We believe that this primordial instinct of families is the engine of economies activity that in turn drives the national economy. It guides the four limbs of economies – production, consumption, savings, and investments. Yet, the study of contemporary economies is more inclined towards individual tastes and preferences, than otherwise. Individual-centric economies could probably be true in case of societies where family as an institution is weak or absent. Empirical studies suggest that the behavior of an individual towards all the four limbs of economies mentioned above would of different in societies where the family as an institution plays an important role in fashioning the individual decisions, then otherwise.

Let us elaborate. Traditionally, families have certain disciplines in all aspects of life, most of which have profound impact on economies. For instance, there are communities in India who have traditionally eschewed from investing in stocks of companies that deal with liquor, tobacco, or meat. More particularly, the latent discipline of these traditions in the family supersedes every blatant investment opportunity. Whatever be the market opportunities, it is discipline that compels investors from making investments in such companies. Likewise, the rise or fall in the prices of pork is of little or no consequence to a devout Muslim as is the price of beef to a devout Hindu. Discipline, in this context, implies restraints and restraints which transmutes into culture over a period. Some of these are obviously determined by mother nature as they are by geography or religious beliefs. For instance, people in coastal areas will necessarily tend to have fish as their staple diet.

It is natural that fishing and culinary preferences based on sea food becomes a family habit for all those who live along the coast. But over period, this transforms into a certain culture where fish and fishing occupy a pride of place resulting in families desisting from fishing during certain time of the day, month or year, or fish or sea being revered as per local customs. All these traditions are handed over from one generation to the other so much so that these restraints become an integral part of the family and hence sacrosanct. Anyone in the fishing community is instantly ostracized – sometimes to the point of ex-communication – that no one dares to break this unwritten code within these communities.

Markets do not fathom this. Nor do they appreciate this. In their sole pursuit of the insatiable, nothing matters. And if anything comes in the way, it has to be per force exterminated. It may be pertinent to note that markets, in the above cited example, will be stable and hence sustainable when handled by fishermen and local communities. They have innate knack of handling excesses over the millennia. The tools of handling distortions are subtle and this wisdom is passed on from one generation to the other. What distorts the markets is when large corporates with ownership completely divorced 8 of the sensitivity involved in each and every particular coast, attempt to make profits as the sole drive and ruthlessly eliminate competition.

In the process, the local fisherman community get destroyed. So do species of fishes in the sea. This is what Arjuna briefly alluded to in opening verses of Chapter 1 of the Bhagavad Gita. It is this discipline that sustains families over extended period and disturbing the discipline, as we briefly saw in Chapter 4, could have all round cataclysmic consequences, including the national and global economy.

When culture is near-perfected with a self-balancing homeostatic mechanism – primarily family and to a small-extent community economies become sustainable over a longer period. This idea of family as the centrifugal force that controls the economic decision- making remains at the core of this book. Economic policies must be dovetailed factoring this paradigm. The question is – do governments and markets cognize this paradigm? In fact, it is our view and we argue right through this book that the government must not only cognize the role of family and the discipline associated with it, but must fashion economic policies that encourage families to be disciplined. This would make every national economy, workable. To illustrate further, when families believe that their children have to be cultured – a natural instinct of parents – and hence necessarily educated, the investment in education will be to that extent higher in an economy, then otherwise when parents do not take the responsibility of the educational needs of their children.

Therefore, governments must cognize these basic impulses of families (which may be distinct from individual impulses and may well be in line with market expectations) and fashion our economic policies. In the instant case, governments need to channel the saving impulse of family on account of their natural urge to educate their children towards investment in institutions that provide quality higher education.

What is the financial instrument that provides a long-term investment plan to young couples for the education of their child, the regulation to monitor the educational sector, subsidy for higher education, educational loans, and of course whether higher education should be a government monopoly or should the private sector be allowed, is a manner of greater detailing in the macro-economic policy framework – some to be decided and done by the government and some, necessarily by the family.

What is missed in the melee is that we forget the fact that the state cannot step and supplant, though it can supplement, the natural collective instincts and consequential decision making of parents. This must be true of several issues including housing, clothing, old age-related financial security and of course health-related matters of every 9 family member. In all these matters the root assumptions in modern economics is that it is the individual who decides, and therefore, the individual alone matters in the decision making forgetting for a fact that it is the family and family that is the basic socio- economic unit that determines several of the economic decisions that in the aggregate makes or mars the economy.

Therefore, it is family impulses that cumulatively shape, de-shape and reshape the economic policy formulation at a national level on several issues, and not the individual as popularly believed. If families, and not individuals, are placed at the center of our economic policies, the world of economics will be entirely different. Do we recognize this? Let us amplify. The natural urge of mankind to leave behind an imprint of themselves, as pointed out by Aristotle, is the biggest trigger for savings (and hence acquiring and bequeathing property) in an economy. It is this instinct that is the genesis of the idea of savings and the resultant property that Marxists seek to destroy.

Liberals too seek to do so, for the simple reason as family brings along with it, restraint – a virtual spoiler in their quest for unlimited profits.

In contrast, it is often noticed that societies with higher filial ties do tend to have a higher rate of savings. When families do not have the natural economic drive, or when families wither away, the engine of economic growth naturally splutters and gives away. To illustrates further, the natural impulse of young couples to educate their child will be obviously lower if they are engaged in the legal process of divorce. Naturally, in such cases, the child would suffer, and the government must necessarily step in to fill in the vacuum caused by the withering of the family by spending much more on the education of that child. This implies lower savings rate in an economy by the households and higher current expenditure by the government.

This distorts the current income in favor of current consumption and not towards investment and potentially future consumption. Demonstrably, this is the singular impact of couples who divorce or have children outside of their wedlock. If society permits couples to have children outside of their wedlock while steadfastly refusing to take care of them, the macroeconomic policies would have to be necessarily different.

Economic ideas riveted to simple GDP computation and computing quarterly growth rate will not be able to fathom the structural and qualitative difference between an economy where filial ties are strong and where it is not. To fund such higher current spending as explained above, governments resort to higher taxes from those who work, save and are disciplined! We would deal with the vexatious subject of taxes in the subsequent chapter too.

The original article named: “Family – the First Building Block in an Economy”, Retaining Balance (The Eternal Way) by MR Venkatesh, Page No. 202-206

Creepers of Compassion - A Book Review
Bonding to the Land: A Pagan view of Ecology
The Armed Forces (Special Powers) Act (AFSPA) & the North-East: Facts vs. Propaganda - PART - 2 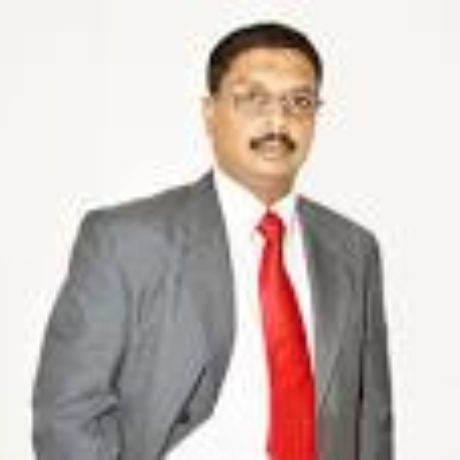