Book review on “Indian Models of Economy, Business and Management” by P. Kanagasabapathi

Also, in this 21st century, the emergence of India as a rising global force is also an encouraging example. Till the end of the book, the author has successfully proved and affirmed that when the rest of the world is searching for clues, Indians already have the solution. She should definitely come forward and emerge to take the larger responsibility for the whole world. 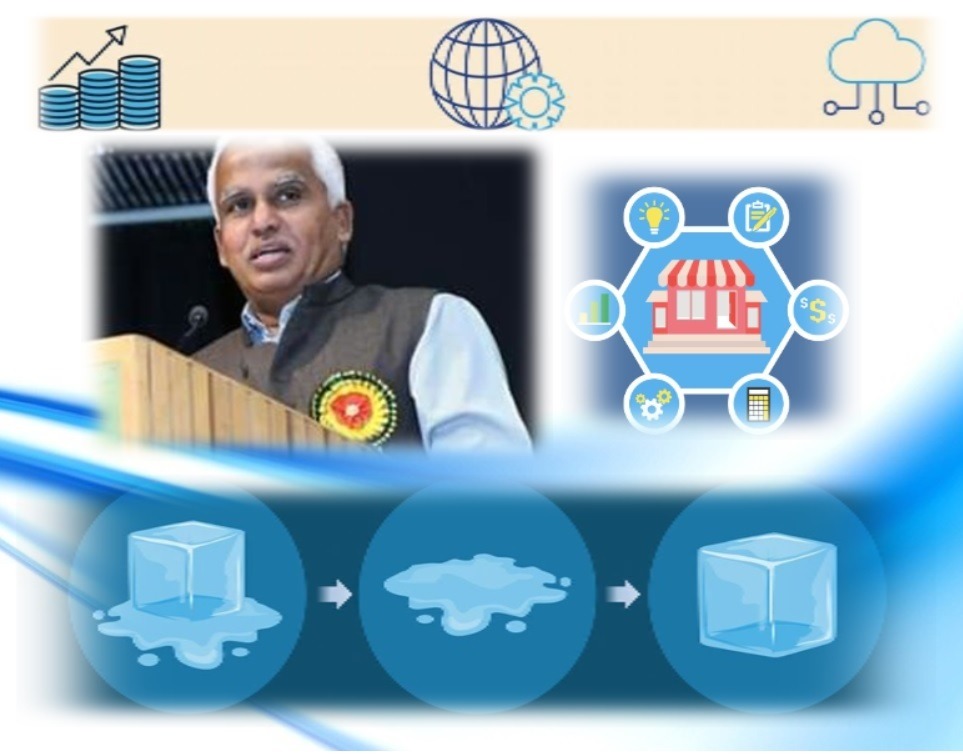 Filled with numerous data and charts in every step, collected through immense hard work and real-life research and analysis, the book is definitely an eye-opener for us. Firstly, it provides a refreshing vision when most of our brain is washed through the Western way of thinking. Secondly, it provides an optimistic view through its thorough information, examples and insights on how we can expect India to come forward as the emerging and most successful nation, as far as its economic, business and management sectors are concerned.
The author starts with the ancient economic system till independence when India has already proved her potential with her unique economic model. He demonstrates all the drastic changes she has faced from the Common Era- undergoing notable transformations from being the most predominant nation to the ruining done by the British. Thus he highlights the position of the country in terms of trade, agriculture and food production that has been a huge contributing factor. He illustrates the whole point through an important extensive chart that compares the GDP of various nations from 0 CE to 1700 CE. He also elaborates how Indian resources were utilized for the Industrial revolution that made India pay for it later on. However, he reminds us that the force of economic spirit is working within us till now, since we have not forgotten our native systems and we must keep them fully functioning.

The author discusses in detail the model of capitalism where means of production are privately owned and operated for profits through markets without any interference from the government. On the other hand, communism was a reaction to the poor outcomes of the Industrial Revolution and was created to oppose the prevailing capitalistic system. It is really unfortunate that we tend to understand India’s ancient economic model under the lens of these popular western models. Hence, he put the question that without any strong basis how could India survived for a long time, where these two “isms” are just very much new in front of India’s status? We need to maintain a proper balance between politics and markets- where people play with rules and break the rules like the extremism in communism and market fundamentalism.
Next, considering the successful economic approaches of the world, he compares the Indian with the western models. The difference lies in orientation and outlook of citizens and most importantly, the Indians have always emphasized on “above-the-self” idea unlike the self-interest approach of the West. He demonstrates the qualities like family base, high-savings nature, self-employment, high entrepreneurship in nature, faith and relations and role of norms and values found in the Indian system. Here, we find the Indian ones to be much simpler, more sustainable and designed to yield better results where the society can effectively work self-independently, continuing its mission midst of extreme disturbance and barriers.
While addressing and discussing the Indian business models, the writer reminds us how diversity in Indian blood has helped him to explore the unique interesting insights in depth. For this, he makes a brilliant comparison between the Modern US Corporate and ancient Indian “Sreni” forms of organizations. Further, he continues his research by providing insights into India’s business during every age from British dominion to independence and current era. He highlights the role of clusters in India in national income, employment, exports and innovation. The thorough analysis helps us to realize how India has come up with its own identity globally with its inherent strength of business models. Also, we see how new businesses like Satyam, Wipro, TCS, HCL and specially Bharati Airtel, though followed western approaches, but still implemented talent-based and native models to remain competitive and set an example for the world.

The book is also useful for beginners and learners from other fields to study the basic features of different business models. The attempt of the author helps us to perceive the distinguishing factors that are extremely necessary to understand the present global market scenario that is now going through major historical changes. Also, for the experts in this field, the study would bring benefits in terms of planning and formulating policies in the current circumstances. He details the function of family orientation, dominance of non-corporate sectors, methods of fund generation, role of women, community drive, role of Banias and neo-Banias, less dependency on state, ability to bear risks and above all having relationships, faith and goodwill playing in India at the base. On the other hand, the western models are individualistic with a dominance of corporate sector and unlike the Indians, they are risk diverting with a huge absence of any ethical orientation. India possesses a massive non-corporate sector while production models in the West are more mechanized and capital intensive. The domestic factors, not the external ones like homegrown talents and much more effective usage of capital than multinational enterprises are unique qualities of India taking her to the next level.
With a special focus on the Indian models, P. Kanagasabapathi also writes about various practical strategies in different prevalent management systems. He demonstrates the characteristics of western management models, identifies their flaws and provides the answer to why it is unsuitable to be implemented in other nations and cannot bring long-term success. Then, he analyzes the Indian management which is rich from ancient time as found in scriptures like Bhagavat Gita, Arthashastra and Thirukkural. In this regard, it is important to note that the Indian view is holistic and the Vedantic world views consciousness in human beings as the primary and important factor. Our cosmic vision is implemented in business, and tends to accept and own our social liabilities towards every stakeholder and beyond environment and competitors. Here, the concept of Rina goes far beyond the concept of social responsibility. As Indians when people interact with others, individuals, groups or organizations, they like to deal with everyone as Kutumb or one family and thus making mutual help and support, working an essential part of communication and dealings. Above all, the sacro-secular symbiosis that India continues for thousands of years as reflected in the life and work of famous Raja Rishis set an epitome of leadership in front of current business leaders. Moreover, Indians are fortunate to have this temperament not diluted by materialistic and colonial culture and still deep-rooted in cultural ethos. The book provides us that immense courage to recognize it and nurture it with any improvisation as needed.
No doubt, the prolonged invasion and colonization have left India as a poor nation. But, still, the book provides us a ray of hope through the detailed demonstration of the economic, business and management models that have been constantly pushing the country to reach higher limits. And, not only that, it can also work as the torch bearer for other parts of the world also. India has already proved her ability through positive influences that have also made its marks in the recipient lands in getting richer, wherever the Indians went. Also, in this 21st century, the emergence of India as a rising global force is also an encouraging example. Till the end of the book, the author has successfully proved and affirmed that when the rest of the world is searching for clues, Indians already have the solution. She should definitely come forward and emerge to take the larger responsibility for the whole world.

Book review on "Virtue, Success, Pleasure, and Liberation" by Alain Daniélou
A Brief History of Indian Science. Some Underlying Principles.
Who is a Disbeliever or Kafir?