Commerce played a great role in making India the universal exporting centre of the economic world in ancient times. Not only was the corporate form used for business enterprises in Ancient India, but also for political and social purposes and went by variety of names-gana, samgha, sabha, sreni and others too. 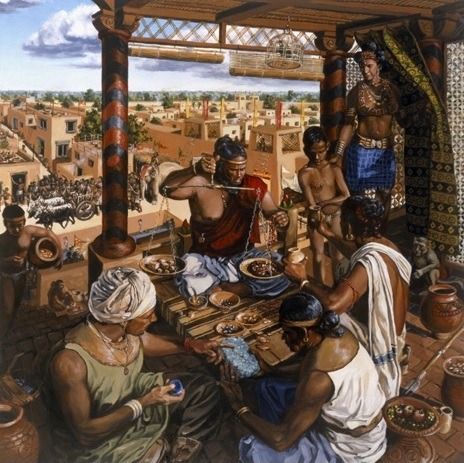 As India is an ancient nation with a proud economic background, businesses must have existed and flourished since the earlier times. It is relevant to remember that India was well-known in the international business since the ancient times. Agarwala writes: “Commerce played a great role in making India the universal exporting centre of the economic world in ancient times.” He notes that there were commercial cities and trade centres dominated by the merchant class more than five thousand years ago. To quote: “Commercial cities like Harappa and Mohenjodaro were founded in the fourth and third millennium BC. Trade centres had also come up in western India in the fourth and third millennium BC resulting in the domination of Indian society by merchants; these commercial people were instrumental in bringing about the first mercantile revolution. India thus became a great exporting country”.

Apart from the individual and family-based businesses, different forms of organizations seemed to have functioned since the earlier times. Khanna notes: “The earliest Indian writings do make references to organizational forms. The Rig Veda makes reference to the pani (akin to a partnership amongst traders for trade caravans) and the Mahabharata to the sreni.” Evidences indicate that these forms of organizations were known to have existed at least about 2800 years ago. Based on sources, Khanna writes: “… if one uses the most recent dating for the earliest written materials (1500 BC to 1000 BC) then by 1000 BC to 800 BC the sreni and pani were known to Indians.” He notes further that ‘the sreni predates the earliest Roman prototype corporations by centuries’ and it is ‘considerably more complex and detailed than the Roman entities’

Table 6.1 shows that the ancient Indian sreni form of organization possessed characteristics similar to the modern US corporations. It only shows the capacity of ancient Indians to establish different types of enterprises suited to the growth of businesses much ahead of the times. Besides business, the corporate form of organization was used for other purposes also in the ancient days. “Not only was the corporate form used for business enterprises in Ancient India, but also for political and social purposes and went by variety of names-gana, samgha, sabha, sreni and others too”.

During the period of Indus Civilization from about 4000 BCE to 1900 BCE, there was trade within and outside the country. Khanna mentions that even during this period, “… it does appear that some of the basic pre-conditions for the development of organizational forms were present….” Around 700 BCE, two Indian religions, namely Buddhism and Jainism were founded. Different sources suggest that during this period, “the sreni were numerous, in varied fields, and indeed could be mobile from one place to another. The sreni were clearly important in the society as they were often invited for official state functions. They were also actively involved in trading, production (crafts), and rudimentary banking services by this time. Their importance is further highlighted by the fact that the Bhandagarika (an arbitrator for inter-sreni disputes) became established as a government official” Later during the times of the Mauryan Empire, the state played an important role in regulating the economic activities and “the sreni were a large and growing sector of Indian life”

The Gupta Empire roughly dating from 240 to 550 CE is referred to as “India’s Golden Age.” Efficient administration, scientific and technological developments and contacts of the rulers with the other countries helped the growth of the economy and resulted in a vibrant domestic and foreign trade during this period. “Some estimate that there were at least 150 sreni by this time”. It is reported that the written sources during this period provide detailed accounts of sreni, “… the importance and enforceability of sreni dharma, the mobility of the sreni, the multi-profession sreni, and the expansion of the sreni into various other aspects of life!”. During the post-Gupta period, a number of kingdoms ruled parts of India for around 400 years, and there were wars resulting in the general decline of trade. Around 1000 CE, different parts of North India was subjected to Islamic invasions and about two centuries later South India was invaded. During that time onwards, there were frequent wars within the country to obtain control of different regions. As a result the business suffered and the sreni form of organization continued to weaken.

Agarwalal notes that “During the period of Delhi Sultanate, which extended from the closing years of the twelfth century to the founding of the Mughal Empire in 1526, the economic activities in cities continued to flourish despite the decay of the ancient self governing village assemblies. Ibn Battutah, during his travels from 1333 to 1346, found great cities with rich markets in the Upper Gangetic valley, in Malwa and Gujarat, in the Deccan and in Bengal as well as in the Malabar region in the extreme south. He found the ports of Quilon and Calicut in Malabar comparable with Alexandria in Egypt, Sudak in the Crimea and Zaytun in China in terms of their magnificence and the quantum of trade handled by them.”

Is God in Pain? (Part-4)
The Advaita Vedanta Critique of Buddhism: Absolute Idealism vs. Subjective Idealism
Gender Change - The Japanese Soldier Born as a Burmese Girl. Exploratory Studies in Reincarnation. 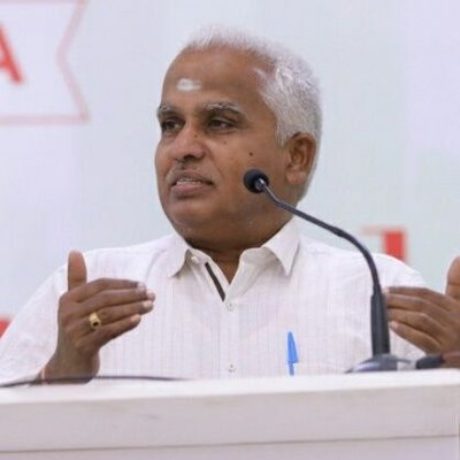