Einstein was fond of saying: “A theory must not contradict empirical facts”. The Aryan invasion theory then clearly fails this basic test. It is now time to heed Einstein’s advice and take a look at the historical processes that led to the formation of this theory. 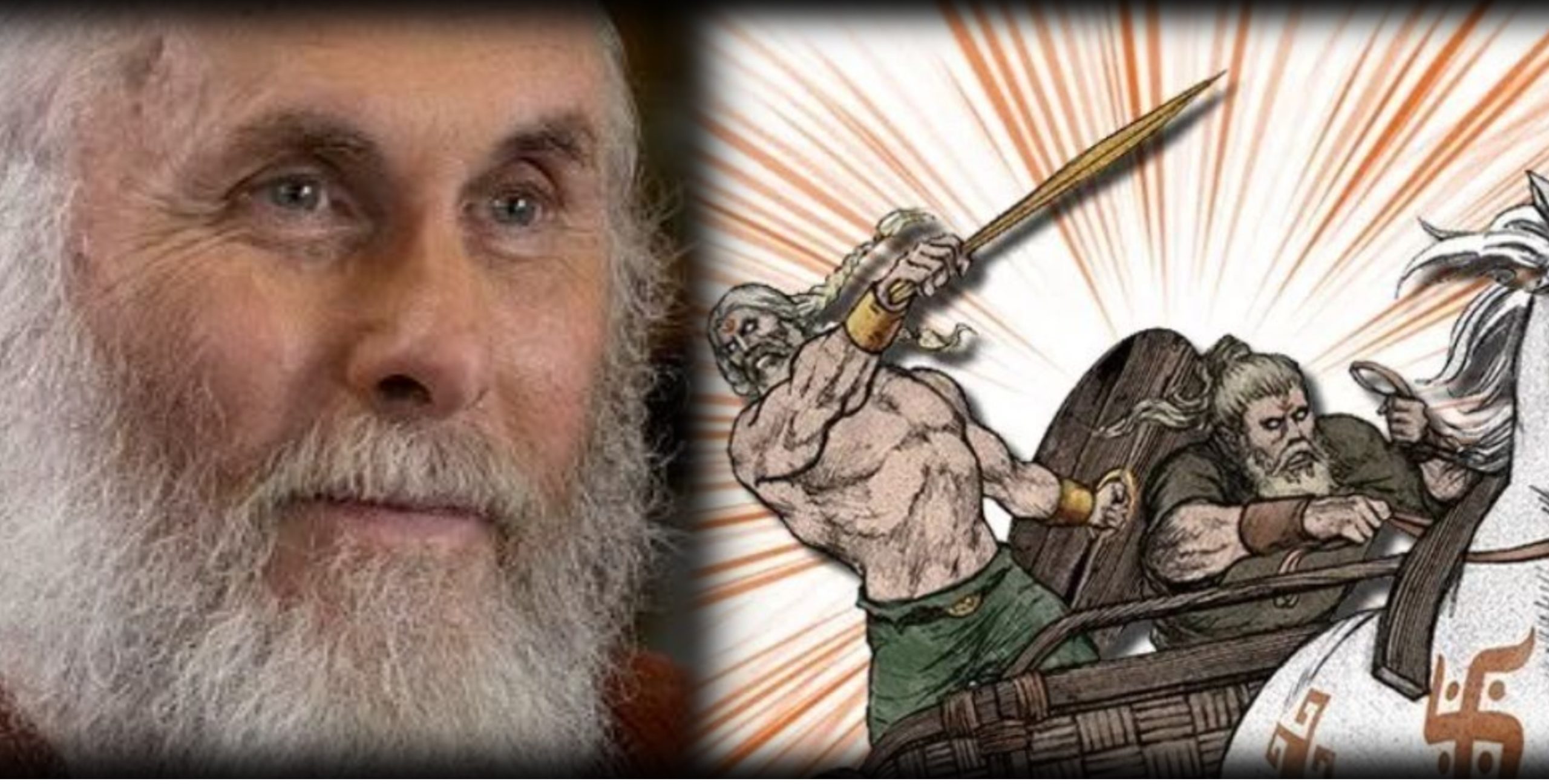 Before we get to the paradox in question, we first need to be very clear that by ‘Aryan’ we mean the culture and the society that derive from the Vedas, and not any race. Dravidians are those who live in the Dravida country, which, lies in the south of the peninsula. It is a geographical, and not a cultural term that stands in opposition to the Aryans. In fact, Dravidians are also Aryans as long as they are part of the same culture. And this has been the Indian view from time immemorial. We shall have a little more to say about it later, but for the present this much will do. (Also, see Dravidians in the Glossary.)

Now to return to the paradox; it arises from the fact that the Harappans of the Indus Valley have left profuse archaeological records over a vast region – from the borders of Iran and beyond Afghanistan to Eastern UP and the Tapti Valley. This is an area well over a million square kilometers in extent that must have supported several millions of people, assuming even a moderate population density. And yet these people have left absolutely no literary records. The Vedic Aryans and their successors on the other hand have left us a literature that is probably the largest in the world. But according to the Aryan invasion theory there is absolutely no archaeological record that they ever existed. So we have a concrete history and archaeology of a vast civilization of ‘Dravidians’ lasting thousands of years that left no literature, and a huge literature by the Vedic Aryans who have left behind to history and no archaeological records.

It is also worth noting that the earliest ‘Dravidian’ literature – in Tamil – dates from no earlier than the first century BCE, more than two thousand years after the period when the Harappan society was at its Height. This is made doubly paradoxical by the fact that the Harappans we know were literate while the invading Aryans supposedly were not, and yet it is the literature of the illiterate Aryans that has survived; of the literature of the literate Harappans, not a trace is said to have remained.

Then there is the further paradox of the sciences. The proponents of the Aryan invasion tell us that geometry and astronomy were borrowed by the Indians from the Greeks following Alexander’s invasion of India. But the so-called Indus (Harappan) sites from Mahenjo-Daro, Harappan and many others show that the inhabitants must have been quite adept at geometry and basic arithmetic. From time immemorial, town planning with carefully laid out streets and drainage systems has been the hallmark of the Hindu city. The world had to wait some two thousand years, until the Roman Empire, before town planning and sanitation attained the same levels as in Harappan cities. How could this be possible if the Indians knew no geometry before Alexander? Where did the mathematics needed for all this come from?

All this is still only the beginning. Harappan sites from Baluchistan to Gujarat to UP have revealed Yajnasalas or Vedic sacrificial altars showing that its inhabitants were followers of the Vedic religion. The Sulbasutras, which are mathematical texts from the post Vedic period, contain detailed technical instructions for the construction of Sacrificial altars of various kinds. Based on Seidenberg’s pioneering work and a comparison of the Sulbasutras with Egyptian and Old-Babylonian records, it is shown later that the mathematics of the Sulbasutras must have existed long before 2000 BCE. In the same context, we also make the case that even Egyptian pyramids of the third dynasty and earlier (before 2500 BCE) were very probably based on a Vedic funeral altar known as the Smasana-cit. The late American mathematician and historian of science Seidenberg in fact demonstrated that all ancient mathematics is derived from “Vedic mathematics’ as the Sulbasutras are commonly known. All this preceded Pythagoras the ‘father of Greek geometry’ (which he was not) by two thousand years or more.

We are thus left with the paradox of examples of construction that are part of the supposedly Dravidian Indus sites, while the instructions for building them are found in the Vedic literature of the invading Aryans who supposedly destroyed them. A paradox indeed! Thus the only explanation is it was Vedic mathematics – as the Sulbasutras are commonly known – that made the great cities of the Harappan civilization possible.

Einstein was fond of saying: “A theory must not contradict empirical facts”. The Aryan invasion theory then clearly fails this basic test.

These new findings about ancient mathematics are now making their way into modern books on history of science. Historians of science as a rule have shown themselves to be more willing than many ‘establishment’ Indian historians to change their views in the face of mounting evidence. The scientific evidence against the invasion theory therefore is just overwhelming. The real question comes down to one of interpretation of the Rigveda and the steps necessary towards formulating a chronology of the Aryans in the light of new data as well as new scientific techniques now available to the historian. And this we see as one of the principal contributions of the present work.

As far as the Aryan invasion theory is concerned, the question may now be framed not so much as an explanation of facts or evidence, as one of sociology and politics. How could this theory that is contradicted by nearly all the evidence, continue to be the ‘establishment’ version of history found in our texts, and even in such authoritative sources as the Encyclopedia Britannica?

How did it get established in the first place? To understand this we must go back to the issue raised by Einstein, and study the process by which a theory is formed and gets established.

This leads us to a second story – the story of the rise and impending fall of this theory of a mythical invasion that really belongs to the pseudo-sciences, but was somehow sustained by politics and appeals to authority. This is by itself a fascinating story, one that should be known to everyone interested in history, and not only of India. Heaven knows how much falsehood has been perpetrated on generations of unsuspecting students as ‘history’ by ‘experts’ with axes to grind.

But unlike India, most other ancient societies have left behind nothing but mute monuments, with no living continuing tradition to rise up and challenge the portrayal of their past by scholars with alien mindsets. As custodians of this great tradition, it is the duty of Indian scholars to lead the effort in the writing of a more balanced and accurate history of the ancient world. And this goes far beyond the Aryan invasion and the Aryan-Dravidian conflicts.

It is now time to heed Einstein’s advice and take a look at the historical processes that led to the formation of this theory.