The Colonial Surveys on Education

The most well-known and controversial point which emerged from these surveys was an observation made by William Adam in his first report that there seemed to exist about 1,00,000 village schools in Bengal and Bihar around the 1830s. 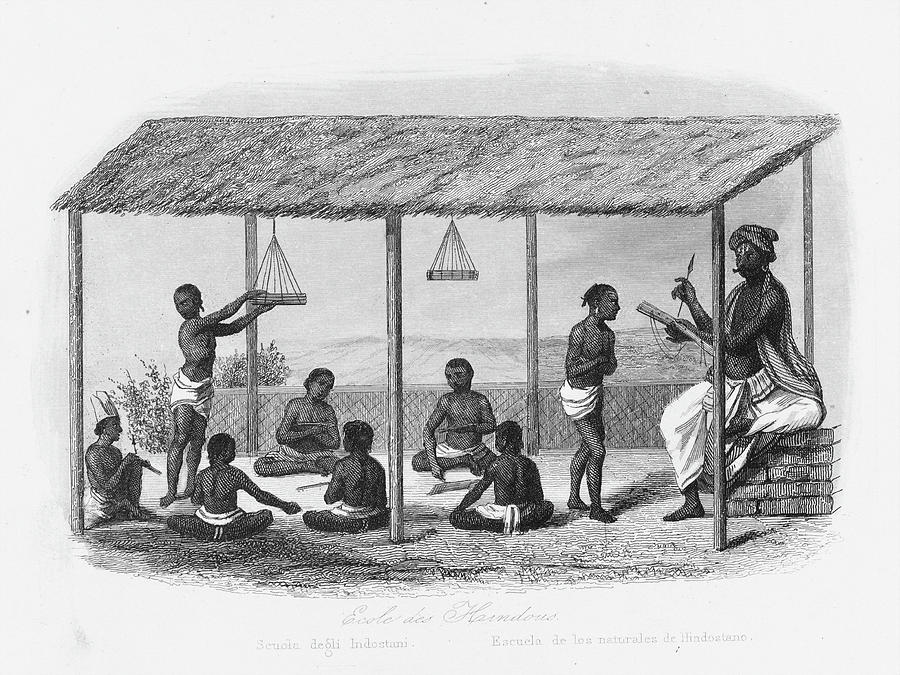 The instructions regarding the collection of information about the extent
and nature of indigenous Indian education and its contemporary state were
largely the consequence of the long debate in the House of Commons in 1813
on the clause relating to the promotion of “religious and moral improvement” in
India. Before any new policy could be devised, the existing position needed to
be better known. But as generally happens in the gathering of any such
information, and more so when such collection of data was a fairly new thing,
the quality and coverage of these surveys varied from presidency to presidency
and even from district to district.
The information which is thus available today, whether published, or still
in manuscript form in governmental records as is true of the details of the
Madras Presidency indigenous education survey, largely belongs to the 1820s
and 1830s period. An unofficial survey made by G.W. Leitner in 1882 for the
Panjab compared the situation there for the years before 1850, with that in
1882.