When Ma Tin Aung Myo was four years old, she was walking with her father one day when she became very upset as an airplane flew overhead. After that, she cried every time a plane flew over, a behaviour she showed for a number of years. She also showed a strong identification as a male. When she was young, she played with boys, and in particular, she liked to pretend to be a soldier. 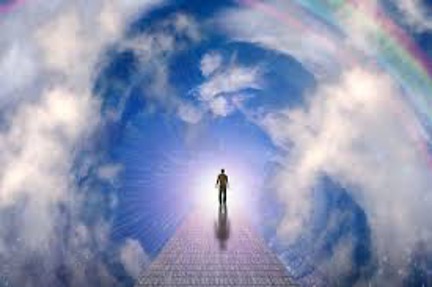 The case of Ma Tin Aung Myo, born in 1953, is a good example. During her pregnancy, her mother dreamed three times that a Japanese army cook whom she had known during the Japanese army’s occupation of Burma followed her and said that he wanted to come and stay with her family. When Ma Tin Aung Myo was four years old, she was walking with her father one day when she became very upset as an airplane flew overhead. After that, she cried every time a plane flew over, a behaviour she showed for a number of years. She said that she was afraid that the planes would shoot her. Around that time, she began saying that she longed for Japan, and she gradually told the story of being a Japanese soldier who was killed by machine-gunfire from a low-lying plane while he was stationed in her family’s village.

In addition to her phobia of planes and her longing for Japan, Ma Tin Aung Myo complained of the hot Burmese climate. She also did not like spicy Burmese food and preferred to eat sweet foods, and she liked fish, particularly half-cooked fish, as a young child. She used words that her family could not understand, but since no one around her knew Japanese, we have no way of determining if these might have been Japanese words.

Ma Tin Aung Myo did not show one feature that the children in a number of these Burmese-Japanese cases have shown, which is a great reluctance to wear traditional Burmese attire. Burmese men and women generally wear longyis, a garment similar to an ankle-length skirt, with shirts or blouses, but a number of the children have insisted on wearing trousers instead, as Japanese men would do.

She also showed a strong identification as a male. When she was young, she played with boys, and, in particular, she liked to pretend to be a soldier. She said that she wanted to be a soldier and asked her parents to buy toy guns for her. She also insisted on wearing boys’ clothes, and this produced a crisis when school authorities demanded that she come to school dressed as a girl. She refused and dropped out of school at the age of eleven. As a young adult, she continued to identify herself as a male, and she preferred that people address her using a male honorific instead of a female one. Dr. Stevenson last saw her family when she was twenty-seven years old. At that point, she was living with her steady girlfriend in another town. Her family reported that she still talked about wanting to join the army and continued to dress as a male.

Before we consider what could lead to this cross-gender behaviour, we need to look at current thinking about gender identity disorder in general. It is a disorder in which children show an identification with the opposite sex and discomfort with their own sex. Though quite a bit of research has been done, its cause is still largely unknown. A number of biological and psychological factors are thought to be required to interact during a critical time period to produce the disorder. Some have speculated that sex hormones during pregnancy could be involved, but little direct evidence is available to support that.

Most of the research that has been done on gender identity disorder has been with boys. Though rare among all children, it is much more common in boys than in girls. In that research, no clear evidence exists that mothers of boys with the disorder want to have a girl more than other mothers, but in some cases, their disappointment about not having had a girl may affect how they relate to their sons. Other factors that may be associated include psychological disturbance in the parents, anxiety in many of the children about separating from their parents, and such psychological issues as a distant father-son relationship and a mother’s perception that females are more nurturing than males.

Ma Tin Aung Myo’s mother’s dreams about the Japanese soldier may have at least raised the possibility in her mind that he would be reborn as her child, but she did not intentionally encourage Ma Tin Aung Myo to want to be a boy. Whether a mother’s wishes or expectations could exert a significant influence over a child’s subsequent gender identity is not clear. Cases have recently been reported in which boys were raised as girls after they had accidents as infants in which they lost their penises. In one case, the patient did develop a female gender identity but also had a childhood history of being a “tomboy” and developed a bisexual orientation while being mainly attracted to women. In the others, the patients developed male gender identities despite their parents’ best efforts to raise them as girls, so we have little reason to think that the parents in our cases, because of their past-life beliefs, could have unconsciously interacted with their children in ways that produced the gender identity disorder.

Music and Childhood in America
Evolution cannot explain the origin of Language
The Hindu Sikh Cleavage: Story of British Machination