Plato’s criterion of “wholesomeness” implies that nothing ought to be made, nothing can be really worth having, that is not at the same time correct or true or formal or beautiful (whichever word you prefer) and adapted to good use. 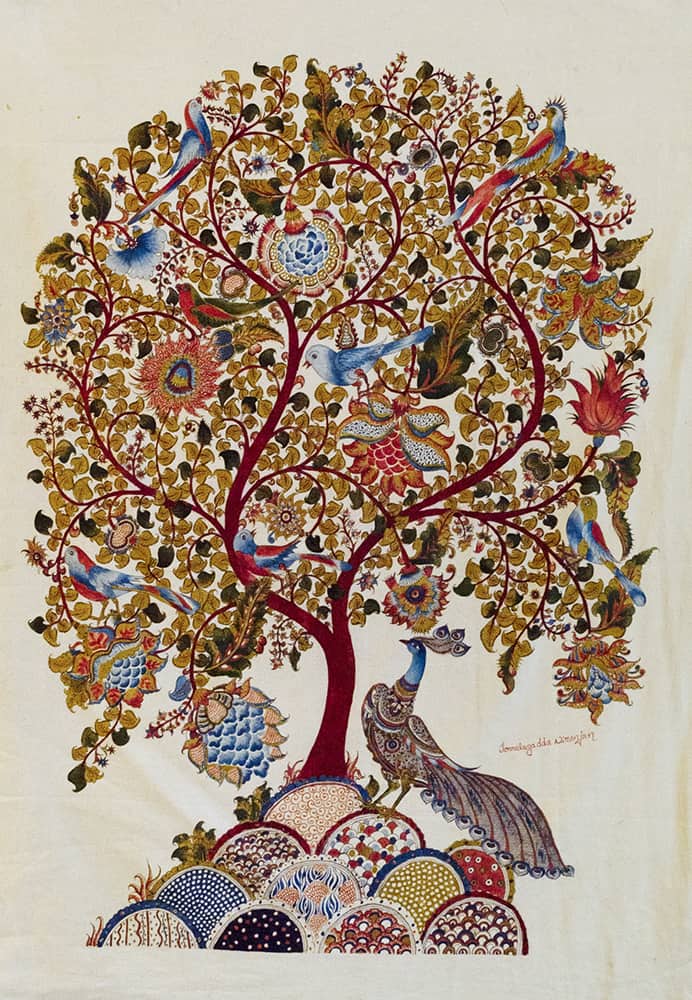 It is one of Plato’s virtues, and that of all traditional doctrine about art, that “value” is never taken to mean an exclusively spiritual or exclusively physical value. It is neither advantageous, nor altogether possible, to separate these values, making some things sacred and other profane: the highest wisdom must be “mixed”[1] with practical knowledge, the contemplative life combined with the active. The pleasures that pertain to these lives are altogether legitimate, and it is only those pleasures that are irrational, bestial, and in the worst sense of the word seductive and distracting that are to be excluded. Plato’s music and gymnastics, which correspond to our culture and physical training, are not alternative curricula, but essential parts of one and the same education.[2] Philosophy is the highest form of music (culture), but the philosopher who has escaped from the cave must return to it to participate in the everyday life of the world and, quite literally, play the game.[3] Plato’s criterion of “wholesomeness” implies that nothing ought to be made, nothing can be really worth having, that is not at the same time correct or true or formal or beautiful (whichever word you prefer) and adapted to good use.

For, to state the Platonic doctrine in more familiar words, “It is written that man shall not live by bread alone, but by every word of God,…that bread which came down from heaven,”[4] that is, not by mere utilities but also by those “divine realities” and “causal beauty” with which the wholesome works of art are informed, so that they also live and speak. It is just to the extent that we try to live by bread alone and by all the other insignificant utilities that “bread alone” includes— good as utilities, but bad as mere utilities—that our contemporary civilization can be rightly called inhuman and must be unfavorably compared with the “primitive” cultures in which, as the anthropologists assure us, “the needs of the body and soul are satisfied together.”[5] Manufacture for the needs of the body alone is the curse of modern civilization. Should we propose to raise our standard of living to the savage level, on which there is no distinction of fine from applied or sacred from profane art, it need not imply the sacrifice of any of the necessities or even conveniences of life, but only of luxuries, only of such utilities as are not at the same time useful and significant. If such a proposal to return to primitive levels of culture should seem to be utopian and impracticable, it is only because a manufacture of significant utilities would have to be a manufacture for use, the use of the whole man, and not for the salesman’s profit. The price to be paid for putting back into the market place, where they belong, such things as are now to be seen only in museums would be that of economic revolution. It may be doubted whether our boasted love of art extends so far. It has sometimes been asked whether the “artist” can survive under modern conditions. In the sense in which the word is used by those who ask the question, one does not see how he can or why he should survive. For, just as the modern artist is neither a useful or significant, but only an ornamental member of society, so the modern workman is nothing but a useful member and is neither significant nor ornamental. It is certain we shall have to go on working, but not so certain that we could not live, and handsomely, without the exhibitionists of our studios, galleries, and playing fields. We cannot do without art, because art is the knowledge of how things ought to be made, art is the principle of manufacture (recta ratio factibilium), and while an artless play may be innocent, an artless manufacture is merely brutish labor and a sin against the wholesomeness of human nature; we can do without “fine” artists, whose art does not “apply” to anything, and whose organized manufacture of art in studios is the inverse of the laborer’s artless manufacture in factories; and we ought to be able to do without the base mechanics “whose souls are bowed and mutilated by their vulgar occupations even as their bodies are marred by their mechanical arts.”[6] Plato himself discusses, in connection with all the arts, whether of potter, painter, poet, or “craftsman of civic liberty,” the relation between the practice of an art and the earning of a livelihood.[7] He points out that the practice of an art and the wage-earning capacity are two different things; that the artist (in Plato’s sense and that of the Christian and Oriental social philosophies) does not earn wages by his art. He works by his art, and is only accidentally a trader if he sells what he makes. Being a vocation, his art is most intimately his own and pertains to his own nature, and the pleasure that he takes in it perfects the operation. There is nothing he would rather work (or “play”) at than his making; to him the leisure state would be an abomination of boredom. This situation, in which each man does what is naturally (kata physin = Skr. svabhāvatas) his to do (to heautou prattein = Skr. svadharma, svakarma), not only is the type of Justice,[8] but furthermore, under these conditions (i.e., when the maker loves to work), “more is done, and better done, and with more ease, than in any other way.”[9] Artists are not tradesmen. “They know how to make, but not how to hoard.”[10] Under these conditions the worker and maker is not a hireling, but one whose salary enables him to go on doing and making. He is just like any other member of a feudal society, in which none are “hired” men, but all enfeoffed and all possessed of a hereditary standing, that of a professional whose reward is by gift or endowment and not “at so much an hour.”

The separation of the creative from the profit motive not only leaves the artist free to put the good of the work above his own good, but at the same time abstracts from manufacture the stain of simony, or “traffic in things sacred”; and this conclusion, which rings strangely in our ears, for whom work and play are alike secular activities, is actually in complete agreement with the traditional order, in which the artist’s operation is not a meaningless labor, but quite literally a significant and sacred rite, and quite as much as the product itself an adequate symbol of a spiritual reality. It is therefore a way, or rather the way, by which the artist, whether potter or painter, poet or king, can best erect or edify (eksorthoō) himself at the same time that he “trues” or cor-rects (orthoō) his work.[11] It is, indeed, only by the “true” workman that “true” work can be done; like engenders like.

When Plato lays it down that the arts shall “care for the bodies and souls of your citizens,” and that only things that are sane and free and not any shameful things unbecoming free men (aneleuthera)[12] are to be represented, it is as much as to say that the true artist in whatever material must be a free man, meaning by this not an “emancipated artist” in the vulgar sense of one having no obligation or commitment of any kind, but a man emancipated from the despotism of the salesman. Whoever is to “imitate the actions of gods and heroes, the intellections and revolutions of the All,” the very selves and divine paradigms or ideas of our useful inventions, must have known these realities “themselves (auta) and as they really are (hoia estin)”: for “what we have not and know not we can neither give to another nor teach our neighbor.”[13]

In other words, an act of “imagination,” in which the idea to be represented is first clothed in the imitable form or image of the thing to be made, must precede the operation in which this form is impressed upon the actual material. The first of these acts, in the terms of Scholastic philosophy, is free, the second servile. It is only if the first be omitted that the word “servile” acquires a dishonorable connotation; then we can speak only of labor, and not of art.

Source:- , “A Figure of Speech, or a Figure of Thought?” in Ananda K. Coomaraswamy, Figures of Speech or Figures of Thought? The Traditional View of Art (London: World Wisdom, 2007), pp. 15-19

[6] Republic 495E; cf. 522B, 611D, Theaetetus 173AB. That “industry without art is brutality” is hardly flattering to those whose admiration of the industrial system is equal to their interest in it. Aristotle defines as “slaves” those who have nothing but their bodies to offer (Politics I.5.1254b 18). It is on the work of such “slaves,” or literally “prostitutes,” that the industrial system of production for profit ultimately rests. Their political freedom does not make of assembly-line workers and other “base mechanics” what Plato means by “free men.”

[9] Republic 370C; cf. 347E, 374BC, 406C. Paul Shorey had the naïveté to see in Plato’s conception of a vocational society an anticipation of Adam Smith’s division of labor; see The Republic, tr. and ed. P. Shorey (LCL, 1935), I, 150-151, note b. Actually, no two conceptions could be more contrary. In Plato’s division of labor it is taken for granted not that the artist is a special kind of man but that every man is a special kind of artist; his specialization is for the good of all concerned, producer and consumer alike. Adam Smith’s division benefits no one but the manufacturer and salesman. Plato, who detested any “fractioning of human faculty” (Republic 395B), could hardly have seen in our division of labor a type of justice. Modern research has rediscovered that “workers are no governed primarily by economic motives” (see Stuart Chase, “What Makes the Work Like to Work?” Reader’s Digest, February 1941, p. 19).

[10] Chuang-tzu, as quoted by Arthur Waley, Three Ways of Thought in Ancient China (London, 1939), p. 62. It is not true to say that “the artist is a mercenary living by the sale of his own works” (F. J. Mather, Concerning Beauty, Princeton, 1935, p. 240). He is not working in order to make money but accepts money (or its equivalent) in order to be able to go on working at his living—and I say “working at his living” because the man is what he does.

[11] “A man attains perfection by devotion to his own work … by his own work praising Him who wove this all…. Whoever does the work appointed by his own nature incurs no sin” (BG XVIII.45-46).

Dishonesty of Colonial ‘Scholars’: The Case of Monier Williams
How Indian Philosophy transcends Logic and Morality
The Importance of Mothers