The Vice Chancellor of a Liberal Arts University had once asked me whether I had ‘benchmarked’ the Performing Arts School’s curriculum with current international practices as chair of the curriculum committee? The question actually was ‘Did you copy foreign university practices?’ 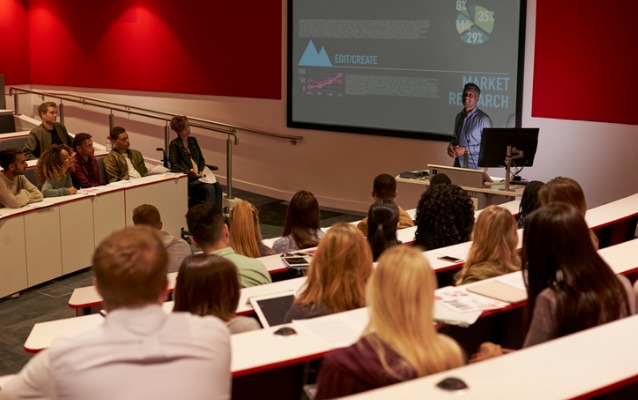 Education and Culture shape each other from time to time. However, we have allowed our culture and heritage to be so deeply eroded that our mainstream educationists are bereft of the keys to unlock our culture. This has led them to look outside and inculcate an incoherent worldview and further mutilate the Sanatana worldview. So much so, that this mutilated concoction of misunderstandings has been communicated to generations. Today, our youngsters almost abhor all that represents Bharata.

I take our private university education as the subject, to delve a little deeper into this serious problem as it has manifested in our young undergraduates, graduates, scholars, junior, and senior researchers today. The problem is so deep that they have legitimised false narratives and internationalised them. The case of the fashionable Liberal Arts Schools in various private universities is, as I see it, a red signal of the final onslaught on our culture, nay, sanskriti.

So, I am focusing on Liberal Arts as a case within private universities here.

Our private universities are revenue oriented, run either by business houses or politicians and seldom by social entrepreneurs. For over a decade they’ve found another catch word to attract students ‘Liberal Arts’. More often than not all of them seem to be confused between Liberal Education and Liberal Arts. Interdisciplinary study means for them pursuing an art and a science together. I shall take up the definitive aspects in my following articles.

A considerable number of universities have high optical value, poor academic content and its delivery, ornamental faculties, and dubious evaluation systems. In the name of interdisciplinarity, confusion prevails. The result is that students are masters of none and sincere academicians even upto the level of Dean are overburdened with unnecessarily complicated administrative work thanks to the minor-major subject jugglery.

On many teachers the Democles Swords hang rather precariously as KRAs are based on feedback from immature, disinterested, and often vindictive students whom the teachers may have failed in tests. In one Liberal Arts university, the feedback would be taken after results were declared- a clear arm twisting tactic for teachers to give good grades to students which fact will shine in the university’s showcase.

In addition, faculty members are made to feel guilty for low research and publication output. High international standards are thrust upon them without giving them dedicated time for such research and publication. This is merely in order to create a perception of parity with top Western universities. By international standards, this is exploitation. The ‘publish or perish’ culture is applied indiscriminately and irrespective of disciplinary considerations leading to a high rate of perishability and attrition.

Let’s go into the much touted, but brutalised faculty of ‘Liberal Arts’ a little deeper which was merely copied because it flourished in America. This was a replacement for the traditional Arts or Humanities faculty at undergraduate and post-graduate levels we encountered before say about a decade back and which had fallen from favour in contrast to science and commerce subjects.

Without going into the history of Liberal Arts, I have observed that the academic structuring is usually cut-pasted from foreign university websites, without regard to the Bharatiya situation and context. Mere inclusion of Indian art forms is usually meant to give it an exotic value. Nothing of real value is taught or researched in these ‘schools’. Quite to the contrary, students are misguided both in skill-sets and philosophy, by half-baked and opinionated teachers many of whom are leftists and ill-informed.

There is no consideration to whether enough number of competent teaching talent is available in India that can service the elements of that structure or not. The solution to this is problem is sought in a preferential treatment to faculty of western origin or those holding western degrees especially from The USA. Emic view of our culture is an obvious and sure casualty leading to intellectual colonisation of next generation Indians.

It is common to encounters westerners teaching Raga, Yoga, Meditation, Nritya, and even Veda and Upanishad. Can’t our students settle for universities in India without westerners visible on websites? Are there no competent Indian teachers to teach Indian subjects? The ploy is also to attract foreign students from non-Western world.

By this dangerous misuse of financial prowess, promoters of such universities are doing a double disservice to India’s superior cultural heritage:

Valley and the Deep Sea

Traditionally trained humanities teachers belong to the older colonial era of the British. She has little idea of the modern Liberal Arts milieu and is often overwhelmed mainly due to ignorance. On the other side, the foreign degree holder or foreign faculty member who is familiar with Liberal Arts has a major disconnect with Indian cultural value system and conceptual framework. The epistemology that emerges in the curricula they design, do not bear even traces of Bharatiya Sanskriti. Barring the use of some mis-interpreted concepts such as ‘caste’, ‘patriarchy’, ‘religion’, and Guru-Shishya Parampara, etc there is hardly anything of real value what they design.

The foreign educated Indian teachers often are thrusting upon the students in toto, theories and models that were created in and for the Western world.

Thus we produce psychologists, lawyers, fine-artists, musicians, journalists, film-makers, etc., who’re neither highly skilled nor academically mature. They have no idea of Bharatiya sanskriti either.

It is for mere self-gratification at the personal level we call our students inter-disciplinarians and at the institutional level create an hypnotic mirage that would attract the unsuspecting parents who want their children to fulfil the proverbial American dream – actually unworthy of pursuing.

Before even we could fully re-build on our own premises of educational cultural edifice, we have allowed ourselves to be uprooted. Before we could rediscover our own educational heritage we have dislodged ourselves. We’re party to a cultural genocide due to our own indiscriminate cut-paste culture and apathy for the real core cultural values that Bharata stands for.

As I have discussed above, private universities use the term Liberal Arts for the following two purposes broadly:

The NEP 2020 talks of the development of the left and the right brains. This does not happen the way it is being done in Liberal Arts schools and universities. Merely learning the guitar while learning Physics is not inter-disciplinary or does not help achieve the stated goal of NEP.

As a marketing tool the buyer is fooled in such a way that for instance, counting the trees will be impossible, but a greenery is guaranteed. Yet, one would not know whether the greenery is of a grassland, forest, farm, or moss. She can definitely see some patch of green out there.

The very basic purpose of Liberal Arts is undermined by its very format and overloading students who, specially in expensive outfits don’t want to study.

Media coverage of Liberal Arts universities often comprises advertorials or paid news/news analyses. An article with the attractive headline ‘The state of liberal arts education in India’ actually was full of eulogies for the various such universities and nowhere gives the real picture.[1] I could see through this article since I had been editor of a marketing supplement of the Times of India for nine years.

Take the case of the department of Performing Arts in a typical Liberal Arts setting. While working as Professor and Chair designate in a ‘pioneering institution of liberal arts’ I realised that it was a sham. The Performing Arts lecture was actually a session one was supposed to miss because no evaluation would be serious, no attendance would really be counted for, and no attempt to light a lamp in the room of ignorance would be made.

My later experience as Head of Department of Journalism in another university tells me that the teachers in the curriculum committees, members in Board of Studies, or those in PhD committees who mean serious business are often sidelined by the mediocre majority which takes such activities as formalities to impress external audit. Internal audits are often shams or used for internal politicking. The fault may or may not lie with the teachers always. Very often the student recruiters admit students whom the same teachers have rejected during interview rounds. This is highly demotivating for the quality conscious.

At the end of the day a gang of uninterested students are seen in university canteens wiling away time or outside premises smoking Marijuana or stronger drugs. Credits are calculated without factoring in attendance percentages. Student feedback forms are often untested and contain questions like ‘Is teacher partial?’  Teachers are forced to pass students. All this is the ‘feel good factor’ under ‘student service’ and part of marketing.

The Vice Chancellor of a Liberal Arts University had once asked me whether I had ‘benchmarked’ the Performing Arts School’s curriculum with current international practices as chair of the curriculum committee? The question actually was ‘Did you copy foreign university practices?’ As “The student,” according the vice chancellor “is our customer, and teacher their servant.” This breaks the backbone of the guru-shishya tradition they themselves often tout to give their shop an Indic flavour. Dean designate in another university in Noida, I was asked by the owner of the university to cut-paste Liberal Arts curriculum from the ‘Internet’. I did not join the university.

Teachers’ morale in private universities is bound to be at a low level. Yet, they’re attracted to teach in private universities due to lack of opportunities in state or central universities. It is a mirage that academicians and parents of students are pursuing. As an expert member of the interview panel of a well known university in north India that sat to select an Assistant Professor for their Liberal Arts school, recently, I was shocked. Merely a PhD holder from a foreign university in the area of Botany had applied for the position to teach music. He was selected despite my outright rejection   for lack of knowledge about the subject he claimed experience and expertise, i.e; Musicology.

The candidate had no knowledge of musicology or any theoretical aspects of it. He had no clear way of teaching raga to the younger generation or an itinerary of what exactly he liked to teach. The academic demand was not for a teacher of music as a performing art. For any decent inter-disciplinary approach one need to be good in one domain. When asked about the linkages between Botany and music he was clueless. He had no idea of even the word ‘etymology’ despite the fact that the department was focusing on literary studies.

But one senior faculty member observed that the candidate had a good ‘pedigree’ merely because he had a foreign degree (however irrelevant). A three-year tenure track was offered to him.

In my next part I shall delve a little deeper into how the major-minor system is far from an interdisciplinary approach in Indian private universities and is producing graduates who actually do not know how to think.

Dealing With the Gandhi Within
"Intuition and Reason". Ayurveda Knowledge System – 4
“The River of Kings” As a Flow of Exemplars