Did Pythagoras Believe in Reincarnation?

The Pythagorean brotherhood involved a vow of secrecy which was sufficiently effective that much about their activities has remained shrouded in mystery. The exact nature, for example, of the cult which the brotherhood practiced is not known. It seems to have involved a special definition of Apollo along with familiar elements of Apollonian cult. Pythagoras himself, described in the tradition as a charismatic and mysterious teacher claiming special powers and dressing distinctively in a gold crown, a white robe, and trousers, seems to have claimed to be, or to have been designated as, the Hyperborean Apollo. 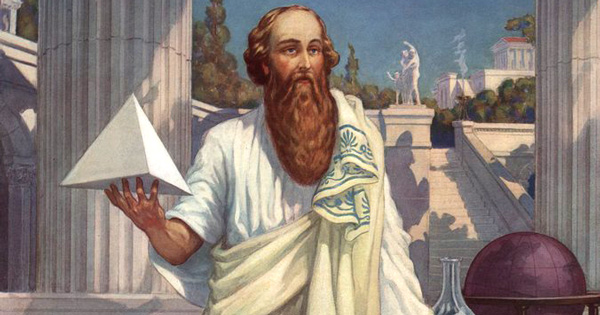 “The name “Pythagoras” became semilegendary either during or very soon after the lifetime of the historical figure whom the legends are partially based on. The name, in other words, does signify a single historical person—like the name “Sappho,” say, as opposed to the name “Homer.” The historical Pythagoras seems to have lived from about 572 until about 512 B.C. He was born and grew up on the Ionian Greek island of Samos, which is virtually within sight of the city of Miletus. When Pythagoras was perhaps forty years old, the tyrant Polycrates took over Samos; for unknown reasons, perhaps involving family connections, Pythagoras felt unable to live under Polycrates’ government and emigrated from Samos to the small city of Croton in South Italy. There he set up a private “brotherhood,” a closed society whose members participated in various activities including religious cult, scientific experimentation in medicine, acoustics, and other fields, mathematics, and South Italian politics. The nature of the Pythagorean involvement in politics is not clearly known, but it seems to have transcended city-state lines (not unlike the Freemasons in the seventeenth and eighteenth centuries A.D. in Europe). For reasons still unclear, but probably at least partly political, the Crotoniates rose up against Pythagoras and his associates late in his life. He went into exile at Metapontum, where he died. His house in Metapontum is said to have been dedicated after his death as a temple to Demeter (D.L. VIII.15).Pythagoras fused the Ionian and Italian branches of pre-Socratic philosophy. Like his Milesian predecessors he was scientifically oriented and interested in explaining natural phenomena; like the Eleatics who would follow him in the western branch of the tradition, he was involved with systematic thought (mathematics rather than logic); and like Empedocles in Sicily, he, or his lineage, was somehow involved with Orphic cult.

The Pythagorean brotherhood involved a vow of secrecy which was sufficiently effective that much about their activities has remained shrouded in mystery. The exact nature, for example, of the cult which the brotherhood practiced is not known. It seems to have involved a special definition of Apollo along with familiar elements of Apollonian cult. Pythagoras himself, described in the tradition as a charismatic and mysterious teacher claiming special powers and dressing distinctively in a gold crown, a white robe, and trousers, seems to have claimed to be, or to have been designated as, the Hyperborean Apollo. These Apollonian elements mingled with elements adopted from, or designated as from, the Orphics.

South Italy was the center of Orphic activity, and Pythagoreanism had some kind of relationship with it. Like some Orphics, the Pythagoreans practiced religious vegetarianism and believed in reincarnation. Pythagoras himself was later rumored to have written some of “the books that went under the name of Orpheus, which may mean that he presented some of his teachings as more traditional than they were by interpolating them into a traditional format that was sufficiently loose to receive them, and sufficiently cognate—as, for example, in the belief in reincarnation—to merge harmoniously with them. Whether Pythagoras adopted beliefs and practices from the Orphics upon his arrival in South Italy or whether, on the contrary, some of the so-called Orphic texts were actually Pythagorean in origin is an open question. Some sources say that Pythagoras wrote nothing, but that so-called Orphic books were written by his early disciples Brontinus, Zopyrus, and Cecrops. The sects have been described as “distinct religious movements which borrowed ideas and practices extensively from each other.”[1]

“Pythagoras is reported to have been the student of Anaximander, who also dressed flamboyantly and attributed a degree of order to the world that approached the mathematical. The two shared an interest in Babylonian astronomy; in fact, Pythagoras is also said to have studied under a Babylonian teacher, Zaratas, and under Pherecydes of Syros, whose book contained elements borrowed from Iranian cosmology. Some of the ancient sources say that Pherecydes was the first Greek to teach reincarnation; others, that it was Pythagoras.

A leading question is how much of the scientific endeavor of the Pythagoreans should be attributed to the founder. On the one hand, he is reported as an inventor of mathematical philosophy and an innovator in scientific experimentation. On the other hand, he is associated with a variety of mythical motifs that connect him with the realm of the shaman and, behind that, of the fertility deity. [2] Some scholars have chosen to attribute Pythagorean mathematical achievements to Pythagoras’s students, such as Hippasus of Metapontum. [3] Others attribute at least the rudimentary beginnings of the mathematical philosophy to the still-shamanic Pythagoras. [4]

Pythagoras, like the Milesian philosophers, was interested in the order and know-ability of the universe, and chose to perceive order as a form of underlying unity. He was, to that extent, a monist, though not a material monist. His monism was in part cultic; the Pythagoreans, like the ancient Egyptians, regarded the number I as the symbol of god. The nature of the substrate involved in this monism is singularly different from the material substrates of the Milesians. It was a prototype of the modern modes of thought which have been called formalism or structuralism, rather than a metaphor of natural science. In effect, Pythagoras declared that the substrate that unifies everything is—not water, not air, not fire, not an indeterminate Prime Matter—but “number,” by which he seems primarily to have meant ratio or arithmetical proportion.

As Aristotle put it:

Pythagoras seems to have interposed numbers between the One and the Many, formulating for seemingly the first time the One-Few-Many which Empedocles would transpose into his theory of elements and Plato would expand into his Theory of Ideas. This doctrine is expressed in a range of ways which embody the transition from mythology to philosophy. There is a more imagistic mythological mode of expression, in which the idea of the Cosmic Person is used, perhaps under Orphic influence, and a more abstract structuralist mode, in which mathematics takes the place of myth. Of the imagistic aspect, Epiphanius says:

He speaks of the god, that is, the heaven, as a body, and of the sun and moon and the other stars as his eyes and so forth as in a human being. (Adv. Haer.I.7)

This cosmic personification, derived ultimately from Late Bronze Age Near Eastern sources, is conflated with a number-mysticism which seems to have come from the same general source, and with a system of correspondences involving a mystical correlation of shapes, colors, numbers, musical ratios, and astronomical processes. In the system of the Pythagorean Philolaus, for example, the Cosmic Person is correlated to a shape and to the astronomical totality: “The dodecagon, which corresponds to Zeus, is the whole zodiac with its twelve signs.”[6]

Pythagoras, like Anaximenes, seems to have taught that the atmosphere was the breath of this cosmic organism. According to Aristotle, the world begins to take shape, on the Pythagorean view, when the primeval One breathes in some void or air; this void then enters in and separates the numbers (which previously, it seems, were mingled “together like the gods in the primeval ocean) (Phys. 213b23 ff.). The numbers being “separated” from one another, the “things” of the world begin to appear through a spontaneous “imitation” of the structural relationships, that is, the ratios, between them.

There is extensive Mesopotamian background to this doctrine of ratio worship and of the mathematical underpinnings of the universe. Aristotle’s statement that all things exist by “imitation” of numbers may be a reference to the Mesopotamian concept of the correspondence between microcosm and macrocosm, a theory based on the astrological assumption that the mathematics of the heavens reproduces itself everywhere. Aristotle says twice in his brief exposition of the Pythagorean number religion that the cosmic numbers are those of the heavens—that is, that they are numbers from astronomical tradition, very likely Near Eastern in origin.

Plato, in the Pythagorean dialogue Timaeus, attributes all human learning to this source:

The vision of the day and night and of months and circling years has created the art of number. It has given us not only the notion of time, but also the means of studying the nature of the universe, from which has emerged philosophy in all its ranges. (Tim. 47b)”

Lakshmi Devi Temple, Doddagaddavalli – the Hidden Gem
“The River of Kings” As a Flow of Exemplars
Examination of Advaita Spirituality - Dharma vs. Religion - Part 2 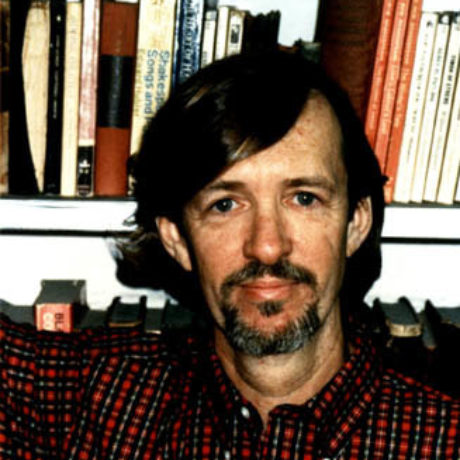 Thomas McEvilley (/məkˈɛvɪli/; July 13, 1939 – March 2, 2013) was an American art critic, poet, novelist, and scholar. He was a Distinguished Lecturer in Art History at Rice University and founder and former chair of the Department of Art Criticism and Writing at the School of Visual Arts in New York City.