In the Footsteps of Hind Swaraj. The Oeuvre of the Historian and Political Thinker Dharampal – 7

For Dharampal, it was essential that Indians should have the self-assurance that their world-view was valuable, and that their contribution could perhaps influence world agendas. 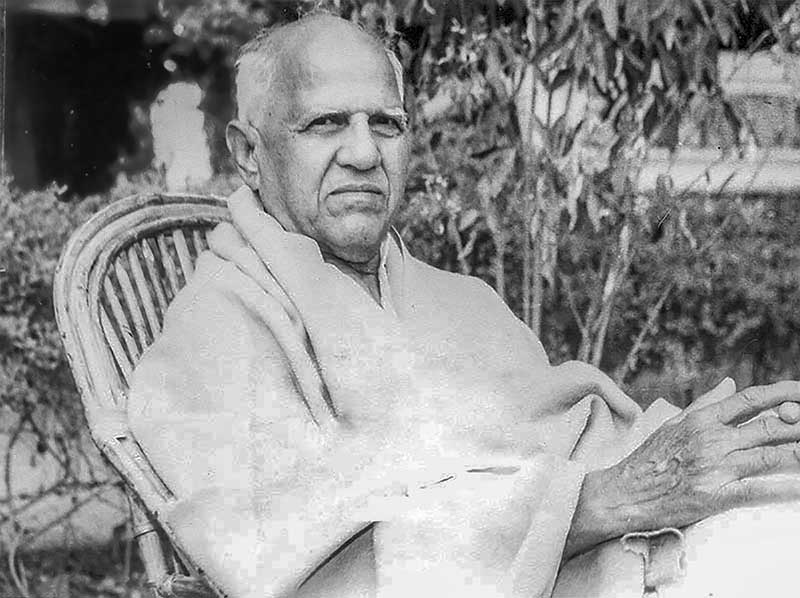 What the component parts of this Indian cultural ethos are (and in which manner they are at odds with modern conceptions) are spelt out in his slim volume on Bharatiya Chitta, Manas and Kala,[1] reproduced in this volume. By underscoring the Indian traditional conceptions of time and space as well as of the relative insignificance of man – his knowledge and his crafts in the scheme of creation –, Dharampal aimed to underscore the intellectual and spiritual sustenance derived from a such world-view: a philosophical cosmology that, according to him, was defined by a totally different logic to the one operative in the modern perspective. His intention, however, was not to extract India from the modern world. Rather, his overarching concern was to instil Indians with self-confidence. For him, it was essential that Indians should have the self-assurance that their world-view was valuable, and that their contribution could perhaps influence world agendas. This was worth striving for since, according to his understanding, modernity or post-modernity was neither static nor everlasting, to say the least. In a more philosophical vein, he averred that the ways of the world were governed by a logic unfathomable to men. Yet, simultaneously, in a more practical affirmative tone, he concluded with the following reassuring prospect:

“To redefine our seekings and aspirations, our ways of thought and action, in a form that is appropriate and effective in today’s world may not be too hard a task at all. Such re-assertions and re-definitions of civilisational thrust are not uncommon in world history. For every civilisation, there comes a time when the people of that civilisation have to remind themselves of their fundamental civilisational consciousness and their understanding of the universe and of Time. From the basis of that recollection of the past, they then define the path of their future. Many civilisations of the world have undergone such self-appraisal and self-renewal at different times. In our long history, many times we must have engaged in this recollection and re-assertion of the chitta and kala of India. We need to undertake such an exploration into ourselves again.”[2]

This culturally and intellectually reinvigorating historical perspective embodies the reassurance that India could or would reassert itself, once Indians had understood and come to terms with their own cultural moorings. To reinforce this deeply held conviction, Dharampal’s exhortation also comprised a socio-political thrust, as expressed many a time in public fora: Rather than “walking in the grooves laid down by the west, while dreaming day-dreams that our time will come one day”,[3] he contended that a systematic intellectual effort needed to be undertaken. The goal of such an undertaking constituted evolving viable indigenous models of social, economic and political organisation in tune with contemporary realities so that an organic linkage between society and polity based on sounder indigenous foundations could be established.[4]

It goes without saying that Mahatma Gandhi represented for him the inspirational model for this programme of civilisational regeneration. In fact, Gandhiji had been his lodestar right from his childhood days in Lahore. It was in the intellectual footsteps of this revolutionary personality and his conception of Hind Swaraj that Dharampal pursued his pioneering historical research with such commitment and zeal. As he proceeded, he also endeavoured to attain a more in-depth understanding of Gandhiji’s significance. And after completing his archival research, he focussed his attention more specifically on the written documentation of the Independence struggle. Being based in Sevagram from the 1980s onwards, he also had access to some unpublished notes and letters penned by Gandhiji. The essays he wrote and the talks he gave (dating from the 1980s until about 2002)[5] provide fresh insights about Gandhiji and his outstanding achievements. One these essays, entitled Reconsidering Gandhiji (1915-1948), is being reproduced in this volume.[6] In another essay, Dharampal formulated his assessment of Gandhiji’s contribution as follows:

“What is special about Gandhiji’s effort is that both the attempt at salvage and the recovery of freedom were based on the spiritual view of life that he shared in a profound way with his ordinary fellow beings. It is this spiritual sharing that enabled him to help them regain their courage, fearlessness and confidence, and to resist injustice by trying, to the extent possible, to hold on to truth and to non-violence.”[7]

Besides emphasising the Indian embeddedness of Gandhiji’s spirituality, Dharampal considered that his extraordinary leadership qualities, too, needed to be foregrounded more explicitly which he does in the following insightful manner:

“If we look at Gandhiji from the point of view of his being a general – like Sri Krishna of the Mahabharata – we will be able to account for practically all of his thinking and actions from 1915 to the end. Bringing about a transformation seldom before attempted by any individual required not only total dedication to the achievement of the task […] but demanded even more a sort of communion with those for whom the end was really meant. It also depended on incomparable organisational and strategic skills. […] Yet the ‘Mahatmaship’ of Gandhiji in a way seems to have made us oblivious of his approach, of the way he went about solving problems, and the designs and strategies of his battles not only against foreign yoke but also against what he treated as evil or misguided in his own people. For instance, his battle designs had advances as well as retreats built in them. As a superb general he knew that there can be few advances without some retreats.”[8]

It was during the last years that Gandhiji was involved in one such epochal battle – attempting to extract India from the ‘western orbit’ and to strengthen the subcontinent’s ancient links with the Asian world, as exemplified concretely by the Asian Relations Conference held in Delhi in March 1947, at Gandhiji’s instigation.

This last endeavour of Gandhiji at resuscitating inner Asian unity was to provide inspiration to Dharampal, too: Towards the end of his life, broadening his horizons and transcending the shores of the subcontinent, Dharampal initiated a research project on the maritime world of the Indian Ocean. The project’s overarching aim was to investigate the shared historical cultural links within Asia, with the ultimate goal of reviving past intimate Indian contacts with countries of South-East and East Asia.[9] This he envisaged as an essential and urgent enterprise he hoped many would enthusiastically take up. Given the surge in Asian maritime studies during the last decade, it seems that his innovative research initiative is bearing fruit.

Summa summarum, not only did Dharampal, in challenging and delegitimising the historical master narrative, thereby remap a few centuries of Indian history as well as retrace old seascapes, but he also attempted to design blueprints for societal renewal, i.e. to bring to fruition Gandhiji’s Hind Swaraj. Thereby he charted out a course of research for the next few decades, or more, depending on the productive pace we – his heirs – manage to maintain.

As a non-conformist with a creative mind, he remains refreshingly acces­sible for the post-modern world, for he challenged the status-quo, interrogated the legiti­macy of established socio-political constellations, broke through normative categories of thought, and opened up new philosophical and practical possibilities, forever intent on promoting the welfare of the common people – to achieve Hind Swaraj.

[3] Cited from the lecture entitled “Some Aspects of Earlier Indian Society and Polity” (1986), op. cit.

[4] More concretely and inclusively, he urged the following: “Our essential task is to bring the innovative and technological skills of our people, those who professed them for millennia and till at least 1800, back to the rebuilding of our primary economy and industry. We have ignored this so far. Instead, we have tried to create a new economy and industry to which the primary economy has been subordinated.” Cited from the lecture on “Indigenous Indian technological talent and the need for its mobilisation” (1986), Collected Writings, vol. V, op. cit., p. 63.

[5] These were published in a small volume entitled Understanding Gandhi, Other India Press, Goa, 2003.

[9] A short proposal was formulated and a research unit was set up in Chennai.

How India lost Baluchistan
The Moplah Atrocity of 1921: Rebellion or Genocide?
Learning from Mahatma Gandhi’s Mistakes – 3