Why I Am Not a Liberal

Platitudes such as ‘all religions are same’ or ‘all cultures are same’ signify nothing to me, due to the simple reason that they do not illustrate a concrete empirical reality. 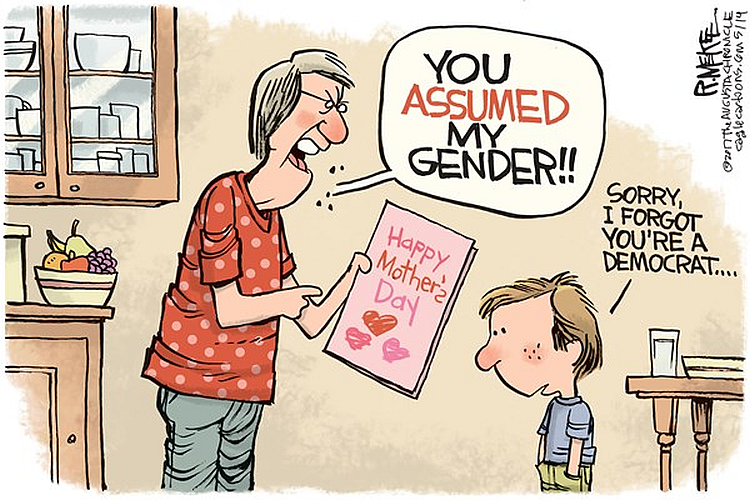 I am not a liberal. And here are the reasons why:

To begin with, I am not a liberal because I am not amenable to the classically liberal idea of the state. Classical liberal thought, as it developed from the seventeenth century onwards, imagined the state purely as an instrument of utility – as a guarantor of liberty, property, security, and, might I say, pleasure (interpretable as ‘good’ or ‘welfare’). Think of John Locke, Thomas Hobbes, Jeremy Bentham and, finally, Rosseau. Locke, Hobbes, and later Rosseau thought that the state emerged as human beings made a radical break from the ‘state of nature’. Locke pioneered this idea as he argued that human beings created the ‘commonwealth’ by merging their private property and liberty in the social body just so that these are secured. In the next century, Rosseau reiterated this idea. Hobbes, on the other hand, thought that the ‘commonwealth’ emerged as human beings sought to escape from the power struggle endemic in the ‘state of nature’. He interpretated ‘power’ as the capacity to do oneself good. Strife, he imagined, was constant in the ‘state of nature’ as human beings strove after ever more power. This made their lives ‘nasty, brutish and short’. Human beings, thus, submitted to the state which he termed a great beast, or ‘laviathan’, so that their safety is ensured. Coming to Jeremy Bentham, he argued that two dominant influences guide human beings – pain and pleasure. He, as I perceive, understood pleasure as all things that promote good and happiness and pain as the absence of pleasure. Bentham, I figure, thought that the responsibility of the state is to punish through legislation every activity that brings pain to people. This was his doctrine of ‘utility’ or greater happiness.

Let us say that I find the above imagination of the state, or a political community, a little too ‘practical’. I, thus, fail to subscribe to it whole heartedly. Borrowing a phrase from R.H. Tawney, let me say that classical liberalism makes out of the state “a joint stock company”[i] of sorts (in which people invest their property and liberty), while refusing to ascribe to society any common moral purpose. A society, in classically liberal view, breaks from its original circumstances and generates the state for strictly practical ends. It does not do so to achieve an idea or conception of morality.

I am inclined to think that the state is an organic emergence from the social life of human beings, rather than a radical departure from it (i.e., departure from the ‘state of nature’). Plato thought that it is natural for human beings to combine since they cannot meet all their needs by themselves. Aristotle, on the other hand, understood the state as a spontaneous growth from the basic associations of man such as the household and the village. The state, thus, in my view, embodies the natural interdependence and social nature of human beings. Since the interdependence and social cohesion of human beings is determined by morality, I also consider the state the ultimate ‘moral community’. To buttress this belief, I again turn to classical thought which also, as I see, imagined the state in moral terms. In Plato’s Republic, for instance, we see Socrates conceiving of an ideal state that would realize the moral principle of justice. While in Politics Aristotle stresses that the state must “concern itself with virtue.”[ii] Further, I think that the state is an expression of the civilizational genius and historical experiences of a people. In this sense, after the fashion of Hegel, I would say that the state is indeed a collective quest for freedom – it originates and evolves as a people draw upon their historical experiences to give freer and even freer expressions to their peculiar civilizational genius. This makes the state, I would argue, a historically formed ‘lebenswelt’, or lifeworld. The membership of the state, or rajya, thus, in my view, cannot be open to all – it is not an enormous club of property owners and taxpayers which anybody may join. Only those who acknowledge their origins in the ‘lebenswelt’ that the state represents truly belong to it.

Secondly, I am not a liberal because I am not a believer in the cult of individualism. Yes, I agree with J.S. Mill’s contention that there should be checks upon the authority enjoyed by state and society upon an individual. (I, thus, like the conservative thinker Sir Roger Scruton, concede a certain ‘truth’ in liberalism.) At the same time, I think that excessive individualism is unhealthy for the human individual – it turns a person into an automaton driven by appetites, it retards one’s capacity for higher value commitments, and this, in turn, is unhealthy for the social body as a whole. I think that the traditional forms of human association – be it family or friendship – are innately valuable. Especially because, in my view, the political life of human beings is only an emanation from these associations. As you have seen above, I consider the state a development upon the original social life of human beings rather than a departure from it. To borrow a phrase from Sir Roger Scruton, the traditional human associations represent ‘realms of value’[iii] which make human beings truly and authentically human. These fundamental human associations represent innate value which is above and beyond all calculation.

Thirdly, I am not a liberal due to my approach towards history. Friedrich Nietzsche identifies three kinds of histories – monumental, antiquarian, and critical. The first kind relates the deeds of heroes and provides guide to action in the present. It does so by documenting “great moments in the individual battle….”[iv] Antiquarian history venerates the past. It caters to the “man of conservative and reverent nature who looks back to the origins of his existence with love and trust….”[v] History of the third sort represents the desire to “bring the past to the bar of judgement, interrogate it remorselessly, and finally condemn it.”[vi] Among these three kinds of histories, I prefer the first two. History is where I find my heroes and idols. And, yes, I am that man of ‘conservative and reverent nature’. I look upon my civilizational origins with love and trust. I do not look back upon history to condemn it, to merely excavate the roots of the ostensible injustices visiting my present. In other words, I do not delve into history find occasions for radical advocacy today. Fourthly, I am not a liberal because I do not believe in a transcendent universalism. Platitudes such as ‘all religions are same’ or ‘all cultures are same’ signify nothing to me, due to the simple reason that they do not illustrate a concrete empirical reality. No, all cultures and religions are not ‘same’. Culture and religion represent very specific and contextual human endeavors, ways of being, and outlooks. They are outcomes of distinct subjectivities. And this is where the intrinsic worth of cultures and religions lies in my eyes, to the extent that one can talk of some such worth – they are all unique in their own ways and not emergences upon a paradigm of universal similitude. I am, thus, a universalist in the sense that I fully acknowledge that the subjectivity contained in a particular culture or religion is precious to those who inhabit or adhere to it. At the same time, I hold my own Hindu subjectivity dear. From this subjectivity have emanated a historically determined way of life, spiritual outlook, notions of a moral state and politics, and a tendency to venerate the Indian earth, that is, a range of civilizational phenomena which one may collectively term ‘Hindutva’. (I urge the reader to note that used in this sense ‘Hindutva’ is the equivalent of terms such as ‘Hellenic’ or ‘Islamic’ which also similarly denote ranges of civilizational phenomena.) If I might get a little Sartrian here, Hindutva is the peculiarly Indic existentialist quest. It is the variety of ways in which us Hindus have sought to create or find our essence in the world.[vii] I believe in the preciousness of this millennia old existentialist quest. Nothing and no one can dissuade me from this belief. I am rather inflexible in this matter. I am not a liberal.

[vii] If I might explain it in a couple of sentences, existentialism as propounded by Jean Paul Sartre is the idea that man’s essence is not the realization of a divine conception. Man first materializes in the world and then creates or finds his essence through efforts therein. See Jean Paul Sartre, Existentialism is a Humanism (New Haven & London: Yale University Press, 2007).