The Battleground of Demons

One Christian soldier was obliged, in the course of military duty, to enter a temple to the old gods. As he went in, a drop of sacred water splashed onto his robe. Ostentatiously unable to bear it, he instantly slashed off that part of his cloak and flung it away. 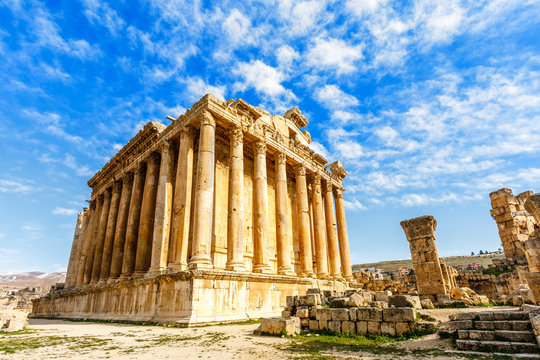 The fathers of the early church turned their full rhetorical force on religious lapses. Time and time again they insisted that Christians were not like other religions. Christians were saved; others were not. Christians were correct; other religions were wrong. More than that; they were sick, insane, evil, damned, inferior. A newly violent vocabulary of disgust started to be applied to all other religions and anything to do with them – which meant almost everything in Roman life. Religion ran through the Roman world like lines through marble. At that time, gladiatorial games were preceded by sacrifices, as were plays, athletics contests and even sessions of the Senate. But all, now, were demonic and to be avoided. One Christian soldier was obliged, in the course of military duty, to enter a temple to the old gods. As he went in, a drop of sacred water splashed onto his robe. Ostentatiously unable to bear it, he instantly slashed off that part of his cloak and flung it away. Christians, or so their preachers claimed, felt anxious when forced to inhale the smoke that drifted from altars in the Forum – the good Christian would rather spit on the altar of a pagan and blow out the incense than accidentally breathe in its fumes. The worship of the old gods began to be represented as a terrifying pollution and, like a miasma in Greek tragedy, one that might drag you to catastrophe.

The old laissez-faire Roman ways, in which the worship of one god might simply be added to the worship of all the others, were, preachers told their congregations, no longer acceptable.

Worship a different god, they explained, and you were not merely being different. You were demonic. Demons, said the clerics, dwelt in the minds of those who practiced the old religions. Those who criticized Christianity, warned the Christian apologist Tertullian, were not speaking with a free mind.

Instead, they were attacking the Christians because they were under the control of Satan and his foot soldiers. The ‘battleground’ of these fearsome troops was nothing other than ‘your minds, which have been attuned to him by his secret insinuations’. Demons were able to ‘take possession of men’s souls and block up their hearts’ and so stop them believing in Christ.’

This talk of demons, at the distance of a millennium and more, can sound trivial, almost comical. It was not. Nor was it mere rhetoric. It concerned the salvation and damnation of mankind and nothing could be more important. When Constantine had entered Rome in A.D. 312, it might at first have seemed as though little would change. The emperor, for the first time in the history of Rome, was a follower of Christ – but he intended to allow citizens of the empire to continue worshipping the gods that they had worshipped for centuries. Or so he said ‘No man whatever should be refused complete toleration,’ announced his famous ‘Edict of Milan of 313,’ adding that every man may have complete toleration in the practice of whatever worship he has chosen.’

Fine words. And like many fine words, they proved empty. Christian clerics could not – would not – allow such liberalism. The competing clamor of Roman religion did not, in their eyes, provide different but equally valid opportunities for worship; they were nothing more than different opportunities for damnation. The Devil seized every new born child and if they were not baptized as Christian than the Devil would keep them. How could a Christian, in good conscience, stand by and watch as his brothers knowingly danced with demons?

It needn’t have been this way. There is a significant amount of evidence to suggest that while Christian preachers demanded complete purity, their congregation were much less enthusiastic.

An Augustine or a Chrysostom might believe that worshipping the Christian God meant forsaking all others, but many of their congregants were much less convinced. What was even meant by ‘Christian’ at this time? The habits of polytheism, in which each new god was merely added to the old, died hard. Many ‘Pagans’ happily added the worship of new Christian god and saints to their old polytheist gods and continued much as before. Gravestones happily reference Christ and the old Roman gods of the underworld. Many ‘Christians’ might turn up at Church one day, and then the next, when a jubilant, drunken Roman festival started to whirl through town, defect from the one true God and go and drink in celebration of pagan ones, dancing late into the night.

‘Christians’ might pray to God for the truly substantial things in life and yet when they desired something a little smaller – the return of their cow, help with their dicky knee – turn to slightly less awesome spirits; much to the despair of their preachers who argued that God, while he might also have made heaven and earth, could still find time for livestock. ‘Let us reduce it to the very least things,’ Augustine told an (evidently wayward) congregation. ‘He sees to the salvation of your hen.’

Even the faith of the emperor Constantine himself seemed troublingly ambiguous. A coin exists which shows Constantine in profile alongside a god who looks very much like Apollo – as well as his more famous Christian vision Constantine was also said to have seen a vision of this decidedly pagan God. Later in life Constantine allowed a temple to be built to the imperial family, as if they themselves were divine. With a confidence that seems astonishing to modern Christians – but that would have seemed much less so to ancient polytheists who were used to their emperors being deified – he was titled Constantine ‘Equal-to-the-Apostles.’

Such behavior might be overlooked in an emperor but it was not what bishops wanted. In sermon after hectoring sermon delivered by this new generation of rigidly unbending preachers, the people’s choice was made clear. In deciding who to worship, congregations were not choosing between one god and another.

They were choosing between good and evil, between God and Satan. To allow someone to follow a path other than the true Christian one was not library; it was cruelty. Freedom to err was, Augustine would later vigorously argue, freedom to sin – and to sin was to risk the death of the soul. The possibility of sinning,’ as one pope later put it, ‘is not freedom, but slavery.’ To allow another person to remain outside the Christian faith was not to show praiseworthy tolerance. It was to damn them.

To oppose another man’s religion, to repress their worship – these were not, clerics told their congregations, wicked or intolerant acts. They were some of the most virtuous things a man might do. The Bible itself demanded it. As the uncompromising words of Deuteronomy instructed; ‘And ye shall overthrow their altars, and break their pillars, and burn their groves with fire; and ye shall hew down the graven images of their gods, and destroy the names of them out of that place. The Christians of the Roman Empire listened. And as the fourth century wore on, they began to obey.

Does Revelation contradict Reason? An Indic Perspective
The Symbolism of Shri Ganpati
Why the West does not Understand Kali 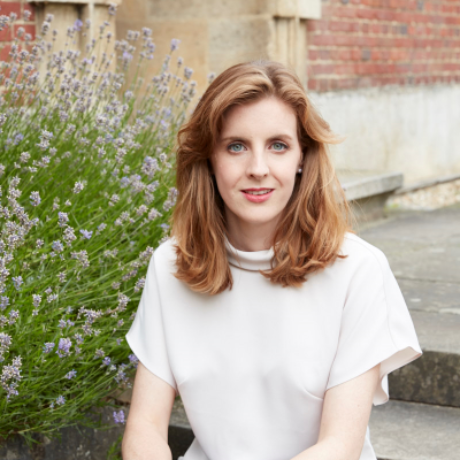