Will the Modi Government Integrate POK?

India has to act and take POK into its fold. This view has been expressed in no uncertain terms by many a Kashmiris. 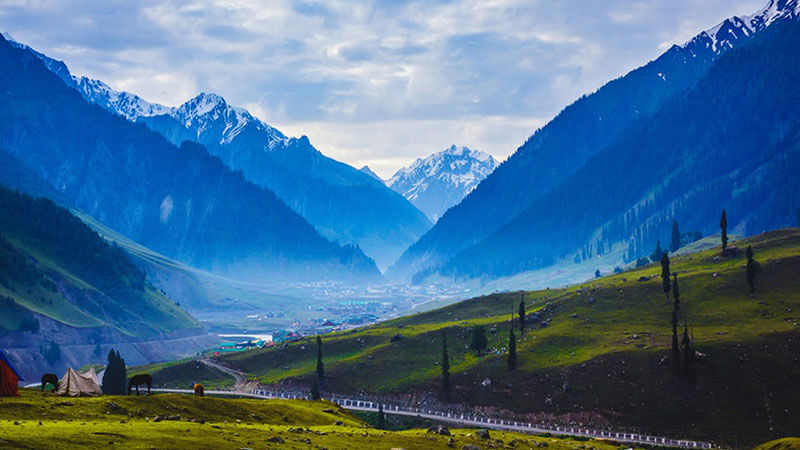 Is it merely a dream that the NDA government is selling about Pakistan Occupied Kashmir (POK) gaining its rightful place within India? Once you listen to POK leaders living in various parts of the world you will no more have any hesitation in believing that POK’s freedom from Pakistan and integration into India is imminent.

Dr. Shabir Choudhry, president of the Foreign Affairs Committee of United Kashmir People’s National Party has said that the physical merger of Gilgit, Baltistan, and Jammu & Kashmir must happen during PM Modi’s tenure.

He was speaking in an exclusive interview with this journalist on the occasion of the second anniversary of the abrogation of Articles 350 and 35 A, on Thursday.

Dr. Choudhry who was one of the founding members of the Jammu & Kashmir Liberation Front (JKLF) had resigned before the outfit took to terrorism. “I have never picked up the gun,” he said adding that the integration of the entire Jammu & Kashmir with India will not be culturally problematic, as “we are a multi-cultural society and have no objection to people following different prayer methods.”

But the problem I see here is that when we view India as a ‘secular’ country Dr. Choudhry’s is not wishful thinking, but if we see India as a Sanatan nation, then does it become problematic? To my mind this won’t be problematic either because POK is in a shambles. It cannot exist independently given its near complete impoverishment at the hands of Pakistan which has acted like a leech and is now trying to suck the last drop of blood out of Kashmiris. India has to act fast. Moreover, Sanatan does not militate against any method of prayer or culture. It is the only Dharma – others are cults or religions.

Pakistan’s brazen genocide of Kashmiris, Sindhis, Balochis, Pushtos, etc is a sign of its own certain disintegration, a fact its leadership cannot have failed to understand. If the plight of leaders like Dr. Choudhry is a measure of Pakistan’s human rights violation, then we can estimate what is happening to the common man in POK.

The London-based Kashmiri activist, writer, and political leader holds a British passport as well as a Pakistani ‘card’. But he has not been able to stay in his place of birth, like many other POK POK. “Attempts have been made to kill me,” he revealed. “My daughter who has nothing to do with my politics has been Harassed,” he lamented. A very high cost is being paid by Kashmiris in POK.

Dr. Choudhry was also being shadowed by Pakistan’s ISI when he was in a country in the Middle East which he was told, “is a fortress of the ISI”. He has been living in London from the late 70s and fighting against the Pakistani occupation of Kashmir. “Pakistani establishment will kill me if I try to visit my own motherland.” He can’t get over the tragedy of not being able to even attend his father’s funeral.

But a failed neighbouring State is a very dangerous scenario for any country. Pakistan’s one-sided love story with China is the cause of its dismal state of affairs, according to Dr. Choudhry. “It is not in the interest of India, Pakistan, Afghanistan and the rest of Asia to allow China to expand,” he said. According to him, Pakistan is in economic and political doldrums. “Pakistan, due to its bankruptcy, will have to give away land to China,” Which he feels is dangerous for the entire South Asia.

“Gilgit Baltistan is known as the roof of the earth. Just imagine what will happen if China sits on this roof. It will be able to control the whole world,” Dr. Choudhry fears, as he has also written in his books which are banned in POK and in Pakistan. Dr. Chaudhry’s similar observations have prompted Pakistan to term him as an Indian agent, an allegation he has proved wrong in a Pakistani court. “China cannot be underestimated,” he added.

Although Dr. Choudhry does not think, that POK’s integration into India is going to be a cake walk, he states that many POK activists sincerely want it to happen sooner than later. “It is their conviction that they are Indians and their land constitutionally belongs to India,” he said.

India has to act and take POK into its fold. This view has been expressed in no uncertain terms by many a Kashmiris. One of the speakers on Dr. Choudhry’s popular YouTube channel shows has predicted that POK will be finally brought directly under Indian rule by 2024.