The typical Indic state was a ‘Dharmic realm’. It upheld a certain sacred outlook and deployed symbols that expressed the same. 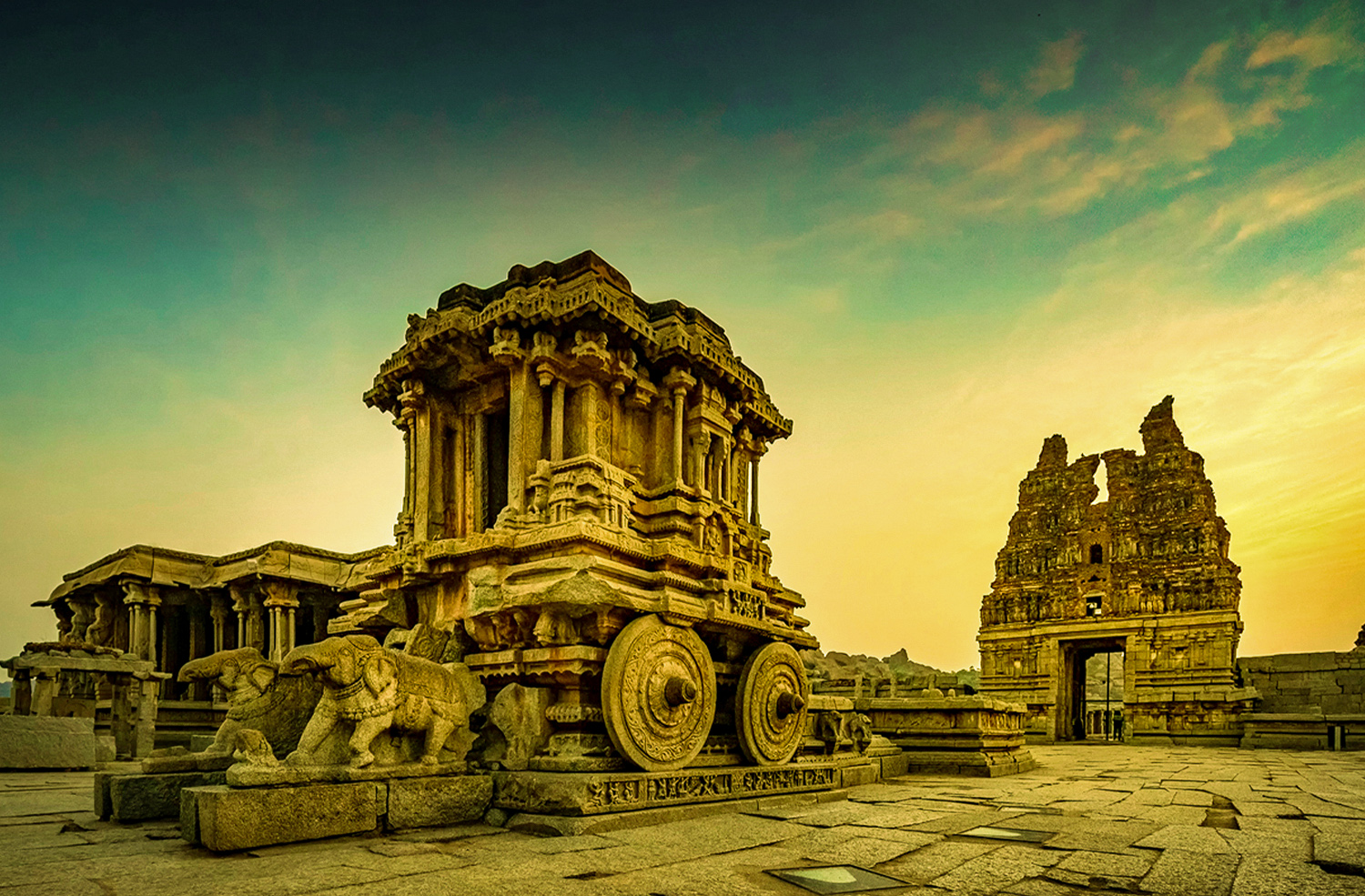 States Have a Cultural Persona

States are never culturally neutral. They inhabit a cultural matrix and possess, one might say, a cultural appearance or ‘persona’. This is a core idea in Samuel P. Huntington’s much talked about book Clash of Civilizations. Huntington thinks that the cultural character of states might determine their geopolitical behavior. As seen by him, culturally akin states are more likely to strike alliances. Western countries, he argues, have formed the NATO as their “central security organization” on account of their “common values and philosophical assumptions.” Similarly, the European Union, according to him, “is the product of a common European culture.”[i] The cultural persona of states seems to become all the more manifest when they have to choose a side during an outbreak of international conflict. For example, Huntington avers that “Muslims everywhere” “rallied against” the Soviet Union when it intervened in Afghanistan since in their eyes it was a “civilizational war.”[ii] It seems that the Afghan War acquired a particular gravity for Muslim countries since they saw it as a clash between godless communism and the ‘only true belief’.

My understanding of state is that it is the final order enforcing authority within a delimited territory. Ernest Gellner, anthropologist and philosopher, for instance, terms the state an “institution or set of institutions specifically concerned with the maintenance of order.” Examples of the latter could be the “police force and courts.” According to Gellner, the state comes into existence when these have attained autonomy and “separated out from the rest of social life.”[iii] The state is thus, to simplify things further, fundamentally those legitimate agencies which keep our persons and property safe through vigilance and arbitration – it is the systematic and institutionalized application of power over a social body. Of course, we also associate with the state a welfare function, but looking at the historical timeline one might conclude that it came to be counted as an essential attribute of the state pretty late. This happened only after the liberal conception of the state became hegemonic.

Let us now resort to the famous anthropologist Clifford Geertz to provide ourselves a definition of culture. His understanding of culture is a “semiotic” one. [iv] In other words, Geertz thinks that a culture is a system of symbols. These symbols, as he understands, are both powerful and conspicuous. Collectively, they form “a set of control mechanisms – plans, recipes, rules, instructions” for the governing of behavior.[v] The “natural habitat” of these symbols “is the house yard, the marketplace, and the town square.”[vi] “Culture is public”, Geertz concludes, “because meaning is.”[vii] Thus, culture, it appears, is a ‘visual paradigm’ of powerfully evocative symbols – these could be sacred architecture, books, deities, messianic personages, and ritual performances – which might determine our conduct by carrying persuasive philosophical and moral suggestions. This is how, we suppose, cultures are “set[s] of symbolic devices for controlling human behavior” and “historically created systems of meaning in terms of which we give form, order, point and direction to our lives.”[viii]

If the state is a set of legitimate agencies controlling and regulating human conduct, culture is a ‘visual paradigm’ that does the same by generating meanings. Since there is a congruence in the essential function of both state and culture, namely, directing human behavior, they have, throughout human history, worked in tandem. States have wielded culture to various ends – to find legitimacy in a social body, project grandeur, or a moral intent – all in order to rally and regulate human beings better. Typically, this ‘wielding’ of culture by states has assumed the form of patronage of religion, since it is always a rich repository of meaning generating symbols. Rulers have sought to create desired visual paradigms of meanings by constructing shrines, or associating themselves with deities and splendid ritual performances. They have also aided the dissemination of preferred cultural meanings through conspicuous clerical effort, a sacred book, or chosen language (these too are ‘symbols’ capable of articulating a ‘visual paradigm’). States, thus, have established themselves in a cultural ambience and acquired cultural personas. No matter what juncture of history or part of the world we are looking at, we shall find this an unchanging characteristic of states. Let me substantiate this argument with some examples.

Beginning with the Roman Empire, we come across Emperors lavishing expense on sacred architecture. “I restored”, declares the first Roman Emperor Augustus in his autobiography Res Gestae Divi Augusti, “82 temples of the gods on the authority of the Senate, neglecting none that required restoration at that time…I built the temple of Mars the Avenger [Mars Ultor]….”[ix] The Roman state, thus, had an obvious religious side to it. It continued to exhibit this side as demonstrably after it renounced ‘paganism’ (non-dogmatic, polymorphous religiosity) for messianic monotheism, or Christianity. We, for instance, see the Roman state directly involving itself in determination of the correct meaning of the core symbol of Christianity, namely, Jesus, the Christ, by summoning a grand clerical council. The council of bishops called at Nicaea by Emperor Constantine in 325 CE declared that Christ the Son was identical in ‘substance’ to God the Father.[x] This ‘Nicene creed’ dismissed for good the heterodox contention (made by Arios of Alexandria) that Jesus was essentially human and possessed no divinity. Later, in 532 CE, Justinian, ruler of what was now the Eastern Roman Empire, began construction of the enormous basilica Hagia Sophia at Constantinople in a truly monumental display of his domain’s Christian character.

Moving on a thousand years, we see the Tsarist state putting up a grand architectural display of its Orthodox piety. Ivan IV, better remembered as ‘Ivan the Terrible’, raised the Red Square Cathedral of the Intercession to commemorate his extirpation of Tatar power and conquest of Kazan in 1552. Diarmaid MacCulloch, the historian of Christianity, calls this building “an extrovert symbol of the Tsar’s joy in victory and his gratitude to Mary…the Trinity and the various saints whose intercession he had successfully invoked against the Tatars.”[xi] And then we find the post-Reformation English state taking an active interest in disseminating what one might term the second core symbol of Christianity (the first obviously being the Christ) – the Bible. What is today known as the ‘King James’ Bible’ was published in 1611. It was commissioned by James I and largely followed an earlier ‘plain style’ text by William Tyndale – he had wanted it to be understood  by even the “boy that driveth the plough.”[xii] King James’ Bible was a great success, “everyone heard, read and memorized” it across England, presumably due to the accessibility of its language.[xiii] Thus, prior to the Enlightenment and the French Revolution, the typical European state was very self-consciously and purposefully a ‘Christian realm’. The symbols it deployed and the moral intent it projected were all derived from Christianity. Its cultural persona was Christian.

The typical Indic state, on the other hand, was a ‘Dharmic realm’. It upheld a certain sacred outlook and deployed symbols that expressed the same. The presumably Mauryan era text Arthashastra recommends the state patronage of several deities and their worship. It especially urges the king to reserve the north of a city for its titular deity (nagaradevata).[xiv] Another suggestion that the Arthashastra makes is that principal gates of the capital should be named after deities such as Brahma, Indra, Yama, etc. and places of worship and pilgrimage be constructed within its limits.[xv] As is obvious, the ancient Indian polity was meant to be a patron of ceremonial sacred architecture and public religiosity. In later, post-Mauryan, India we see the Kushanas making an “unambiguous declaration of the religion they professed.”[xvi] Thus, the Kushana ruler Kadphises I termed himself dharmathidasa, probably on account of his devotion to the dharma of the Buddha. Lord Shiva too was represented on the Kushana coins.[xvii] Further, the cultural persona of the ancient Indian state had a linguistic aspect to it in the form of Sanskrit. The Sanskrit language was a potent cultural symbol expressive of sovereignty. This is since it provided a “way of speaking about and conceiving of the nature of political power”[xviii] through poetic forms such as the kavya and the prashasti. ‘Published’ as inscriptions (which arguably rendered the Sanskrit language a conspicuous symbol) and used to announce the glorious deeds, victories, valor, and virtues of rulers, these poetic genres were a standard way of communicating “political will” and a means to the “aestheticization of power.”[xix]

Coming to medieval India, we find instances of rulers closely associating themselves with deities. When a Hindu king styled himself an ‘imperial lord’, or maharajadhiraja, he did so as the earthly representative “of the tutelary deity (rastradevata) of the kingdom”, usually Bhagawan Shiva or Vishnu. The tutelary deity was fitted out with the symbols of an “earthly maharaja” and the temple rites were assimilated to the palace rites.[xx] For example, Bukka, one of the founders of the Vijayanagara kingdom, made Virupaksha, a form of Bhagawan Shiva, the state deity in 1354. So devoted were Vijayanagara rulers to Virupaksha that important state documents bore his ‘signature’.[xxi] They supported the Ramchandra temple with a commensurate devotion. This shrine probably served as the “state chapel” and the “focal point” of a “spatially articulated political theology” which identified them with Shri Rama.[xxii] Finally, the Vijayanagara rulers celebrated Vijayadashami on a wonderfully grand scale. It seems that they used the occasion to assert royal control and authority through a magnificent ritual performance. According to the anthropologist Nicholas B. Dirks, Vijayadashami was when the Vijyayanagara king incorporated “the disparate elements of the kingdom into his sovereign being…rendering them all parts – metonyms – of himself….”[xxiii]

[xviii] Sheldon Pollock, The Language of the Gods in the World of Men. Sanskrit, Culture and Power in Premodern India(Ranikhet: Permanent Black, 2007 [Third Impression]), p.115.

Are Cops Racist? – 1
5 Books to Read in Western Political Thought
On the Nature of Islam