How the Dalit Movement Derailed

Today, the attention of the Dalit movement is directed towards sharing seats in legislative assemblies, forging political partnerships, and getting reservation in jobs. How did a movement rooted in social justice get derailed. Read Devendra Swarup’s penetrating analysis to find out. 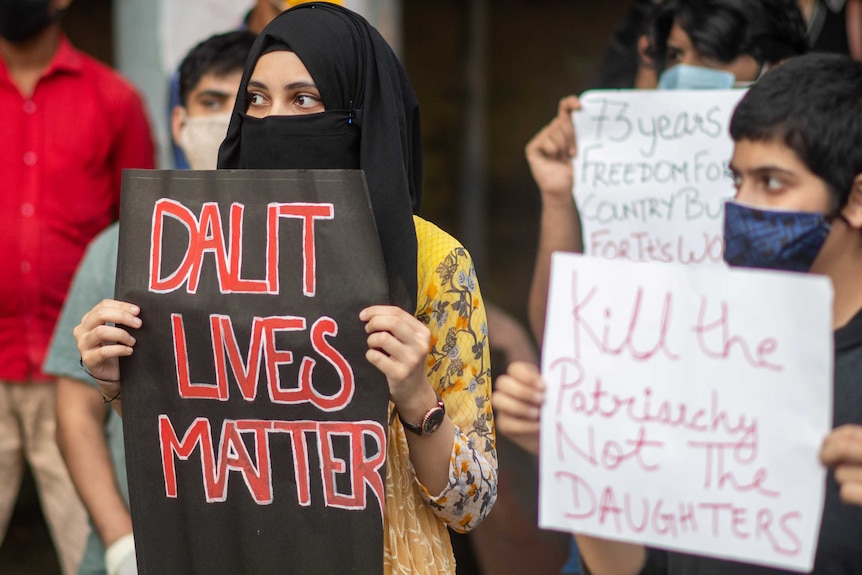 Today, the Dalit movement is an important part of Indian public life. This movement is rooted in the quest for social equality and justice. But, today, the whole attention of the movement is directed towards sharing seats in legislative assemblies, forging political partnerships, and getting reservation in jobs. As a result, the movement has now become entangled in vote-politics. Based on vote-arithmetic, a narrative has been set that scheduled castes, OBCs, Muslims and other religious minorities are all “Dalit oppressed” classes. So, all these groups have the right to be called Dalit classes. In this regard, a formula of 85 per cent and 15 per cent was developed, according to which the 85 per cent Dalits should form a united front to snatch power from the hands of the 15 per cent oppressors. Prominent intellectuals such as V.T.Rajshekar and Gail Omvedt started convincing the educated section of the scheduled castes that for the sake of Dalit unity, it was imperative for them to dissociate from the word ‘Hindu’. So, instead of calling themselves ‘Hindus’ or ‘Harijans’, the scheduled castes should only call themselves ‘Dalits’. The Hindu was declared as an enemy and the Muslim was regarded as a friend. Hurling abuses at Gandhi and Manu became a norm for Dalit revolutionaries. In fact, the invader Mahmud Ghaznavi was called the savior of Dalits. This, in short, is the philosophy of the Dalit movement.

It was from this philosophy that the Janata Dal was born, and it was from this that Mulayam Singh Yadav’s Samajwadi Party was created as a united front of backward classes and Muslims, while the ‘Bahujan Samaj Party’ became the united front of scheduled castes and Muslims. The political strategy of a united front based on the alliance of SP and BSP worked. But once they came to power, many internal contradictions emerged as now there was a question about the division of power. The BSP leadership realized that the economic and social interests of the OBCs, supposed to be their well-wishers, were opposed to the primary interests of the scheduled castes. This is the reason that, despite being in power, there was an increase in the exploitation of Dalits in Uttar Pradesh. The case of Dr. Masood Ahmed made them realise that Muslims, who were supposed to be friends and equal partners in the Bahujan Samaj Party, targeted the scheduled castes by disconnecting them from Hindu society and then appropriating them. When Muslims realised that their plans would not succeed in the face of the strong leadership of Kanshi Ram and Mayawati, they withdrew from the Bahujan Samaj Party. The absence of Muslims at the concluding rally in Allahabad, despite attempts to woo them by organizing ten cycle rallies, made Kanshi Ram wonder about the roots of the community he was leading and what its fate would be.

In fact, Dr. Ambedkar himself is partly responsible for this derailment. He was aware that the issue of separate or joint electorate was integrally linked to the Hindu identity of the Dalit classes. He also understood that since 1919, the Dalit leadership had been given the bait of a separate electorate by the British. This is the reason that even after sixteen out of eighteen Dalit institutions had parrot rattled before the Simon Commission, Dr. Ambedkar had said that a separate electorate was detrimental to national unity and the Dalit movement. The infallible arguments made by Dr. Ambedkar in support of a joint electorate are proof of his nationalist vision. Before leaving for London for the round table conference, he also strongly propounded the joint electorate in his presidential speech and the resolution passed at the Dalit Congress held in Nagpur on 8th August 1930. It is then a great mystery that after reaching London, he turned into an advocate of a separate electorate.

Expressing surprise at Dr. Ambedkar’s volte-face, P.N. Rajbhoj wrote to the Viceroy in a letter on 7th June 1932, that “as soon as he was selected as a member of the Roundtable, his thoughts changed drastically and he changed to such an extent that all his friends, fans and followers were stunned. The position on separate electorate that he has now adopted will completely break the ties of Dalit classes with the vast Hindu society. We will be deprived of the sympathy of the Hindu society and our representatives in the Assemblies will always have to support the Muslims, whose relations with the Hindus have never been cordial.”

Rajbhoj wrote: “There is no doubt that all our social movements are based on the basic belief that we are Hindus and we have to remain Hindus. If there is any conflict or difference between us, it is an internal matter between the so-called untouchables and the upper castes. Once we fall into the deadly influence of Muslims in the Legislative Councils, the Dalits will move away from Hindu society and the base of future unity will be gone. In the state of helplessness, dalit castes will gradually fall into the clutches of Muslims and we know from our experience that friendship with Muslims is far more dangerous than the apathy of upper caste Hindus.”

Dr Ambedkar also accused M.C. Rajah and his associates of volte-face, which Rajah explained in his statements of 18th March, 24th March,  30th March and 30th April 1932. The long letter sent by M.C. Rajah to the British Prime Minister, revealing the 25th February telegram, was published in the Hindustan Times of 25th March 1932. In the letter, Rajah said that “the Dalit class is an integral part of Hindu society. Our fight is against untouchability and backwardness. Our only goal is to reach the level of other castes of Hindu society. As long as the 1919 Act had a dual system of governance and we were within the reserve stake of the Governor, it was useful to talk about a separate electorate. But now that you have declared provincial autonomy and the entire government is accountable to the people, it would be beneficial for us to be a part of our Hindu majority.”

In his statement of 30th April, Rajah said, “We will drown or swim with Hindu society. Our future is only in full identification with it. It’s progress is our progress, our progress is it’s.” Gangaram Thaware also said in a long press statement on 18th March that “It was true that since 1919 we had pinned our hopes on a separate electorate, because until then we thought that the strings of power were in the hands of the British and that they would protect our interests. But the British Prime Minister’s speech at the Round Table conference on 1st December 1931 made it clear that there would be no more dual governance and that if the strings of power under provincial autonomy were in Indian hands, we would be better off walking with the majority of our Hindu brothers.”

Dr. Ambedkar should have welcomed the change of views of these Dalit leaders as they were echoing his own pre-RoundTable views. But it is curious why Dr. Ambedkar was adamant in his demand for a separate electorate. His obstinacy became the main reason for the derailment of the Dalit movement. The present conflict within the BSP is a result of this derailment.