Dishonesty of Colonial ‘Scholars’: The Case of Monier Williams

In this interesting piece, Dr Subroto Roy raises many questions about the authenticity of the work produced by European Indologists and argues that were driven by an agenda. 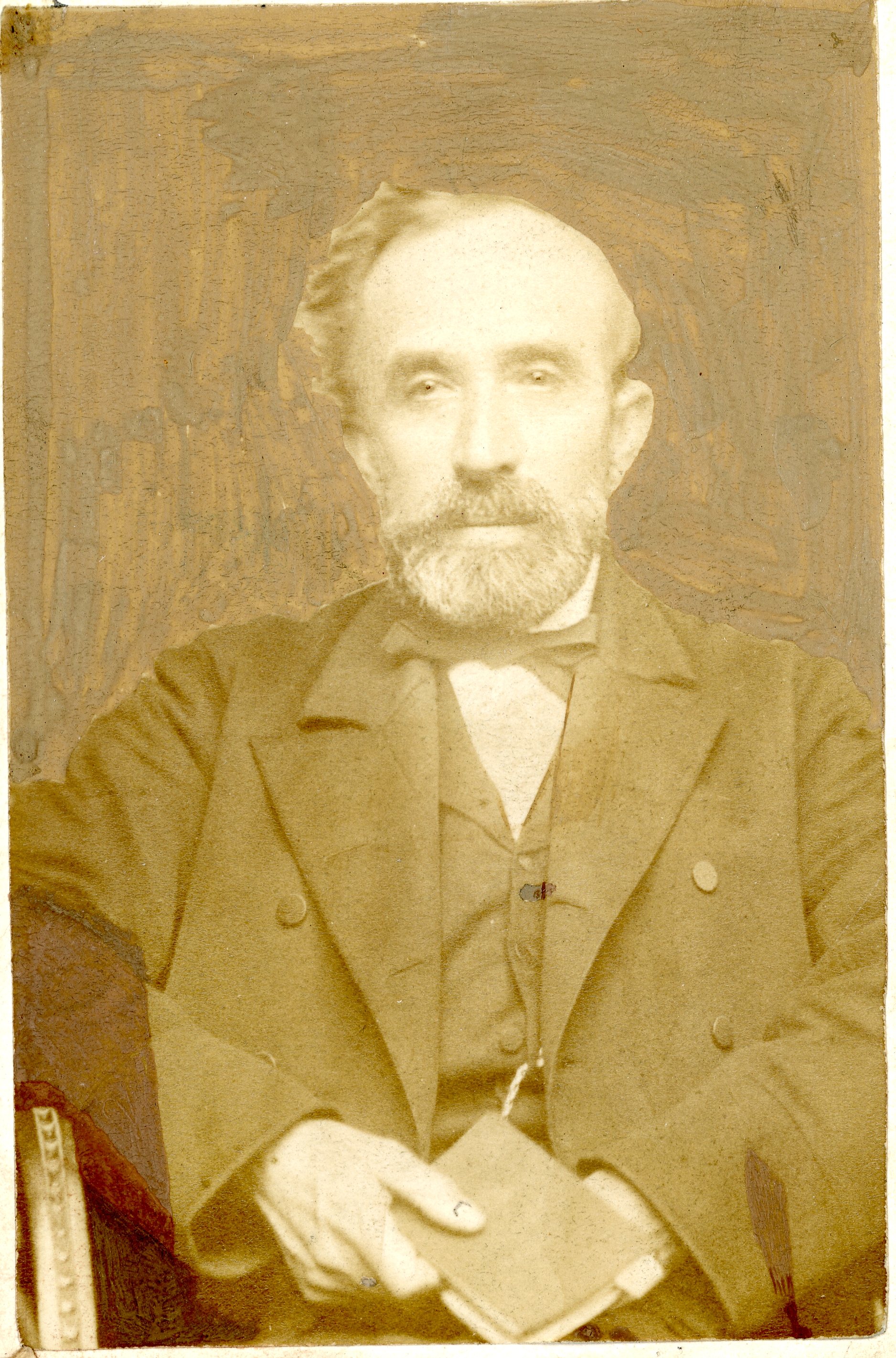 Monier Williams as a British Catholic Christian ‘Sanskritist’ and missionary who supervised the famous ‘A Sanskrit English Dictionary’. With the backing of the Oxford University’s Boden Chair’s funding he travelled to different seats of learning in India and collected entries of Sanskrit words and their meanings.

He acknowledges, the proof reader, and his assistants for his lexicon. However, in his 32 page preface and introduction does not mention the names of the Indian pandits who explained to him each and every word in Sanskrit with their etymologies, pronunciations, and cultural imports. He brazenly claims that the work was entirely his just because the curation was supervised by him.

Although in the first paragraph if his introduction he had to acknowledge the source of his manuscripts (MS.), there is no mention of Indian sources.  He acknowledges H.H.Wilson who was his predecessor of the Boden Chair. ‘…during my free time…as Professor of Sanskrit at the East India College, Haileybury….he made over to me …a large MS. volume, containing a copious selection fo examples and quotations (made by Pandits at Calcutta under his direction)’, he writes inter alia. But he fails to give the names of these Pandits. Williams does not even acknowledge his Sanskrit teachers!

It is important to note that Williams employed diacritical marks to make clear the Sanskrit pronunciations for his countrymen. But the pronunciations were learnt from Pandits which he never ever acknowledges in his lexicon.

A general statement here about the intellectual dishonesty of many European lexicographers is appropriate. Williams, in his introduction stresses that Sanskrit, ‘…is not only the elder sister of Greek, but the best guide to the structure of Greek, as well as every other member of the Aryan or Indo-European family…a keynote of the science of comparative philology.’ (Although he borrowed the misnomer ‘Aryan’ from older European sources he does not acknowledge even this in this very dictionary which I shall explain later).

Note that he calls Sanskrit as the ‘sister’ and not ‘mother’. This is a very critical presumption for sustaining fake narratives of Indo-European or Proto- Indo-European families of language.

The very fact that European scholars have travelled the extra mile to prove that Sanskrit and the Veda-s have originated outside India betrays their hidden acceptantce of the truth which is contrary to their narrative. They are well aware that European languages emerged out of Sanskrit which itself is born out of the older Vedic Sanskrit. Veda-s are today accepted as older than 7000 years and of Indian origin which automatically proves that Greek, Latin, and English have come out of Sanskrit considering the fact that Williams himself writes in his dictionary that these languages are coherent and terms the Indo-European language is a mere hypothesis.

The dishonesty appears more brazen. No English dictionary, be it Oxford, Cambridge, or Websters go beyond Greek or Latin roots of English words although the above facts are in the open. If they really were scholars, they would have given the Sanskrit roots of English words via Greek or Latin. But they cleverly avoid doing so because they are and what I term them as ‘scholiars’.

Obviously, we cannot expect missionaries to serve Sanskrit although they learnt from Indian Pandits in Calcutta, Kashi, and Tamil Nadu to name a few places. Yet, they did not acknowledge these great masters, only because they were ‘scholiars’.

Williams in the introduction mentions rather unabashedly the title of his first public speech after being elected as Boden Chair after Wilson in 1860 – ‘The Study of Sanskrit in Relation to Missionary Work in India’ which was published in 1861. He adds in the footnote that the very purpose of the formation of Boden Chair was missionary. Boden was a Colonel in the Royal Indian Army. He had clearly stated in his will (August 15, 1811) that the translation of the Scriptures (Bible etc.) into Sanskrit was ‘to enable his countrymen to proceed in conversion of the natives of Indian to the Christian Religion.’

Whatever, the motivations of this dictionary, Williams is unable to hold himself in awe of the Sanskrit grammar. He writes inter alia, ‘Sanskrit has developed more than Greek and German and any other Aryan language the faculty of formation of Compounds…Compound words are classified and defined with greater subtlety and minuteness than in any other known language of the world.’

But the real dishonesty is clear when he groups Sanskrit with these European languages as ‘sister languages’ as I just mentioned. He must have realised that it is indeed the mother, but mentioning it would mean defeating his very stated purpose.

I have personally searched for the word Aryan in the ongoing Sanskrit Dictionary project at Deccan College, Pune, but have not found any such word. I have also cross checked with former leaders of this project and confirmed that no such word exists in Rg Ved.

Now consider the following:
1. Aryan is not a Sanskrit word at all, but is an Anglicised/Germanised manipulation of the adjective ‘Arya’ which generally means ‘a respectable person’ (and many other related meanings).

But the Merriam Webster’s Dictionary online tells us another lie – It tells us that the adjective of the word Aryan is rooted in ‘Sanskrit ārya noble, belonging to an ancient people of northern India speaking an Indo-European dialect’. Now, we can see how mischievously the narrative has been turned on its head. It assumes the existence of an Aryan race and then defines the adjective Aryan which is a vicious cycle. Actually, it is the other way round. The word ‘Arya’ has been manipulated into a foreign proper noun – the name of a race, which is not its original meaning.

2. The same dictionary gives its was first used sense in 1839 as ‘Indo-European’ and ‘Nordic’. But it states that the Indo-European is merely a ‘hypothesis’. It also gives the other sense used in 1851

“—used in Nazism to designate a supposed master race of non-Jewish Caucasians usually having Nordic features” and “of or relating to Indo-Iranian or its speakers’. Here we see that Iran is a new name of Persia which was a culture very close to that of ancient India. But the dictionary does not use the term Indo-Persian language family.

The fabricated European term ‘Aryan’ gave the new name of Persia as ‘Iran’ in 1935 making people believe that ‘Iran’ comes from the root word ‘Aryan’. How could an civilisation older than the word ‘Aryan’ itself have roots in the word? Did the people foresaw that they would be called ‘Aryans’ in the future? This manipulation came in the wake of German racial fever of being ‘Aryan’ and ‘Iran’ being he home of the ‘Aryans’ – a word that was invented ages after the peak of the Persian civilisation. No one has pointed out this anomaly, to my knowledge.

Williams adds another fakery in his lexicon – the translation of ‘Arya-stree’. He enters the meaning ‘an Aryan woman of the first three castes’. If the word Arya-n does not exist in Indian literature, the question of an Arya-n woman does not arise. Any respectable woman is known as Arya-stree and not Arya-n stree.

Let’s take the entry of thew word paridhi. Williams enters the meaning as ‘circumference of circle of longitude in any place that has latitude’.  He enters the compound word madhya-paridhi meaning ‘circumference of the terrestrial equator’. In both these entries he assigns the authority to his predecessor Wilson. This seems to me as a deliberate attempt to obscure the ancient Indian location of this word.

B K Dalai in his third volume of the Concordance of Upanishadic terms places paridhi to the ancient Sāma Rahasya Upanishad and Mudgal Upanishad. As such the term paridhi is very ancient and so is perhaps the meaning as given by Williams. But to make this scientific fact easily available to the common man of the West and the East would spell disaster on two counts:

1. The lie that it was Pythagoras in the 2600 years BCE (Before Common Era or 500 BC) the first to discover that earth was spherical, would fall like a pack of cards because Upanishada-s are millennia older than Pythagoras. NASA even today teaches that it was the Greeks who first discovered that the earth was spherical in spite of William’s dictionary.

2. It would expose the Biblical ignorance which teaches that the earth was flat.

This amounts to intellectual dishonesty of the highest order. There is a need for detailed analyses of translations of Indian Sanskrit manuscripts into foreign and other Indian languages. This has to be taken up on a war footing and all misunderstandings be cleared. Cases must be registered against websites/portals which misrepresent our heritage. Critical examinations of works like those of Williams or Max Mueller must publicised, new editions published, and if so warranted, the originals be banned.

Caste System and Brahmins: The biggest hurdles for Missionaries to convert Hindus
The Hindu Sikh Cleavage: Story of British Machination
Most Popular Articles of January 2021