The Poona Pact is well known because of its association with the likes of Gandhiji and Dr. Ambedkar. But few of us know that there was a “Rajah–Moonje” pact prior to the Poona Pact. Read this fascinating piece to know more. 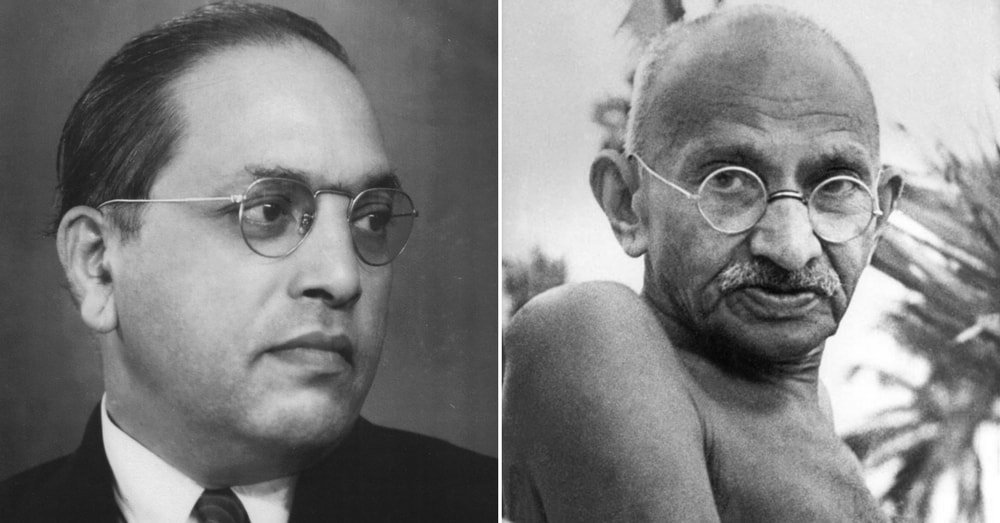 If the Secretary of State for India, Sir Samuel Hoare had not sent a telegram from London on 1stMarch, 1932 to the Viceroy, Lord Willingdon, this file may never have been opened. The first thirteen pages of this file contain official comments, dating from 2nd March to 19th July 1932, of the Viceroy’s Secretariat, Home Department, and the Intelligence Wing. These comments have been preserved in their original handwritten or typewritten form.  The Viceroy sent three telegrams, on 5th March, 4th April and 19th May respectively, in his response to the telegram of the Secretary of State for India. The background of these telegrams is contained in these comments that were considered confidential.  The comments and telegrams are followed by over twenty-seven pages of the original handwritten reports and letters that the Viceroy received from some Dalit leaders.

Since most of the files belonging to this period were printed, several copies of these files are available. However, there is no duplicate copy of this file. If this file is destroyed or lost by chance, these comments and reports will not be found anywhere. Looking at the shape and condition of the file, it appears that the British Government did not want the subject to be discussed. Perhaps, this is the reason that, at the end of the comments from the secretariat, it is ordered that “the entire file be recorded”. On 13th August 1932, the Chief Secretary of the United Provinces sent copies of the resolutions passed at some Dalit conferences. On these copies, it was ordered, “Noaction is required, put in the file pertaining to Dalit classes.’

Was this matter so unimportant and insignificant? Forty-four pages of news articles, editorials and letters to the editor show that this matter was very important and popular at that time. These articles, which appear at the end of the file, were published between 25th February and 12th July 1932 in various leading English newspapers of the time including Delhi’sHindustan Times and The Statesman, Bombay’s Times of India, Bombay Chronicle and Indian Daily Mail, Madras’ Hindu and Madras Mail, Lahore’s Tribunal and Eastern Times, Allahabad’s Leader and so on. Clippings from newspapers in Indian languages are not included in this file because the Viceroy’s Secretariat was not interested in compiling clippings from the vernacular press. They are not in this file as the Viceroy’s Secretariat is not interested in newspaper clippings in Indian languages. In fact, both the title of this file as well as the telegram of the India Secretary reveal that the colonial government was fully aware of the importance of this matter. The file is titled “Representation of Dalit Classes in the Future Legislature – The Question of Joint versus Separate Electorate: Rajah-Moonje Pact”.

Students of history are well aware that from the arrival of Simon Commission in 1928 to the Poona Pact of 25th September 1932, the issue of separate or joint electorate for Dalit classes in the forthcoming constitution was the most controversial issue of Indian politics. The entire sequence of events from the Simon Commission, the Lothian Franchise Committee, the three Round Table Conferences in London, to the Prime Minister’s communal decision, Gandhiji’s fast unto death and the Poona Pact revolved around this issue. Having granted a separate electorate to Muslims in the 1909 Act and to the Sikhs in the 1919, the colonial strategy was now keen to separate Dalits from the Hindu community by giving them the right to separate electorate in the 1935 Act, with an aim to shrink the nation-wide mass movement. But it was impossible to distinguish Dalit classes from Hindu society and it was not easy to draw a distinction between the so-called Dalit classes and the rest of society.  Therefore, the task of looking for such a definition of the Dalit classes began at the time of the 1911 Census and colonial strategists became actively involved in preparing a separate electoral role for Dalits with the establishment of the Southborough Committee in 1918. With this objective in mind, the first Round-table conference was held in London in November 1930, at a time when the nation was struggling for independence under Gandhiji’s leadership and people were filling up colonial prisons. Dr. Ambedkar and Rai Bahadur R.Srinivasan of Madras were nominated by the colonial government to represent various communal interests at the Round table conference. This was boycotted by the Congress, which was then a representative body of Indian nationalist interests.

Famously known as the “minority agreement”, this deal symbolized a victory for colonial strategists. It was signed by Dr. Ambedkar on behalf of the Dalit classes. The Minority Committee of the First Round Table Conference recommended in its report that “the Dalit classes participating in the conference should be excluded from the Hindus and granted a separate electorate”.

But colonial officials were aware that without the consent of the Congress that spearheaded the national movement, no such agreement would be worthwhile.  Therefore, the colonial Government managed to ensure that Gandhiji was the sole representative of the Congress in its second Round table conference. There, Gandhiji expressed concerns about the representative status of the leaders nominated by the colonial Government for the Round Table Conference and, like Abhimanyu, he found himself trapped in the maze of colonial diplomacy. The outcome of the conference was left to British Prime Minister Ramsay MacDonald. Gandhiji returned home on 28th December 1931 with the decision to launch a strong social movement on the question of untouchability. But the colonial government arrested him on 4th January 1932, even before he could begin his protest. As a result, the colonial strategists got a free hand. The sequence of events was happening as per plan when a news item shocked the Secretary of State for India and prompted him to send a telegram to the Viceroy stating that “Reuters has reported about an agreement between the Hindu Mahasabha and the Depressed Classes Association regarding representation in the legislative. Send me details of this agreement and tell me the extent of approval that has been given to this agreement.” This agreement was called the ‘Rajah-Moonje Pact’ as mentioned in the title of the file.

The Poona Pact is well known because of its association with the likes of Gandhiji and Dr. Ambedkar. But how many people know that there was a “Rajah–Moonje” pact prior to the Poona Pact and the Poona Pact was, in a way, simply a modified version of that pact? What was really contained in this pact that rattled the Secretary of State for India? Why was he anxious to assessthe impact of this pact on the Dalit classes?