Origin and Development of Literary Compositions

What is the origin of literary composition (Kavya) in the Indian tradition and what does it signify? How does Kavya encompass geographical variations? Read this interesting excerpt from Kapil Kapoor’s work to find out.

Rgveda is the oldest Indo-European literary document, and attests the existence of poetry at an early date. Similarly, Brahmana texts constitute the oldest existing prose documents.

So compositions (Kavya) really originate with the Rgveda which is replete with lyrical nature poetry in the form of hymns addressed to various male and female deities – Agni, Usa, Vak (fire, dawn, speech), etc. But it is usual to treat Kavya as a separate body of literature.

Puranas and poetics both give accounts of Kavya in India – its origin and spread. Rajasekhara (Kavya Mimamsa, chapter 3) narrates, in the pauranic (myth-legend) mode, the origins of metricalcompositions, the origin of Sahitya vidya (poetics), its ‘wedding’ to metrical compositions, the evolution and spread of compositional literature, and the division of this geographic entity, the subcontinent, into three cultural units, according to the clearly identifiable three compositional modes.

Rajasekhara postulates a being, Kavyapurusa, who stands for all compositions. This verbal discourse, Kavyapurusa, is described as the son of Sarasvati, the goddess of speech (Vani) and learning (Jnana, Vidya). And it is also said that this Kavyapurusa (i.e. actually existing compositions, the compositional practice) is the teacher of Kavya Vidya (poetics). So (1) language, and (2) learning are the two sources of Kavya, and Kavya Vidya (poetics) is empirical – it literally follows actually existing compositional practices and is based on them. Another point – Kavyapurusa is born, rather he is created. So compositional literature, Kavya, is to be distinguished from the Vedas, though even the Vedas are metrical. Kavya, unlike Vedas, is not anadi (with unknown beginning). As non-sruti metrical composition, it comes much later after the phase of the prose liturgical texts, the Brahmanas. This is made clear in a brief episode – as soon as the child Kavya Purusa was born, it bowed before its mother, Sarasvati, and addressed her in language with metrical body/form (Chandaskaya). The mother Sarasvati is delighted at the use of metrical language outside the Vedas. “The wise people had, after the Vedas, used prose but not verse”, she says.

The whole compositional literature is then visualized as a Purusa in a human form. This visual image identifies the properties of Kavya.

Words and Meanings together constitute its substance. Sanskrit language is its mouth. Prakrits are its arms. Apabhramsas, its thighs. Paisaci language, its feet and mixed languages its chest. Even/honest (sama), pleasant (prasanna), melodious (madhura), extensive/liberal (udara), vigorous (ojasvi)-these are your attributes. Metre, your pores. Question followed by an answer, conundrum or quiz, problem – these are your modes. Anuprasa, alliteration/repetition, upama, simile, and such other devices ornament you. Even Sruti, dealing with ultimate meanings, praises you. (Rajasekhara, Kavya Mimamsa, Chapter 3).

Apart from defining in a straightforward manner the attributes of Kavya (gunas, metre, rasa,figural devices, exalted language and forms), this image captures the spread of compositional literature and attests the existence of such literature in almost all languages of India, distributed geographically as well as in the vertical cline of respectability. Reference has been made to compositions even in the intermediate dialects. Dandin in Kavya darsa (1.37) also refers to compositions in languages other than Sanskrit. There is once again a reference to the relationship of Vedas to Kavya.

Rajasekhara then makes a reference to the first legendary poet, Usana, whose work however is not available. Then the legend of the poet Valmiki, the composer of Ramayana, whose poetry originated in Soka or grief, is recounted, and it is said it was Valmiki’s poetry that inspired Vyasa to compose the Encyclopaedic Mahabharata.

Next, the brief episode of Sarasvati, the goddess of learning, leaving this world and going to the nobler realm of Brahmaloka and leaving her son, the Kavya Purusa, behind in this world shows that Kavya is essentially worldly (ostensibly this distinguishes Kavya from both sruti and smrti which are strongly oriented towards jnana (knowledge). The separation from the goddess of learning means a separation from Brahma vidya, higher forms of knowledge.

Sarasvati tells Kavya Purusa that his going to Brahmaloka will not be appropriate. Thus separated from Sarasvati, Kavya Purusa is wedded to the bride Sahitya Vidya (literary study; aesthetics). Kavya thus broke off from Vedas, in its purpose and structure.

Together, the Kavya Purusa and his bride, Sahitya Vidya, roamed all over. It is obvious they started their journeying from the middle country, the heartland, the area around Ujjain, where it is suggested the earliest Kavya literature originated. They travelled East (and a number of recognizable territories of the East, Pracya, are mentioned) and shaped and influenced the dress habits (Pravrtti), song and music (vrtti) and the literary practice (riti) of the eastern peoples. Now this is interesting. What does this mean, this shaping of dress, song/music and literary compositions? Evidently it is drama (natya) that Rajasekhara has in mind – drama has all these elements and more (eleven, in all, vide Bharata, Natyasastra 6.23).

Through drama, the dress habits, the song and music and the literary practices of the Madhyadesa (region comprising contiguous borders of U.P., Madhya Pradesh and Maharashtra in Rajasekhara’s time) travelled East and interacting with local habits and traditions produced a recognizable form of what one terms as the culture of eastern India. In literary practice, this riti, literary mode, is called Gaudiya riti (dress habits of the East) and the modes of song and dance are termed audra magadhi and bharati vritti respectively.

Narration of their travels to north-west is then picked up followed by those to the South (daksinatya). North-western (udicya) literary mode is identified as Pancali riti, that of the central southern India, Vaidarbhi, which was identified by Vamana as the strong, simple, elegant style (Kavyalamkarasutra 1.2.11,20).

This division of the subcontinent into three cultural zones is a very ancient division. Some major texts, in fact, come in three recensions corresponding to these three divisions-udicya (north-west), pracya (eastern), daksinatya (southern). Thus, Mahabharata comes in three pathas, recensions. A preliminary application of the categories of riti school shows that many attributes of these three ritis are identifiable in the language habits of the speakers of even modern Indian language in these three regions.

From the point of view of dress and dance and music, Rajasekhara divides the subcontinent into four parts: east, north-west, central and southern, with territories and regions of each zone clearly identified. From the point of view of properties of composition, however, there are only three zones. A question is understandably asked-as regions and regional identities are so many, how can they all be subsumed under four kinds? The answer is significant. This whole country is Chakravarti Ksetra, and small internal differences mark numerous regions. A Chakravartin is a centrally administered/administrable unit-like the structure of a wheel (cakra). It also means then, by extension, a rastra, a country. This transcendental concept is the answer to the visible ethnography of India-and the word rastra in this sense is employed as early as the Atharvaveda(Prthvi Sukta, 12.1.8). A division into four zones is practical and adequate. The overall cultural unity of this country results from the fact that cultural modes originate in one area and then spread over all the regions in which they are articulated in close interaction with local modes and manners. In the ninth-century A.D., the culture of Vidarbha-overlapping parts of modern Andhra Pradesh, Madhya Pradesh and Maharashtra-Provided the norm for dress, song, drama and other literary compositions. 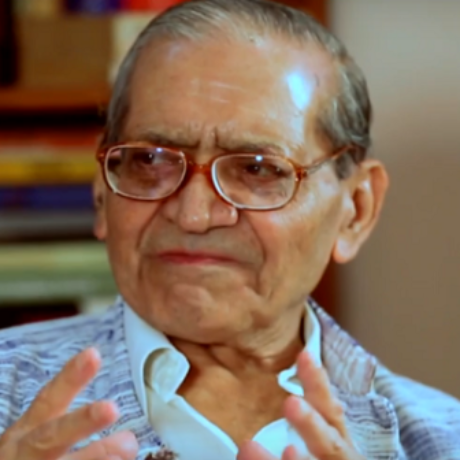