‘Ism’ is no small conspiracy

In this insightful article, Dr. Subroto Roy explains why Hindus need to be cautious about Sanatana Dharma being classified as another ‘ism’. 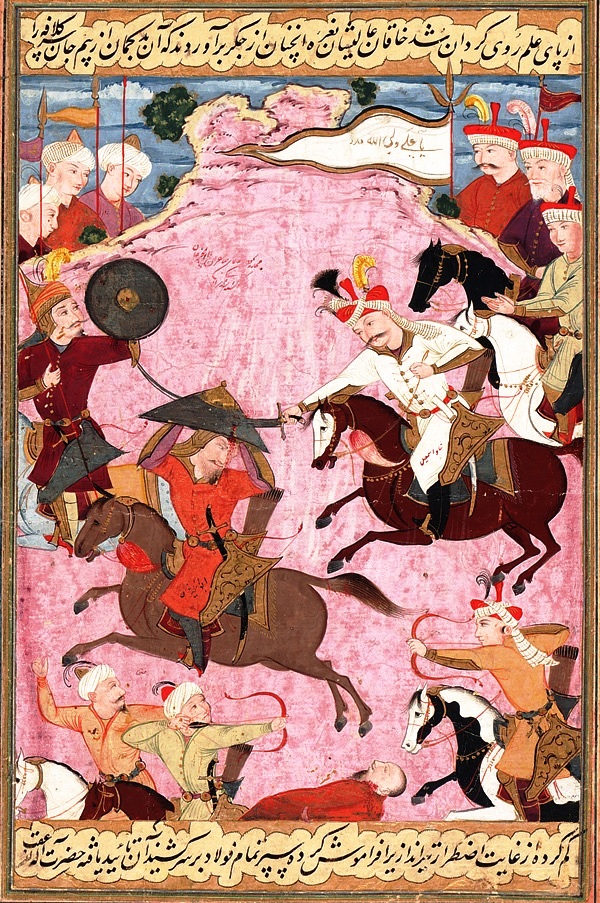 No ‘dharma’ has the potential to militate against Sanatana Dharma (SD) because the latter, understands dharma and accepts plural approaches to multiple realities and truths. If I take the case of rāga music, we see that a single rāga is rendered by different people of different musical lineages differently and this is accepted without any resistance. Instead, students of music are amused by the difference itself, unless a student is too narrow.

However, ‘isms’ and other particularising and universalising suffixes may militate against Sanatana Dharma as well as the very idea of ‘dharma’. In the act of particularising, a demarcation of a certain political, scientific, social, intellectual, landscape is potentiated, leading to diversity and not plurality. In universalising again, dissolving all plurality is the goal. So much so, that it becomes almost a zeal, like we see in religious conversion and in genocides like the crusades and jehad.

Today is a point in history when we need to reconsider the use of the suffix ‘ism’ otherwise we are unwittingly or otherwise altering its core cultural symbols. We are changing SD into some set of rules which religions have. While the word ‘Hindu’ has unified the Sanatani-s to a considerable extent, the world looks at it as a religion while it too, like SD is not a religion that we all know by now thanks to political volcanoes leading to the Rām mandir construction, to name just one.

The Oxford English Dictionary (OED) enters ‘ism’ as ‘A form of doctrine, theory, or practice having, or claiming to have, a distinctive character or relation.’ Take the case of Buddha Dharma (BD) as opposed to ‘Buddhism’ or ‘Budhism’. The OED definition is a divisive narrative being planted because SD is BD’s superset and BD is not so ‘distinct’ from SD. It is a tributary of SD, and not a different species. In fact, there may be larger meeting points than divergences between BD and SD just because it is a dharma and not an ‘ism’.

While SD has its temporal parts as in SD 12000 year ago and SD today, yet its core cultural symbols have not changed which is why it is so called. It is a classic case of change and continuity which anthropologists often allude to. This is why BD, Jaina Dharma, Seekh Dharma, etc are parts of its temporality. They’re not an ‘isms’ as Christians like to make us believe. SD represents a whole civilisational story and is not a mere religion or ‘ism’.

In popular perception only Christianity and Islam in the list of world religions are not ‘isms’. Very rarely the words ‘Christianism’ and ‘Mohammadism’ are used. Even here, on my Macintosh these words appear with a red underline, but Hinduism, Judaism, Jainism, Buddhism, etc are not underlined.

I am sure, that the removal of ‘ism’ from the above as discriminatory will resonate with Indians when there is a rejuvenation of SD on the one hand and the reaffirmation that Dharma is untranslatable. It will resonate with Indians that ‘ism’ suffixed to any part of SD is a reduction and is unacceptable. SD which has roots in multiple approaches to multiple realities and truths.

When we see the OED online we also find the following entry:

/ˈɪzəm/ /ˈɪzəm/ (usually disapproving) used to refer to a set of ideas or system of beliefs or behaviour. So, ‘ism’ has a connotation of disapproval and explains why the popular discourse does not include Christianism and Mohammadenism. The leading Abrahamic religions perhaps are making a clear distinction – ‘isms’ which they disapprove and the ones they follow. Note Judaism is a Abrahamic religion, but politically it does not matter to them so much. The number of followers of Judaism is incomparable to those of Christianity and Islam. There were 14 million Jews (0.2%) around the world as of 2010. A demographic study – based on analysis of more than 2,500 censuses, surveys and population registers – finds 2.2 billion Christians (32% of the world’s population), 1.6 billion Muslims (23%), 1 billion Hindus (15%), nearly 500 million Buddhists (7%).[1]

So we see that by introducing ‘Hinduism’ as a religion and an ‘ism’ the Christians have doubly reduced it to a religion they ‘disapprove’ of. Then comparisons are made on all issues of culture, politics, demographics, society, political science, etc. Our culture is multiply misunderstood. First, SD is not ‘Hindu’. Secondly, both are not religions. So, two different things are first artificially made equal. Then this synthetic ‘religion’ is compared with other religions.

It is a complete disaster in the history of ideas that we have allowed to blur our sense of identity. We have parroted an attribute that others have lent us out of disapproval. We are like orphans. We have forgotten the names our parents gave us, and accepted the names those who ruled us gave.

Well what is the history “-ism”? It has Biblical references as given inter alia below:

‘…the noun in -ισμός had the sense of acting or doing like, siding with, adhesion to, or speaking like the people in question.The LXX (Esther viii. 17) and N.T. have Ἰουδαίζειν to Judaize, to live like the Jews. The derivative Ἰουδαισμός Judaism, the manner of the Jews, occurs in the LXX (2 Macc. ii. 21).’ [2]

Donald S. Lopez Jr.[3],  a professor inter alia refers to its ‘vaguely pejorative quality..which suggests something that someone else believes in but will eventually abandon when they see the error of their ways. Where there is the one true faith—Christianity, for example—its rivals are isms of one kind or another.’ This is a harsh reminder. He goes on to remind us that in the 1600s ‘…only four religions were identified in the world: Christianity, Judaism, Muhammadanism, and Paganism (also known as idolatry). He perhaps points out that academics have also dealt a blow to SD. ‘The history of the academic study of religion is in one sense a process of replacing Paganism with a larger list of isms: Hinduism, Confucianism, Taoism, Shintoism, Sikhism, and Buddhism.’

Academically speaking, ‘isms’ help us to separate ideas and look at them. Yet the politics of ‘ism’ is very different from an academic pursuit unless that pursuit is also marred with politicking which often happens. In politics the rhetorics of ‘ism’ come especially handy for manipulation. Four ‘Isms’ according to Jussi Kurunmäki & Jani Marjanen ‘may be used in order to present a ‘correct’ meaning of an issue and thus can be seen as an attempt to ‘colonise’ the discourse.’

[3] Donald S. Lopez Jr. (2000). How the Buddha Got Ism-ed. Department of Asian Languages at the University of Michigan. Accessed from https://tricycle.org/author/donaldslopezjr/.

Book review on "Caste as Social Capital: The Complex Place of Caste in Indian Society" by Ramachandr...
FIVE LEVELS OF EXPERIENCE
Luther Burbank – A Saint Amidst the Roses