Read this interesting prophecy of Historian Vincent Smith who believed that “Caste and Hinduism are integral, not separate, and it is impossible to destroy the caste system as long as Hindus want to remain Hindus. If caste has been alive for more than three thousand years, it is because it is beneficial to Hindus and has become a part of their nature.” 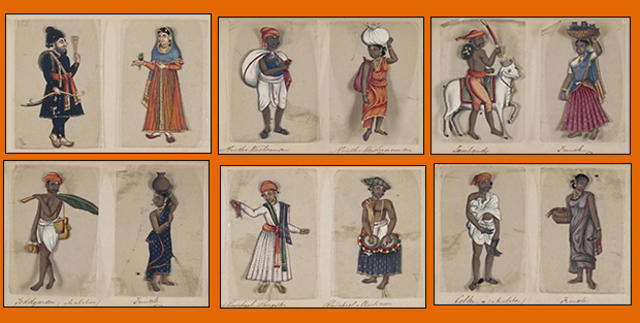 What an irony that the 1950 Constitution, which stemmed from the constitutional reform process created by the British to further their ‘divide and rule’ policy, was assumed to be the true expression of India’s democratic consciousness and the surefire means of building a caste-free society! So far as the British imperialists are concerned, they were in no doubt from the very beginning that their designs, far from eradicating the caste system, would strengthen the caste system and make it more internally competitive and discriminatory.

Having undertaken a thorough study of Indian society and being aware of the discrepancies in the British parliamentary system, colonial officials deliberately pushed India on the path of constitutional reform process. In August 20, 1917, a joint report was published by the then Secretary Montague and Governor General Chelmsford, as a prelude to constitutional reforms of 1919, in which it was declared that the British government’s goal was to grant complete self-governance to India by way of an electoral based democratic mechanism.Paragraph 149 of the report stated that “as soon as discriminatory barriers like caste are demolished, self-government in India would be achieved.” From 228 to 231 para of the report, by way of numerous examples from abroad, it was argued that India would be able to get rid of age-old divisive barriers like caste by passing through a democratic process based on elections.

At the same time, some experienced British thinkers such as Sir Harry Stephen expressed concerns that “this report does not explain how a responsible government might co-exist with the ancient caste system.” About the same time, the well-known historian Vincent Smith published a small booklet that presented a deeper analysis of discrepancies in the Montague-Chelmsford report. On December 18, 1918, Vincent Smith wrote in the introduction to this booklet that having worked as an I.C.S. officer in various departments of the Government of India for sixty-three years, he had seen the Indian scenario closely and had spent nearly fifty years of his adult age as a historian trying to understand the larger historical processes. Therefore, he believed that he had the right to comment on this report. Smith also wrote that India had given him a lot and now that his active life was coming to an end, he felt that he should also do something for India.

Historian Smith noted that “in India, the family, rather than the individual, is considered to be the fundamental unit of society. Caste is the name of the set of many families that were classified along traditional lines relating to food habits, marriage etc. There is no basis other than being a member of a particular caste by which a Hindu can identify himself. In fact, caste and Hinduism are integral, not separate, and it is impossible to destroy the caste system as long as Hindus want to remain Hindus. If caste has been alive for more than three thousand years, it is because it is beneficial to Hindus and has become a part of their nature.‘

From the above analysis of the caste system, Sir Vincent Smith undertook a meticulous study of the Montague-Chelmsford report. He wrote that ‘paragraph 152 of the report expresses hope that representation based on election will help in reducing the rigidity of caste system.’ Do the authors of this report seriously believe that merely increasing the number of elections and voting ballots would alter the comparative differences between Brahmins and lower castes? If they believe so, they may believe whatever they want to.

In short, Sir Vincent was of the considered view that through a parliamentary constitutional system based on the British model, the rigidity and discriminatory tendencies of caste practice would increase rather than diminish. He believed that from this constitutional process, if there was any system that would become more robust rather than being eradicated, it was the caste system.

Vincent Smith’s prophecy has turned out to be accurate. Today, we are seeing that in the last forty-four years, caste politics has been becoming increasingly powerful within the constitutional process.

Music and Childhood in America
Why do Muslims attack Dargahs?
उदीयमान राष्ट्रदृष्टि – 4