The Boy Who Was His Own Grandfather. Exploratory Studies in Reincarnation.

Does Consciousness continue after death? What does science say about reincarnation? Indic Varta takes you on a fascinating journey of a scientific exploration into the question of reincarnation through a series of excerpts of cases of children with past life memories from Dr. Jim Tucker’s book ‘Life before Life’. 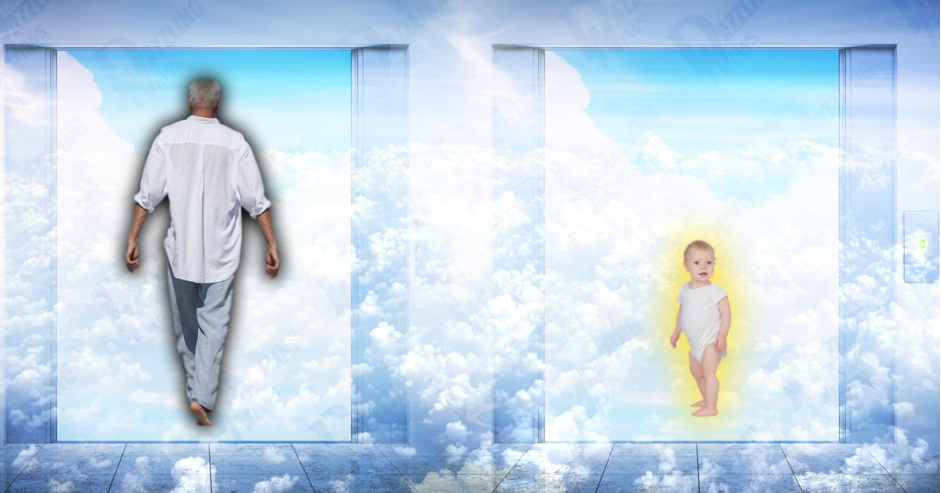 Does Consciousness continue after death? A question that has intrigued humans over the ages. Lord Krishna, in the Bhagavad Gita, tells Arjuna, ‘As a person sheds worn-out garments and wears new ones, likewise at the time of death, the soul casts off its worn-out body and enters a new one’.

The idea of reincarnation is something that is intuitively accepted by people belonging to the Indic religions. That the Atma is indestructible and eternal with no beginning or end is not disputed even by those who are not necessarily steeped in tradition or well versed in scriptures. This and many other such beliefs are so deeply embedded in the collective consciousness of the people of this culture that despite centuries of violent onslaughts by invaders of alien cultures, leading to severe deracination of the people of this land, such beliefs have not only survived, but continue to thrive in our memory.

On the other hand, most denominations of the Abrahamic religions do not believe in reincarnation. While they do subscribe to the idea of a soul, according to them, human death leads to the soul being permanently transported to another plane of existence as determined by God based on their actions and beliefs during life.

It is in this context that we must view reincarnation research studies. What is the possible impact of the evidence uncovered during such a study? Doesn’t such evidence strike at the very foundations of the Abrahamic belief systems that believe in one life and an eternal heaven or an eternal hell after death?

In our previous article on reincarnation research ‘A Scientist’s Tryst with Reincarnation: Remembering Dr. Ian Stevenson’, we published an excerpt from Dr. Jim Tucker’s book ‘Life before Life’ that highlighted the pioneering and revolutionary research carried out by Dr. Ian Stevenson in the field of reincarnation. Dr. Stevenson’s work has led to the publication of many research papers and books authored by him, on the subject. Over the course of forty years, Dr. Stevenson investigated and documented over 2,500 cases of children with past life memories from all over the world using rigorous scientific methods. Whenever a possible case of reincarnation was brought to his attention, Dr. Stevenson began the investigation with a systematic collection and documentation of the child’s statements of a past life. This was followed by verification of these statements against the details of the deceased person that the child claimed to have been in the previous life. Another key feature of  Dr. Stevenson’s investigation is, establishing a correlation between any birth defects/birthmarks of the child with the wounds or scars of the previous personality. Such was the scientific rigour of Dr. Stevenson’s work that it forced the modern medical community to sit up and take notice.

With time, others like Dr. Satwant Pasricha and Dr. Jim Tucker joined Dr. Stevenson in these investigations and assisted him. Eventually Dr. Jim Tucker took over the project at the University of Virginia when Stevenson retired.

In his book ‘Life Before Life’ Dr. Tucker explores numerous cases of children with memories of a previous life from different parts of the world. He presents the evidence accumulated through a systematic, scientific approach. He then delves into the evidence and presents possible explanations for the presentation of the evidence in as unbiased a manner as possible.  But, even in doing so, Dr. Tucker encourages the reader to analyse the evidence presented, reason and draw their own conclusions.  Dr. Ian Stevenson who has written the foreword for the book says-

‘I found particularly impressive Jim Tucker’s guidance of his readers. He asks, almost requires, them to reason along with him as he describes and discusses each objection to the idea of reincarnation. He writes so well that he may beguile a casual reader into thinking he or she has no work to do. Read on, and learn that evidence may answer—sooner than you expected—the most important question we can ask ourselves: “What happens after death?” ‘

We at CIS-Indus present to you, in a series of excerpts, some of the most compelling and striking cases of reincarnation documented in this book by Dr. Jim Tucker. The cases we have curated are distributed across geographies from Lebanon to Burma and from the USA to Sri Lanka. The cases cover reincarnation types that range from simple past life memories to birth defects/birth marks to past life memories from the womb. Whether you are a believer in reincarnation or not, stepping into this world of reincarnation research can be nothing short of a fascinating journey.

The Case of William, New York

John McConnell, a retired New York City policeman working as a security guard, stopped at an electronics store after work one night in 1992. He saw two men robbing the store and pulled out his pistol. Another thief behind a counter began shooting at him. John tried to shoot back, and even after he fell, he got up and shot again. He was hit six times. One of the bullets entered his back and sliced through his left lung, his heart, and the main pulmonary artery, the blood vessel that takes blood from the right side of the heart to the lungs to receive oxygen. He was rushed to the hospital but did not survive.

John had been close to his family and had frequently told one of his daughters, Doreen, “No matter what, I’m always going to take care of you.” Five years after John died, Doreen gave birth to a son named William. William began passing out soon after he was born. Doctors diagnosed him with a condition called pulmonary valve atresia, in which the valve of the pulmonary artery has not adequately formed, so blood cannot travel through it to the lungs. In addition, one of the chambers of his heart, the right ventricle, had not formed properly as a result of the problem with the valve. He underwent several surgeries. Although he will need to take medication indefinitely, he has done quite well.

William had birth defects that were very similar to the fatal wounds suffered by his grandfather. In addition, when he became old enough to talk, he began talking about his grandfather’s life. One day when he was three years old, his mother was at home trying to work in her study when William kept acting up. Finally, she told him, “Sit down, or I’m going to spank you.” William replied, “Mom, when you were a little girl and I was your daddy, you were bad a lot of times, and I never hit you!”

His mother was initially taken aback by this. As William talked more about the life of his grandfather, she began to feel comforted by the idea that her father had returned. William talked about being his grandfather a number of times and discussed his death. He told his mother that several people were shooting during the incident when he was killed, and he asked a lot of questions about it.

One time, he said to his mother, “When you were a little girl and I was your daddy, what was my cat’s name?” She responded, “You mean Maniac?”

“No, not that one,” William answered. “The white one.”

“Yeah,” William responded. “I used to call him Boss, right?” That was correct. The family had two cats, named Maniac and Boston, and only John referred to the white one as Boss.

One day, Doreen asked William if he remembered anything about the time before he was born. He said that he died on Thursday and went to heaven. He said that he saw animals there and also talked to God. He said, “I told God I was ready to come back, and I got born on Tuesday.” Doreen was amazed that William mentioned days since he did not even know his days of the week without prompting. She tested him by saying, “So, you were born on a Thursday and died on Tuesday?” He quickly responded, “No, I died Thursday at night and was born Tuesday in the morning.” He was correct on both counts—John died on a Thursday, and William was born on a Tuesday five years later.

He talked about the period between lives at other times. He told his mother, “When you die, you don’t go right to heaven. You go to different levels—here, then here, then here” as he moved his hand up each time. He said that animals are reborn as well as humans and that the animals he saw in heaven did not bite or scratch.

John had been a practicing Roman Catholic, but he believed in reincarnation and said that he would take care of animals in his next life. His grandson, William, says that he will be an animal doctor and will take care of large animals at a zoo.

William reminds Doreen of her father in several ways. He loves books, as his grandfather did. When they visit William’s grandmother, he can spend hours looking at books in John’s study, duplicating his grandfather’s behaviour from years before. William, like his grandfather, is good at putting things together and can be a “nonstop talker.”

William especially reminds Doreen of her father when he tells her, “Don’t worry, Mom. I’ll take care of you.”

Are Emotions Real?
Ayurveda as a Knowledge System - 1
Ramayana Parampara among the Garos and the Jaintias of Meghalaya