In this article, Rekha Rao explains why Indra is regarded as the supreme deity in the Rigveda. Read this fascinating story of one of the most celebrated gods in the Hindu pantheon. 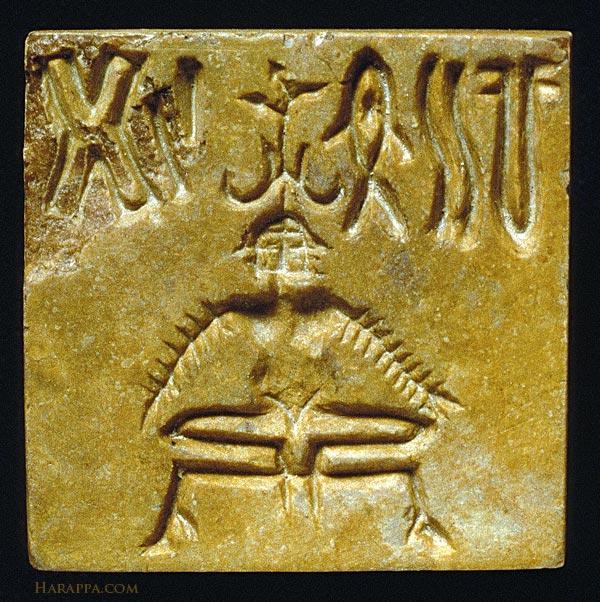 This paper explores why Indra was the popular god in Rig Veda poetry and why he was fond of the drink Soma. The religious, social, medical, and literary aspects associated with his birth and his mission of killing the asuras to help people for a trouble-free life are interesting topics mentioned in Rig Veda (RV). Rig Veda was compiled approximately in 1500 BCE. Rig Veda prescribes a trishtup metre for Indra (44 syllables in each verse). It also has interesting monologues and dialogue presentations which are quoted in the following paragraphs.

Indra was born to Aditi, the mother of all gods and Adityas. Aditi was also revered as the cosmic mother with maternal status of the earth goddess, and the earliest name invented to express the infinite expanse of universe. Though Aditi is not associated with a male consort, Rig Veda, stanza 4.17.4 mentions that Indra’s father was Dyaus, the personification of the mighty heaven and, the endless expanse of the sky.

The birth of super deity Indra is a remarkably interesting and is an unusual story accounted in Rig Veda. It describes how Aditi, the mother of Indra, had suffered a lot due to starvation while she was pregnant bearing Indra. The terrible demons had conquered the heaven and had imprisoned all the clouds bearing water in heaven. None of the gods could release it from them and Aditi laments about this abandoned state of hers. It was “Shyena” the falcon Garuda who had given her Soma juice when she was in distress and she survives by consuming that which was extracted by hundred virtuous people (shatadhanya). Indra had absorbed the essence / power of Soma in the womb itself and grew to be a strong fetus. This explains why Indra was so fond of Soma later as he had tasted it in the womb itself.

Indra, yet to be born, had stayed in the womb for a long period because the fluid of the womb was favorable. “Sahasra maaso jabhaara sharadascha poorvihi” (RV. 4.18.3, Sahasra masa meaning thousand months cannot be literally taken as that span but can be understood as longer duration).

Upon the full growth of the fetus, Indra decided he shall not be born in the usual painful way. He rather wanted to come forth from the womb through the side, creating a special way for himself defying the conventional norms of the world and prove stunningly different at the birth itself. The first stanza of Rig Veda mandala 4.18.1-3 says how all gods came into existence through the yoni (Womb) of young Aditi in the normal way of childbirth. But Indra refused to be born in the normal way and grew in the womb for thousand months.

Aditi tries to hide the baby in the womb for extended time, probably the fetus had not positioned in the normal head down position and she was unsure of his shape for he had overstayed, but with time, she could no longer hold him. One of the reasons for a breech is excessive amniotic fluid in the sac, by which the fetus takes an unusual position in the womb. The fetus called Indra decides to come out in a unique way different from his peers as the chamber (womb) turned uncomfortable for him. He finds womb small or unworthy of holding his valor any longer. He chooses a unique way of exiting through the side in a transverse way, the thoughts of fetus presented as a monologue form.

That path would likely kill his mother, and he sees her dying with pain. He withdraws his decision of transverse emergence and decides to spring by himself by emerging with his hind part, again as a monologue.”Jaghanva asu jat”.This correlates with breech case in medical terms.

“He sprang up himself, assumed his vesture and filled the earth and heaven as soon as born” (Griffith).

The water of womb floods after the birth (which is a metaphoric comparison to the copious rain he brings later). In Rig Veda, the flow of excessive fluid during birth is compared to a river (called river Kusava who had covered Indra).

Indra, emerges from Aditi’s womb, holds vajra with hundred bolts, which was specially designed by the celestial designer deity Tvastar for Indra in the womb itself. Tvastar was also revered as the one who gave perfect shape to the baby in the womb.

Indra became immensely powerful as he drank Soma, the stimulant drink soon after the birth. The new-born showed his war like disposition and grows big up to the heaven. He asks his mother who his opponent is, and who made his mother suffer. Rig Veda 8.45.4-5 quotes the dialogue:

“Aa bunda vrutraha dade jaataha prucchad vi maataram, ka ugraaha ke ha shrunvire” “The new-born Vritra slayer asked his mother as he seized his shaft, “who are the fierce? Who are the renowned?” (Griffith)

Aditi, on hearing the heroic words, overcomes with love for the baby and presents her thoughts on Indra (RV,4.18.8-9)“I cast thee from me -mine, thy youthful mother thee mine own offspring”. Vyamsa, the demon of draught, who had killed Indra’s father (literally means he who had won the zone of heaven) wanted to immediately put an end to the child’s life and therefore struck the child violently. Indra, already credited with the thunderbolt in his hand upon birth, smashed the demon’s head, drank enormous quantities of the Soma, the heavenly stimulant drink soon after, and assumed a vigorous huge form. He at once struck the demon Vritra with the thunderbolt and released all the waters from clouds that were in captivity of demon Vritra. The earth goddess now rejoiced that her son had accomplished the massive task, rather a superhuman act, that was beyond the capacity of all gods. Aditi calls Indra, her own offspring, as Maghavan, for he crushed the demon Vyamsha who had smashed her husband.

Rig Veda 1.80.6-12 gives a detailed description of Indra as a warrior against the inimical obstruction of waters by the hostile powers of atmosphere and how he crushed his thunderbolt weapon on Vritra, the hoarder of clouds.

“With hundred jointed thunderbolts, Indra rushed to the trembling foe Vritra and struck him on his back and released the waters to run.”

“Win us the waters of the sky. And send us kine (streams of water) abundantly.”

This gives a hint about the draught condition that prevailed in that period and how Indra cut the clouds and helped people by giving showers of rain.

As an appeasement to please the hero, Indra was offered the copious flow of Soma juice in the  Soma Yajnas. Rig Veda Hymn, 1.8.1-7 gives a clear picture of how Indra drank Soma juice till his belly got swollen like an ocean. Rig Veda 1.32.3 and many stanzas describe how the “Soma priya” consumed three beakers “Trikadrukas” full of his favorite drink soma. Indra was requested to come on a chariot with two horses, listen to the praises through mantras, and enjoy the drink. The juice extract of the Soma plant, called Soma rasa, was the most important sacrificial offering of Soma yajnas in Vedic period.

The entire Vedic literature has eulogized Indra largely that no other deity enjoys such preferences. All four Vedas praised Indra as Deva Samrat (Monarch of the Gods). One-fourth of the Rig Veda speak about Indra as the source of cosmic power, a great warrior, and God of tremendous power in all the philosophical and spiritual aspects.

The meaning of the above is that though he recovered the wealth of cattle from demon Vritra, he did not keep it for himself.

Holding his metallic weapon Vajrayudha, symbolic of lightning, he was praised as Vajrabahu, the conquer of all the enemies in the fight. This gives a clear picture of the status of a leader, a hero by birth, who fought for the welfare of society and did not like to hoard any wealth conquered.

He was the rain God, one who created streams of water from cutting the clouds and therefore resuming the rains. Indra was elevated to the position of supreme deity of Vedic Aryas and regarded as the symbol of rain, victorious power, and a warrior with unmatched physical strength. Indra is thus picturized as the supreme being and the mass leader of Vedic civilization.

In the Footsteps of Hind Swaraj. The Oeuvre of the Historian and Political Thinker Dharampal – 4
A Forgotten Pact
Radhakrishnan's Tryst with Plagiarism 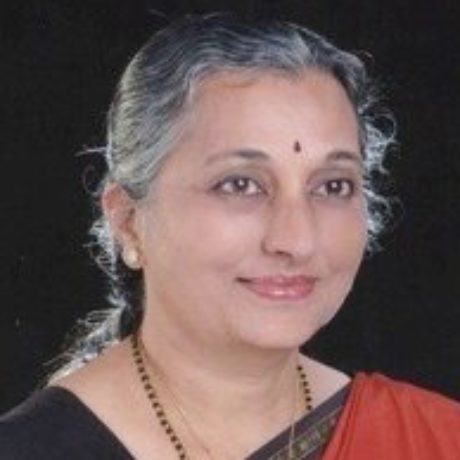 Rekha Rao, a master’s degree holder in Indology from the University of Mysore, is also an accomplished classical dancer. In the year 2000, she took up independent research work in Indology under the guidance of Dr.S.R. Rao, Former Deputy Director-General, Archaeological Survey of India, and since 2010, on her own. Her interests in the temple sculptures have made her visit and study various temples in India focusing on the sculptures of Apsaras, Buddhist architecture and Indus Seals.