Moral Blindness in the Name of “Tolerance”

Does the ubiquitous fashion of tolerance and moral relativism induce us to overlook obvious moral wrongs? Sam Harris dwells upon this question here. 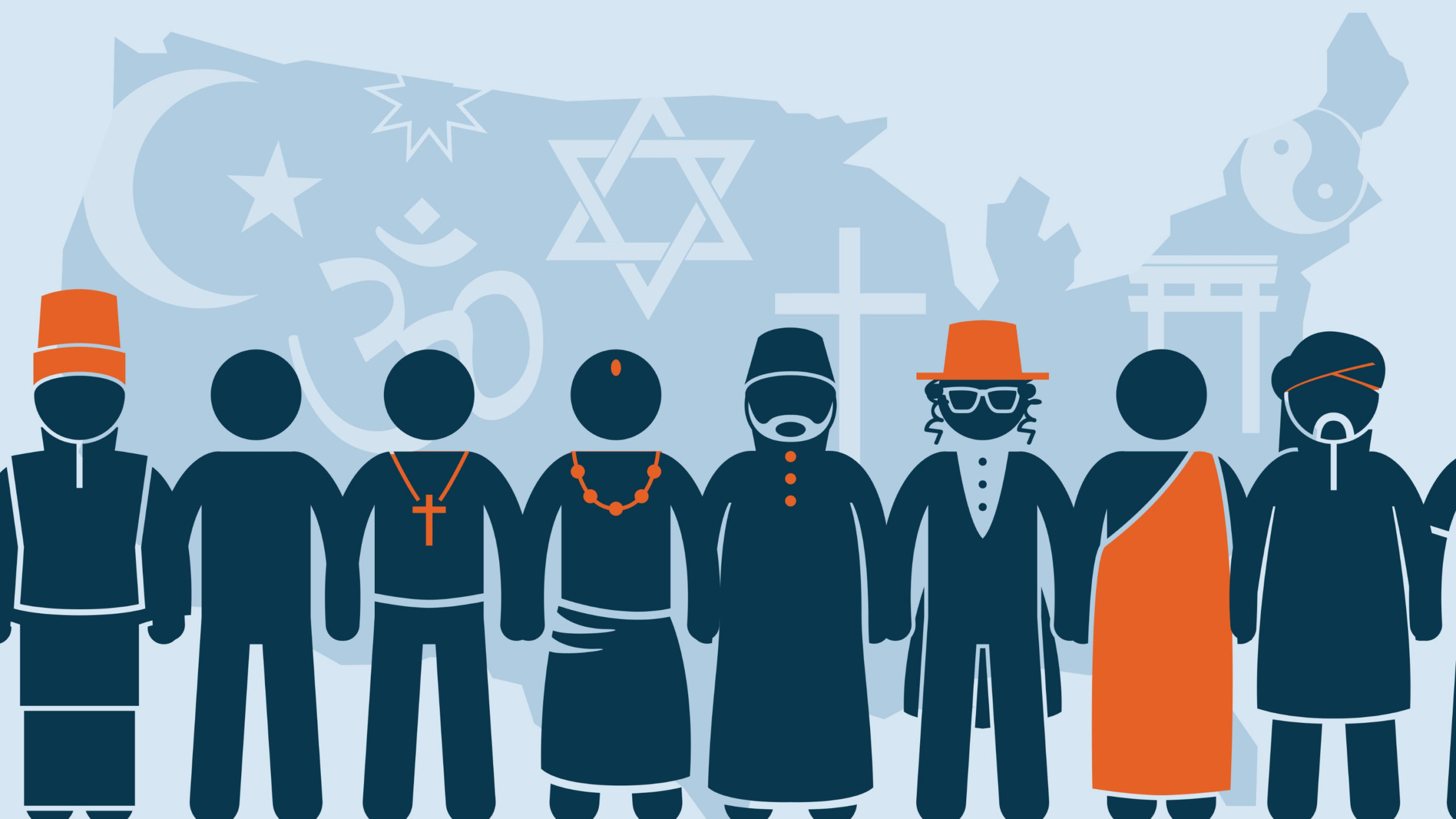 There are very practical concerns that follow from the glib idea that anyone is free to value anything-the most consequential being that it is precisely what allows highly educated, secular, and otherwise well intentioned people to pause thoughtfully1 and often interminably, before condemning practices like compulsory veiling, genital excision, bride burning, forced marriage, and the other cheerful products of alternative “morality” found elsewhere in the world.

Fanciers of Hume’s is/ought distinction never seem to realize what the stakes are, and they do not see how abject failures of compassion are enabled by this intellectual “tolerance” of moral difference.

While much of the debate on these issues must be had in academic terms, this is not merely an academic debate.

There are girls getting their faces burned off with acid at this moment for daring to learn to read, or for not consenting to marry men they have never met, or even for the “crime” of getting raped. The amazing thing is that some Western intellectuals won’t even blink when asked to defend these practices on philosophical grounds. I once spoke at an academic conference on themes similar to those discussed here. Near the end of my lecture, I made what I thought would be a quite incontestable assertion: We already have good reason to believe that certain cultures are less suited to maximizing well-being than others. I cited the ruthless misogyny and religious bamboozlement of the Taliban as an example of a worldview that seems less than perfectly conducive to human flourishing.

As it turns out, to denigrate the Taliban at a scientific meeting is to court controversy. At the conclusion of my talk, I fell into debate with another invited speaker, who seemed, at first glance, to be very well positioned to reason effectively about the implications of science for our understanding of morality. In fact, this person has since been appointed to the President’s Commission for the Study of Bioethical Issues and is now one of only thirteen people who will advise President Obama on “issues that may emerge from advances in biomedicine and related areas of science and technology” in order to ensure that “scientific research, health care delivery, and technological innovation are conducted in an ethically responsible manner.”[1]

Here is a snippet of our conversation, more or less verbatim:

She: What makes you think that science will ever be able to say that forcing women to wear burqas is wrong?

Me: Because I think that right and wrong are a matter of increasing or decreasing well-being-and it is obvious that forcing half the population to live in cloth bags, and beating or killing them if they refuse, is not a good strategy for maximizing human wellbeing.

She: But that’s only your opinion.

She: It would depend on why they were doing it.

Me [slowly returning my eyebrows from the back of my head}: Let’s say they were doing it on the basis of religious superstition. In their scripture, God says, “Every third must walk in darkness.”

She: Then you could never say that they were wrong.

Such opinions are not uncommon in the Ivory Tower. I was talking to a woman (it’s hard not to feel that her gender makes her views all the more disconcerting) who had just delivered an entirely lucid lecture on some of the moral implications of recent advances in neuroscience.

She was concerned that our intelligence services might one-day use neuroimaging technology for the purposes of lie detection, which she considered a likely violation of cognitive liberty. She was especially exercised over rumors that our government might have exposed captured terrorists to aerosols containing the hormone oxytocin in an effort to make them more cooperative[2]. Though she did not say it, I suspect that she would even have opposed subjecting these prisoners to the smell of freshly baked bread, which has been shown to have a similar effect[3].

While listening to her talk, as yet unaware of her liberal views on compulsory veiling and ritual enucleation, I thought her slightly overcautious, but a basically sane and eloquent authority on scientific ethics.

I confess that once we did speak, and I peered into the terrible gulf that separated us on these issues, I found that I could not utter another word to her. In fact, our conversation ended with my blindly enacting two neurological clichés: my jaw quite literally dropped open, and I spun on my heels before walking away.

While human beings have different moral codes, each competing view presumes its own universality. This seems to be true even of moral relativism. While few philosophers have ever answered to the name of “moral relativist,” it is by no means uncommon to find local eruptions of this view whenever scientists and other academics encounter moral diversity.

Forcing women and girls to wear burqas may be wrong in Boston or Palo Alto, so the argument will run, but we cannot say that it is wrong for Muslims in Kabul. To demand that the proud denizens of an ancient culture conform to our view of gender equality would be culturally imperialistic and philosophically naive. This is a surprisingly common view, especially among anthropologists [4].

Moral relativism, however, tends to be self-contradictory. Relativists may say that moral truths exist only relative to a specific cultural framework- but this claim about the status of moral truth purports to be true across all possible frameworks.

In practice, relativism almost always amounts to the claim that we should be tolerant of moral difference because no moral truth can supersede any other.

And yet this commitment to tolerance is not put forward as simply one relative preference among others deemed equally valid. Rather, tolerance is held to be more in line with the (universal) truth about morality than intolerance is. The contradiction here is unsurprising. Given how deeply disposed we are to make universal moral claims; I think one can reasonably doubt whether any consistent moral relativist has ever existed.

Moral relativism is clearly an attempt to pay intellectual reparations for the crimes of Western colonialism, ethnocentrism, and racism. This is, I think, the only charitable thing to be said about it. I hope it is clear that I am not defending the idiosyncrasies of the West as any more enlightened, in principle, than those of any other culture.

Rather, I am arguing that the most basic facts about human flourishing must transcend culture, just as most other facts do.

And if there are facts that are truly a matter of cultural construction-if, for instance, learning a specific language or tattooing your face fundamentally alters the possibilities of human experience-well, then these facts also arise from (neurophysiological) processes that transcend culture.

In his wonderful book The Blank Slate, Steven Pinker includes a quotation from the anthropologist Donald Symons that captures the problem of multiculturalism especially well:

If only one person in the world held down a terrified, struggling, screaming little girl, cut off her genitals with a septic blade, and sewed her back up, leaving only a tiny hole for urine and menstrual flow, the only question would be how severely that person should be punished, and whether the death penalty would be a sufficiently severe sanction. But when millions of people do this, instead of the enormity being magnified millions-fold, suddenly it becomes “culture,” and thereby magically becomes less, rather than more, horrible, and is even defended by some Western “moral thinkers,” including feminists. [5]

It is precisely such instances of learned confusion (one is tempted to say “learned psychopathy”) that lend credence to the claim that a universal morality requires the support of faith-based religion.

The categorical distinction between facts and values has opened a sinkhole beneath secular liberalism-leading to moral relativism and masochistic depths of political correctness.

Think of the champions of “tolerance” who reflexively blamed Salman Rushdie for his fatwa, or Ayaan Hirsi Ali for her ongoing security concerns, or the Danish cartoonists for their “controversy,” and you will understand what happens when educated liberals think there is no universal foundation for human values.

Among conservatives in the West, the same skepticism about the power of reason leads, more often than not, directly to the feet of Jesus Christ, Savior of the Universe. The purpose of this book is to help cut a third path through this wilderness.

2. Oxytocin is a neuroactive hormone that appears to govern social recognition in animals and the experience of trust (and its reciprocation) in humans (Zak, Kurzban, & Matzner, 2005; Zak, Stanton, &Ahmadi, 2007).

4. The Stanford Encyclopedia of Philosophy has this to say on the subject of moral relativism:

In 1947, on the occasion of the United Nations debate about universal human rights, the American Anthropological Association issued a statement declaring that moral values are relative to cultures and that there is no way of showing that the values of one culture are better than those of another. Anthropologists have never been unanimous in asserting this, and in recent years human rights advocacy on the part of some anthropologists has mitigated the relativist orientation of the discipline. Nonetheless, prominent contemporary anthropologists such as Clifford Geertz and Richard A. Shweder continue to defend relativist positions. http://plato.stanford.edu/entries/moral-relativism/

Please note that this was the best the social scientists in the United States could do with the crematoria of Auschwitz still smoking. My spoken and written collisions with Richard Shweder, Scott Atran, Mel Kanner, and other anthropologists have convinced me that awareness of moral diversity does not entail, and is a poor surrogate for, clear thinking about human well-being.

Religion and Culture
The quintessential carvings of Konarak: where Architecture speaks the Language of Astronomy
The Fifth Veda 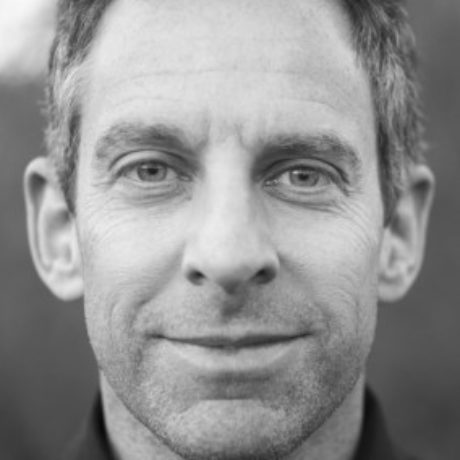 Samuel Benjamin Harris (born April 9, 1967) is an American author, philosopher, neuroscientist, and podcast host. His work touches on a wide range of topics, including rationality, religion, ethics, free will, neuroscience, meditation, psychedelics, philosophy of mind, politics, terrorism, and artificial intelligence. Harris came to prominence for his criticism of religion, and Islam in particular, and is described as one of the "Four Horsemen of the Non-Apocalypse", along with Richard Dawkins, Christopher Hitchens, and Daniel Dennett.