Is the West Living in Denial? A Warning to the West -3

Did Britain and the allies turn a blind eye to the horrific state of human rights in communist Soviet Union? Read this excerpt from one of Alexander Solzhenitsyn’s essays to find out. 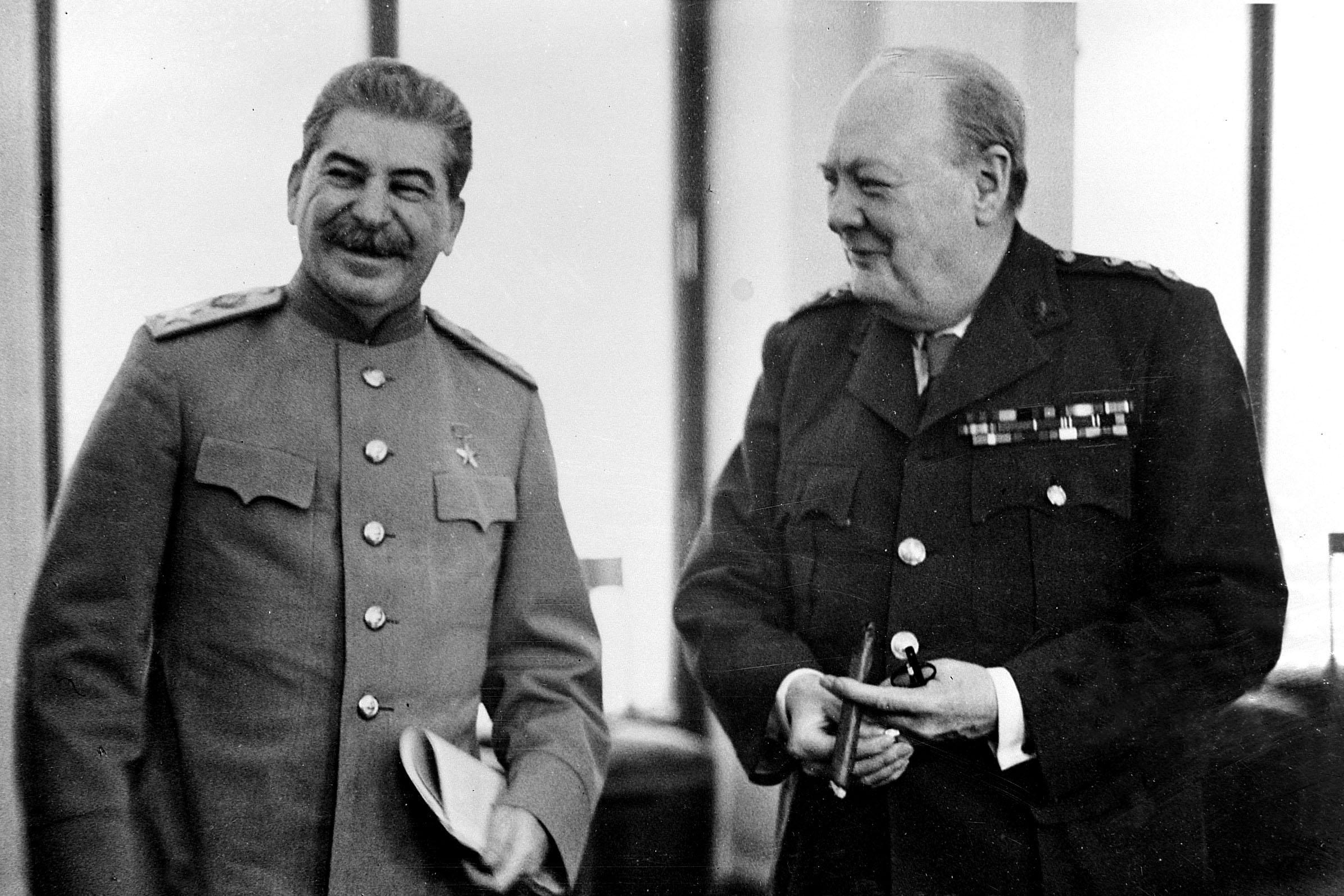 In 1914, at the beginning of our ill-fated twentieth century, a storm broke over this civilization, a storm the size and range of which no one at that time could grasp. For four years Europe destroyed herself as never before, and in 1917 a crevasse opened up on the very edge of Europe, a yawning gap enticing the world into an abyss.

The causes for this crevasse are not hard to find: it was the logical result of doctrines that had been bandied about in Europe for ages and had enjoyed considerable success. But this crevasse has something cosmic about it, too, in its unplumbed, unsuspected depths, in its unimaginable capacity for growing wider and wider and swallowing up more and more people.

Forty years earlier Dostoevsky had predicted that socialism would cost Russia 100 million victims. At the time it seemed an improbable figure. Let me ask the British press to acquaint its readers with the impartial three-page report of the Russian statistician Professor Ivan Kurganov’s. It was published in the West twelve years ago, but, as is so often the case with matters of social significance, we only notice things that are not contradictory to our own feelings. From Professor Kurganov’s analysis, we learn that if Dostoevsky erred, he erred on the side of understatement. From 1917 to 1959 socialism cost the Soviet Union 110 million lives!

When there is a geological upheaval, continents do not topple into the sea immediately. The first thing that happens is that the fatal initial crevasse must appear someplace. For a variety of reasons it so happened that this crevasse first opened up in Russia, but it might just as well have been anywhere else. And Russia, which people considered a backward country, had to leap forward a whole century to overtake all the other countries in the world. We endured inhuman experiences which the Western world—and this includes Britain—has no real conception of and is frightened even to think about.

It is with a strange feeling that those of us who come from the Soviet Union look upon the West of today. It is as though we were neither neighbors on the same planet nor contemporaries. And yet we contemplate the West from what will be your future, or we look back seventy years to see our past suddenly repeating itself today. And what we see is always the same as it was then: adults deferring to the opinion of their children; the younger generation carried away by shallow, worthless ideas; professors scared of being unfashionable; journalists refusing to take responsibility for the words they squander so easily; universal sympathy for revolutionary extremists; people with serious objections unable or unwilling to voice them; the majority passively obsessed by a feeling of doom; feeble governments; societies whose defensive reactions have become paralyzed; spiritual confusion leading to political upheaval. What will happen as a result of all this lies ahead of us. But the time is near, and from bitter memory we can easily predict what these events will be.

In the years which followed the worldwide upheaval of 1917, that pragmatic philosophy on which present-day Europe was nourished, with its refusal to take moral decisions, reached its logical conclusion: since there are no higher spiritual forces above us and since I—Man with a capital M— am the crowning glory of the universe, then if anyone must perish today, let it be someone else, anybody, but not I, not my precious self, or those who are close to me.

The apocalyptic storm was already raging over the land that used to be Russia when Western Europe speedily extricated itself from that terrible war in its haste to forget and to bring back prosperity, fashions, and the latest dances. Lloyd George actually said: “Forget about Russia. It is our job to ensure the welfare of our own society.”

In 1914, when the Western democracies needed help, they were not averse to appealing to Russia. But in 1919 those Russian generals who, for three years, had fought to save the Marne, the Somme, and Verdun, straining Russian resources to the very limit, were refused military aid or even an alliance by their Western friends. Many a Russian soldier lay buried in French soil; others, who had gone to Constantinople, were charged for their rations or had their underwear confiscated in lieu of payment. They were then cajoled into returning to Russia, only to be dealt with by the Bolsheviks, or into embarking for Brazil, only to become semi-slaves on coffee plantations. Unseemly deeds are usually accompanied by high sounding, even brilliant, justifications. In 1919 no one said openly: “What do your sufferings have to do with us?” Instead, people said: “We have no right to support even the authority of an ally against the wishes of the people.”

(Note, however, that in 1945, when millions of Soviet citizens had to be handed over for dispatch to the Gulag Archipelago, this argument was conveniently twisted. “We have no right to carry out the wishes of these millions,” it was said, “and to ignore our obligations toward the authorities of an allied country.” How easily one’s egoism can be satisfied by a handy formula!)

But there were even nobler justifications than these: what was happening in Russia was nothing more than a continuation of all that had happened in eighteenth- and nineteenth-century Europe, a repetition of the general transition from liberalism to socialism. This tendency of ideas to continue on their natural course made people admire them. And so all the aggressive elements, all the influential elements in society—and this was especially the case in Britain—admired what they called the “unprecedented progressive experiment taking place in the U.S.S.R.,” while we were being strangled by the cancerous tentacles of the Gulag Archipelago, while millions of hardworking peasants were being sent to die in Siberia in mid-winter. Not very far from where you live, in the Ukraine and in the Kuban, some 6 million peasants, including children, old men and women, died of famine, swollen with hunger and writhing in agony—and this was in peacetime.

Not a single Western newspaper printed photographs or reports of the famine; indeed, your great wit George Bernard Shaw even denied its existence. “Famine in Russia?” he said. “I’ve never dined so well or so sumptuously as when I crossed the Soviet border.” For whole decades your rulers, your members of Parliament, your spokesmen, your journalists, your writers, your leading thinkers managed to ignore the 15-million-strong Gulag Archipelago! Up to thirty books on the Gulag were published in Europe before mine and hardly one of them was even noticed.

There is a borderline beyond which the natural cause of “progressive principles,” of “the dawn of a new era,” becomes nothing more than calculated, conscious hypocrisy; for this makes life more comfortable to live.

There was, however, one great exception over the last hundred years or so, and that was your struggle with Adolf Hitler, when Britain cast overboard the philosophy of pragmatism or utilitarianism, the philosophy of recognizing any group of gangsters, any puppets, as head of a country so long as they control its territory. Britain assumed a moral stance against Hitler, and it was this that inspired her to one of the most heroic acts of resistance in her history.

Idealism vs. Dialectical Materialism – A Cold War – 2
Is the West Living in Denial? A Warning to the West -2
The Liberal Iconoclasm