Is Sarasvati only a river? How is it described in the vedic literature? Read this excerpt from Michel Danino’s work to know more. 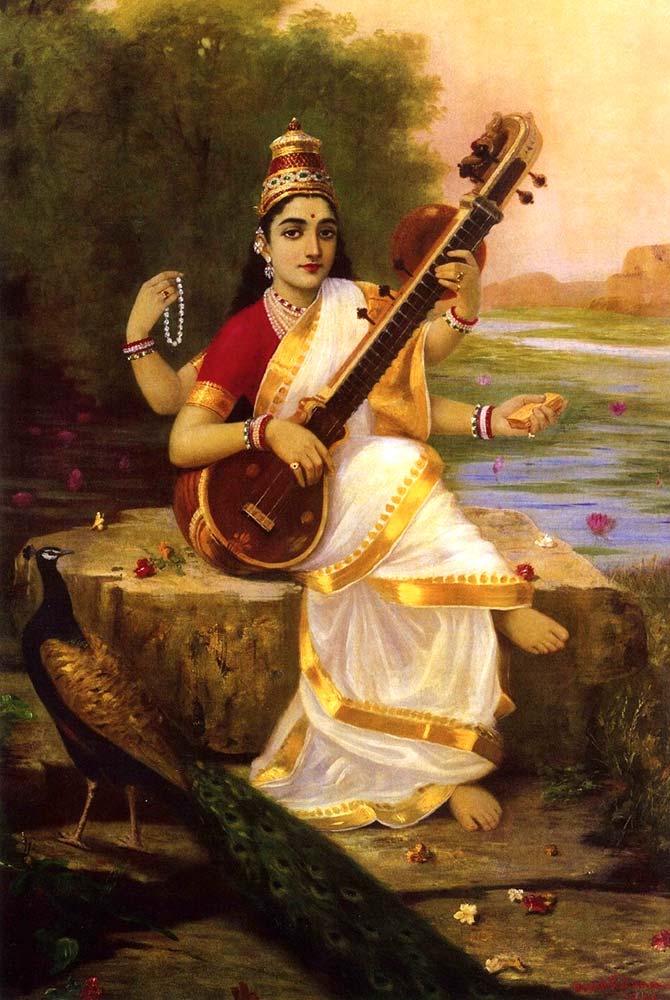 In forty-five of its hymns, the Rig Veda showers praise on the Sarasvatī; her name appears seventy-two times, and three hymns are wholly dedicated to her. She is often invoked in the company of two sister-goddesses, Ilā and Bhāratī. Sarasvatī’s waters are lauded as a ‘great flood’, [1] she is ‘great among the great, the most impetuous of rivers’, and was ‘created vast’. [2] ‘Limitless, unbroken, swift-moving’, she ‘surpasses in majesty and might all other waters’ [3] and ‘comes onward with tempestuous roar’.[4] Sarasvatī, indeed, is the ‘mother of waters’ or of rivers (sindhumātā) [5]. At least one of the Vedic clans, the Purus, is said to dwell ‘on her two grassy banks’. [6]

Many Sanskritists take the word sarasvatī to mean a ‘chain of pools’ or ‘full of lakes’ (saras), and draw various conclusions regarding the river’s initial condition; but the word saras originally means ‘water’ or ‘flow’ (from the root sr, ‘to flow’), and the river’s name may equally be rendered as ‘she of the stream, the flowing movement’, [7] to quote Sri Aurobindo’s translation. Both renderings are legitimate, so it would be hazardous to attempt a physical description of the Sarasvatī on “the basis of its name alone. (Both renderings may even be correct: a flowing river, especially if its plain is fairly flat, may form oxbow lakes when it abandons a meander.)

From being an impetuous river, Sarasvatī acquires a powerful image in Vedic symbolism, embodying the flood of illumination or inspiration. She is the ‘impeller of happy truths’ who ‘awakens in the consciousness the great flood and illumines all the thoughts’. [8] Sarasvatī is ‘the best of mothers, best of rivers, best of goddesses’, [9] and we see here the origin of the traditional deification of rivers, from Gangā to Kāverī. A few centuries later—in the Yajur Veda, to be precise—Sarasvatī, additionally, becomes the goddess of speech, the Word (vāch or vāk).

Some scholars have wondered why this particular river—not the Indus or the Ravi—came to embody inspiration and speech. A few found a simple explanation in the geographical location of the Vedic poets on its banks, with the river gurgling past their ashrams: its sounds, poetically described in the Rig Veda, were soon taken to a metaphorical level. Others observed that right from the beginning the river was praised as an ‘inspirer of hymns’, [10] which makes the connection with speech natural.

Developing this line, Catherine Ludvik, a Canadian Indologist who recently authored a fine study of Sarasvatī as a ‘riverine goddess of knowledge’, [11] highlights the goddess’s constant association with dhī or inspired thought. Speech and inspiration being the vehicles of knowledge and learning, the river’s transformation is complete—although not quite: somewhere along the way, Sarasvatī became the ‘mother of the Vedas’ and Brahmā’s consort (sometimes daughter), added the arts to her field, and entered the pantheons of Buddhism and Jainism: to Jains, Sarasvatī is the chief of “the sixteen Vidyādevīs or goddesses of knowledge, and a special festival, Jñāna Pañchamī, is dedicated to her. The river-goddess then burst her Indian banks to flow to Southeast Asia and as far as China and Japan (she bears the names of ‘Thuyathadi’ in Myanmar, and ‘Benten’ or ‘Benzaiten’ in Japan).

Hindu Roots of Sikhism-3
Has Hinduism changed or remained the same?
Why International Religious Freedom Act is Deceitful and Hypocritical 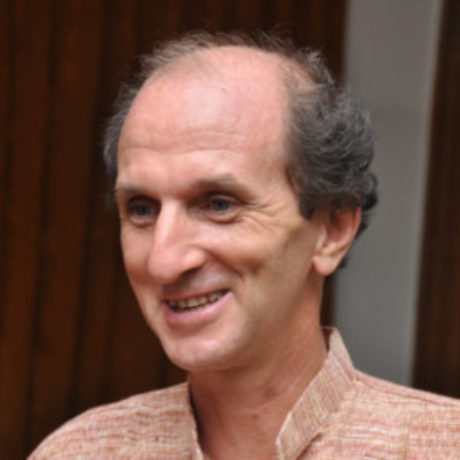 Michel Danino (born 4 June 1956) is an Indian author of French origin. He is a guest professor at IIT Gandhinagar and has been a member of the Indian Council of Historical Research. In 2017, Government of India conferred Padma Shri, the fourth highest civilian honor for his contribution towards Literature & Education.