How did Sikhism come to be seen as a separate religion? Was it due to the political interests of the British rulers in India? Read on to know. 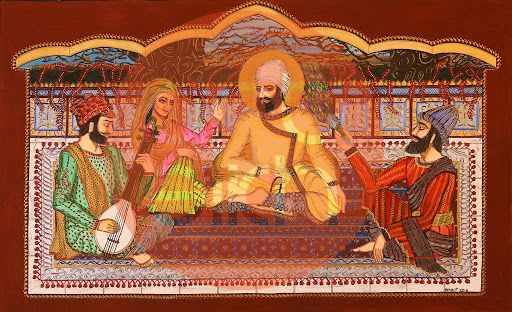 To early European writers, it did not occur to regard Sikhism as different from Hinduism, an observation which agreed with the Sikhs’ own self-perception. The fashion to regard them as distinct belonged to the future of a more defined imperialist purpose. Earliest European writers like Col. Polier, a Swiss, in his The Siques (1980), Brown in his History of the Origin and Progress of the Sikhs, written during his stay at the Moghul Court in Delhi from 1782 to 1785, and also Forster and John Malcolm of early 19th century, all identified Sikhism as one of the sects of Hinduism. So did H.H. Wilson in his Sketch of the Religious Sects of the Hindus, first published in 1813 in London.

Steinbach, a European ex-army officer, who worked at the Lahore Durbar for nine years, described the Golden Temple at Amritsar as a Temple of Visnu, one of the Sikh deities”. The Encyclopedia Britannica (ninth edition, 1857) does that same. Quoting Thornton’s Gazette (1862 edition), it says that “in the middle on the small island, is a temple of Hari or Vishnu”, and adds that Ahmed Shah “blew up the shrine with gunpowder, filled up the holy tank, and caused kine to be slaughtered, thus desecrating the spot.” Gopal Singh, in his A History of the Sikh People tells us with considerable pride how the tank was subsequently cleaned with the labor of Afghan prisoners of war and how “with Afghans in chains, the temple was rebuilt with their forced labor”.

J.D. Cunningham, in his History of the Sikhs (1849), tells us how Guru Govind Singh “became an irreconcilable foe of the Muhammadan name and conceived the noble idea of moulding the vanquished Hindus into a new and aspiring people.” Lord Hardinge (1844-48), in his official papers always referred to Ranjit Singh’s Kingdom as the “last Hindu kingdom in India”. Sir John Lawrence (1865), the British Viceroy, described the Sikhs as “fanatical Hindus”. To the British Government when it occupied the Punjab, “Sikhism was little more than a political association, formed exclusively from among Hindus, which men would join or quit according to the circumstances of the day.”

But after 1857, Sikhism began to be approached with a fresh eye and began to be detached from Hinduism. It was first presented as a “reform movement”, then as a “revolt against Hinduism’s polytheism, idolatry and caste system, and finally as a full-fledged new religion struggling valiantly against the onslaughts and designs of Hinduism and needing British State support in its unequal struggle for survival. Sir Lepel Henry Griffin, a High British official (described by Swami Vivekananda as “one of the bitterest enemies of our race”), said that Hinduism had always been hostile to Sikhism.

D. Petrie, Assistant Director, Criminal Intelligence, repeated this thesis in his Secret memorandum of 1911. Hinduism was also described, at least by three British scholar administrators, as the “boa constrictor of Indian forests”, which causes its victim “to disappear in its capacious interior. Thus a fashion grew of treating Hinduism not as the womb and cradle of many religious sects and philosophies but as their graveyard. Hinduism was not a mother, protector and a nourisher but a devourer, a vampire according to this new way of canvassing; Hinduism once disposed of Buddhism; it is now ready to dispose of Sikhism.

Sikhism also began to be traced to Islam, either to ‘Sufic’ pantheism or even directly to Quranic monotheism and iconoclasm or to both. The Dictionary of Islam (1885) edited by Thomas Patrick Hughes, who had worked as a missionary in Peshawar for 20 years, introduces Sikhism as a sect of Islam in an article which is the third biggest in the volume. It devotes more than 11 pages to its newly-sponsored candidate while it gives only one-fourth page to the old Sunni sect! It is indeed a strange sect of Islam which claims for itself a founder other than Muhammad and a scripture other than the Quran, and which does not mention the name of the Prophet even once in its scripture quite considerable in length.

However, the very first scholar, Dr. Earnest Trumpp, a German of wide European repute, who was employed by the British to study Sikhism in depth brought no consolidation to these interpretations. In Sikhism, both in its birth and subsequent career, Trumpp found no newness, no revolt against its parent religion, no Semitic influence. He said that Guru Nanak, the founder figure of Sikhism, had “no idea of starting a new religious sect”, that he followed in all essential points the common Hindu philosophy of those days”, more particularly” the system laid down in the Bhagvad-Gita, which was very popular among the Bhagats”.

Regarding Sikh “monotheism”, in which European writers had begun to see Islamic influences, he said that it had “been asserted long before Nanak by most of the Hindu philosophic systems and popularized by Bhagats”. He said that nearly all the Bhagats, including the Sikh Gurus, belonged to the Vaishnava sect, and according to this sect; the Supreme Being was “called by different names such as: Brahm, the Supreme Brahm, Paramesur, and especially Hari, Ram, Govind”. No wonder, the Adi Granth abounds in these names.

About Nanak’s alleged rejection of Hindu gods, Trumpp said that “we should be wrong in assuming that Nanak forbade the worship of other gods […] Far from doing so, he took over the whole Hindu Pantheon, with all its mythological background with the only difference that the whole was subordinated to the Supreme Brahm.” This, however, was no different from the established Puranic practice.

He also rejected the view which was being currently canvassed that Nanak was a “synthesizer” who “endeavored” to unite the Hindu and Muhammadan idea about God”. According to him, “Nanak remained a thorough Hindu, according to all his views, and if he had communion ship with Musalmans and many of these even became his disciple, it was owing to the fact that Sufism, which all these Muhammadans were professing, was in reality nothing but a pantheism, derived directly from Hindu sources, and only outwardly adapted to the forms if Islam.” Thus it was not Sikhism that derived from Sufism, but Sufic pantheism itself derived from Hindu sources.

Indra - The Supreme Deity of Rig Veda
Is it Wrong to Say that Only My Religion is Right?
Aesthetics of Indian Art