Holobionts: A Theory that Shatters the Myth of ‘Biological Individual’

We often tend to study nature from our perspective but what if we reverse the gaze. We then discover that we cannot define ourselves as biological individuals. What then are we? Read on to find out. 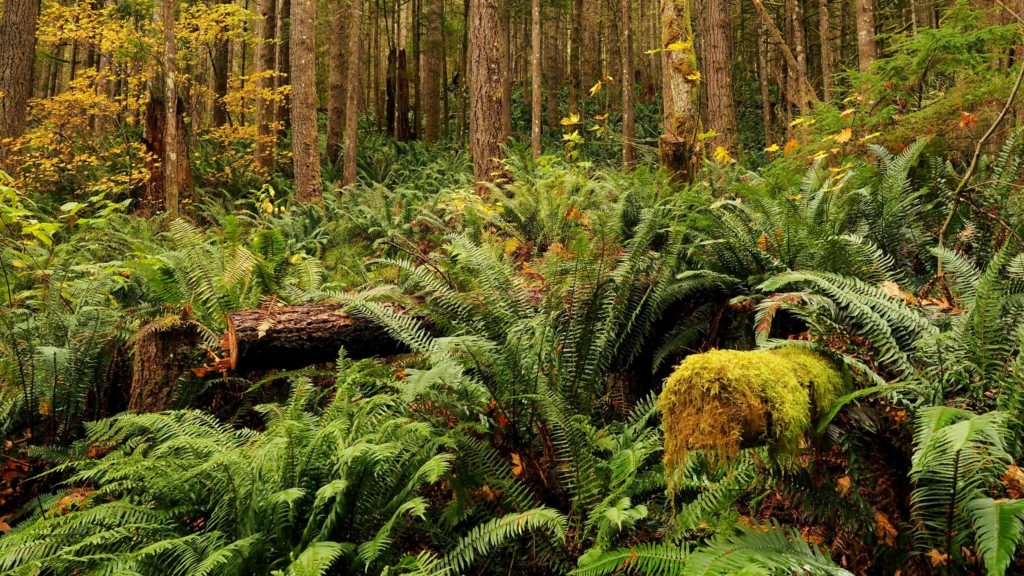 LICHENS ARE PLACES where an organism unravels into an ecosystem and where an ecosystem congeals into an organism. They flicker between “wholes” and “collections of parts.” Shuttling between the two perspectives is a confusing experience. The word individual comes from the Latin meaning “undividable.” Is the whole lichen the individual? Or are its constituent members, the parts, the individuals? Is this even the right question to ask? Lichens are a product less of their parts than of the exchanges between those parts. Lichens are stabilized networks of relationships; they never stop lichenizing; they are verbs as well as nouns.

One of the people worrying these categories is a lichenologist from Montana called Toby Spribille. In 2016, Spribille and his colleagues published a paper in the journal Science that pulled the rug from underneath the dual hypothesis. Spribille described a new fungal participant in one of the major evolutionary lineages of lichens, a partner that had gone entirely undetected despite one and a half centuries of painstaking scrutiny.

Spribille’s discovery was an accident. A friend challenged him to grind up a lichen and sequence the DNA of all its participant organisms. He expected the results to be straightforward. “The textbooks were clear,” he told me. “There could only be two partners.” However, the more Spribille looked, the less this appeared to be the case. Each time he analyzed a lichen of this type, he found additional organisms besides the expected fungus and alga. “I dealt with these ‘contaminant’ organisms for a long time,” he recalled, “until I convinced myself that there was no such thing as lichens without ‘contamination,’ and we found that the ‘contaminants’ were remarkably consistent. The more we dug in, the more they seemed to be the rule not the exception.”

Researchers have long hypothesized that lichens might involve additional symbiotic partners. After all, lichens don’t contain microbiomes. They are microbiomes, packed with fungi and bacteria besides the two established players. Nonetheless, until 2016, no new stable partnerships had been described. One of the “contaminants” Spribille discovered—a single-celled yeast—turned out to be more than a temporary resident. It is found in lichens across six continents and can make such a substantial contribution to lichens’ physiology as to give them the appearance of an entirely different species.

This yeast was a crucial third partner in the symbiosis. Spribille’s bombshell finding was only the beginning. Two years later, he and his team found that wolf lichens—some of the best-studied species—contain yet another fungal species, a fourth fungal partner. Lichens’ identity splintered into even smaller shards. Yet this is still an oversimplification, Spribille told me. “The situation is infinitely more complex than anything we’ve published. The ‘basic set’ of partners is different for every lichen group. Some have more bacteria, some fewer; some have one yeast species, some have two, or none. Interestingly, we have yet to find any lichen that matches the traditional definition of one fungus and one alga.”

What do the new fungal partners actually do in the lichen, I asked?

“We’re not yet sure,” Spribille replied. “Every time we go in and try to find out who’s doing what, we get confounded. Instead of finding out the roles of the players, we bump into yet more players. The deeper we dig, the more we find.”

Spribille’s findings are troubling for some researchers because they suggest that the lichen symbiosis is not as “locked in” as it has been thought to be. “Some people think about symbiosis as being like a package from IKEA,” Spribille explained, “with clearly identified parts, and functions, and order in which it’s assembled.” His findings suggest instead that a broad range of different players might be able to form a lichen, and that they just need to “tickle each other in the right way.” It’s less about the identity of the “singers” in the lichen, and more about what they do—the metabolic “song” that each of them sings. In this view, lichens are dynamic systems rather than a catalogue of interacting components.

It’s a very different picture from the dual hypothesis. Since Schwendener’s portrayal of the fungus and alga as master and slave, biologists have argued about which of the two partners is in control of the other. But now a duet has become a trio, the trio has become quartet, and the quartet sounds more like a choir. Spribille seems unperturbed by the fact that it isn’t possible to provide a single, stable definition of what a lichen actually is. It is a point Goward often returns to, relishing the absurdity: “There is an entire discipline that can’t define what it is that they study?” “It doesn’t matter what you call it,” writes Hillman on lichens. “Anything so radical & ordinary stands for something.” For more than a hundred years, lichens have stood for many things and will probably continue to challenge our understanding of what living organisms are.

Meanwhile, Spribille is pursuing a number of promising new leads. “Lichens are completely jam-packed full of bacteria,” he told me. In fact, lichens contain so many bacteria that some researchers hypothesize—in another twist on the panspermia theme—that they act as microbial reservoirs that seed barren habitats with crucial bacterial strains. Within lichens, some bacteria provide defense; others make vitamins and hormones. Spribille suspects that they might be doing more. “I think a few of these bacteria might be necessary to tie the lichen system together and get it to form something other than a blob on a dish.”

Spribille told me about a paper called “Queer theory for lichens.” (“It comes up as the first thing in Google when you enter ‘queer’ and ‘lichen.’”) Its author argues that lichens are queer beings that present ways for humans to think beyond a rigid binary framework: The identity of lichens is a question rather than an answer known in advance. In turn, Spribille has found queer theory a helpful framework to apply to lichens. “The human binary view has made it difficult to ask questions that aren’t binary,” he explained. “Our strictures about sexuality make it difficult to ask questions about sexuality, and so on. We ask questions from the perspective of our cultural context. And this makes it extremely difficult to ask questions about complex symbioses like lichens because we think of ourselves as autonomous individuals and so find it hard to relate.”

Spribille describes lichens as the most “extroverted” of all symbioses. Yet it is no longer possible to conceive of any organism—humans included —as distinct from the microbial communities they share a body with. The biological identity of most organisms can’t be pried apart from the life of their microbial symbionts. The word ecology has its roots in the Greek word oikos, meaning “house,” “household,” or “dwelling place.” Our bodies, like those of all other organisms, are dwelling places. Life is nested biomes all the way down.

We can’t be defined on anatomical grounds because our bodies are shared with microbes and consist of more microbial cells than our “own”— cows can’t eat grass, for example, but their microbial populations can, and cows’ bodies have evolved to house the microbes that sustain them.

Neither can we be defined developmentally, as the organism that proceeds from the fertilization of an animal egg, because we depend, like all mammals, on our symbiotic partners to direct parts of our developmental programs.

Nor is it possible to define us genetically, as bodies made up of cells that share an identical genome—many of our symbiotic microbial partners are inherited from our mothers alongside our “own” DNA, and at points in our evolutionary history, microbial associates have permanently insinuated themselves into the cells of their hosts: Our mitochondria have their own genome as do plants’ chloroplasts, and at least eight percent of the human genome originated in viruses (we can even swap cells with other humans when we grow into “chimeras,” formed when mothers and fetuses exchange cells or genetic material in utero). Nor can our immune systems be taken as a measure of individuality, although our immune cells are often thought of as answering this question for us by distinguishing “self” from “non-self.”

Immune systems are as concerned with managing our relationships with our resident microbes as fighting off external attackers and appear to have evolved to enable colonization by microbes rather than prevent it. Where does this leave you? Or perhaps y’all?

Some researchers use the term “holobiont” to refer to an assemblage of different organisms that behaves as a unit. The word holobiont derives from the Greek word holos, which means “whole.” Holobionts are the lichens of this world, more than the sums of their parts. Like symbiosis and ecology, holobiont is a word that does useful work. If we only have words that describe neatly bounded autonomous individuals, it is easy to think that they actually exist.

The holobiont is not a utopian concept. Collaboration is always a blend of competition and cooperation. There are many instances where the interests of all the symbionts don’t align. A bacterial species in our gut can make up a key part of our digestive system but cause a deadly infection if it gets into our blood. We’re used to this idea. A family can function as a family, a touring jazz group can give a captivating performance, and both still be fraught with tension.

Perhaps it isn’t so hard for us to relate to lichens after all. This sort of relationship-building enacts one of the oldest evolutionary maxims. If the word cyborg—short for “cybernetic organism”—describes the fusion between a living organism and a piece of technology, then we, like all other life-forms are symborgs, or symbiotic organisms. The authors of a seminal paper on the symbiotic view of life take a clear stance on this point. “There have never been individuals,” they declare. “We are all lichens.” 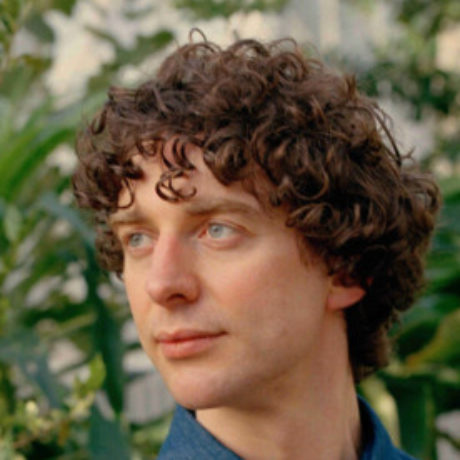 Merlin Sheldrake is a biologist and a writer with a background in plant sciences, microbiology, ecology, and the history and philosophy of science. He received a Ph.D. in tropical ecology from Cambridge University for his work on underground fungal networks in tropical forests in Panama, where he was a predoctoral research fellow of the Smithsonian Tropical Research Institute.