Communist Ideology destroys Social Order. A Warning to the West – 1

We often tend to believe that communists detest any form of violence because we see them raising their voices for “peace”. But is it really so? Red on to find out. 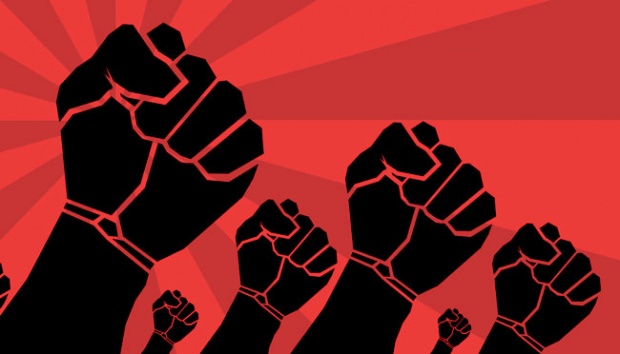 The question of war is also well elucidated in Communist and Marxist literature. Let me show you how Communism regards the question of war. I quote Lenin: “We cannot support the slogan ‘Peace’ since it is a totally muddled one and a hindrance to the revolutionary struggle.” (Letter to Alexandra Kollontai, July 1915.) “To reject war in principle is un-Marxist. Who objectively stands to gain from the slogan ‘Peace’? In any case, not the revolutionary proletariat.” (Letter to Alexander Shliapnikov, November 1914.) “There is no point in proposing a benign program of pious wishes for peace without at the same time placing at the forefront the call for illegal organization and the summons to civil war.” This is Communism’s view of war. War is necessary. War is an instrument for achieving a goal.

But unfortunately for Communism, this policy ran up against the American atomic bomb in 1945. Then the Communists changed their tactics and suddenly became advocates of peace at any cost. They started to convoke peace congresses, to circulate petitions for peace; and the Western world fell for this deceit. But the goal, the ideology, remained the same: to destroy your system, to destroy the way of life known in the West.

But they could not risk this in the face of your nuclear superiority. So they substituted one concept for another: what is not war, they said, is peace. That is, they opposed war to peace. But this is a mistake, only a part of the antithesis is opposed to the thesis. When an open war is impossible, oppression can continue quietly behind the scenes. Terrorism. Guerrilla warfare, violence, prisons, concentration camps. I ask you: Is this peace?

The true antipode of peace is violence. And those who want peace in the world should remove not only war from the world but also violence. If there is no open war but there is still violence, that is not peace.

As long as in the Soviet Union, in China, and in other Communist countries there is no limit to the use of violence—and now we find India joining in (it appears that Indira Gandhi has learned much from her trip to Moscow; she has mastered these methods very well and is now adding another 400 million people to this continent of tyranny)—as long as there is no limit to this use of violence, as long as nothing restrains it over this tremendous land mass (more than half of humanity), how can you consider yourselves secure?

America and Europe together are not yet an island in the ocean—I won’t go so far as to say that. But America together with Europe is now a minority, and the process is still continuing. Until the public in those Communist countries can keep a check on the government and can have an opinion on what the government does—now it doesn’t have the slightest idea what the government is up to—until that time comes, the West, and the world in general, has no guarantee at all.

We have another proverb in Russia: “Catch on you will when you’re tumbling downhill.” I understand that you love freedom, but in our crowded world you have to pay a tax for freedom. You cannot love freedom for yourselves alone and quietly agree to a situation where the majority of humanity, spread over the greater part of the globe, is subjected to violence and oppression.

The Communist ideology is to destroy your social order. This has been their aim for 125 years and it has never changed; only the methods have changed a little. When there is détente, peaceful co-existence, and trade, they will still insist: the ideological war must continue! And what is ideological war? It is a concentration of hatred, a continued repetition of the oath to destroy the Western world. Just as in the Roman senate a famous speaker ended every speech with the statement: “Furthermore, Carthage must be destroyed,” so today, with every act—détente, trade, or whatever— the Communist press, as well as thousands of speakers at closed lectures, all repeat: “Furthermore, capitalism must be destroyed.”

It is easy to understand, it’s only human that people living in prosperity doubt the necessity of taking steps—here and now in our state of prosperity —to defend themselves. For even in prosperity one must be on guard.

And the people who sign these treaties with you now—these very men and no others—simultaneously give orders for persons to be confined in mental hospitals and prisons. Why should they be different toward you? Surely not out of love for you? Why should they act honorably and nobly toward you when they crush their own people? The advocates of détente have yet to explain this.

You want to believe and so you cut down on your armies and your research. There used to be an Institute for the Study of the Soviet Union—at least there was one such institute. You know so little about the Soviet Union. It seems dark over there. These searchlights don’t penetrate that far. Knowing nothing, you eliminated the last genuine institute which could actually study this Soviet society, because there wasn’t enough money to support it. But the Soviet Union is studying you. You are all wide open here, through the press and Congress. And they study you all the more, increasing the size of their staffs in the United States. They follow what’s going on in your institutions. They attend meetings and conferences; they even visit congressional committees. They study everything.

Of course, peace treaties are very attractive to those who sign them. They strengthen one’s prestige with the electorate. But the time will come when the names of these public figures will be erased from history. Nobody will remember them any longer. But the Western peoples will have to pay heavily for these over-trusting agreements.

Is it only a question of showing that détente is needed today, here and now? By no means. There are theoreticians who look very far into the future. The director of the Russian Institute of Columbia University, Marshall Shulman, at a meeting of the Senate Foreign Relations Committee, depicted a radiant future, stating that détente would ultimately lead to cooperation between the United States and the U.S.S.R. in the establishment of a world order. But what sort of new order, in cooperation with insatiable totalitarianism, does this professor want to see established? It won’t be your kind in any case.