Has Hinduism changed or remained the same?

Since Hindus have historically worshipped different deities over a vast span of time and space, one wonders whether Hinduism has changed over time or not. 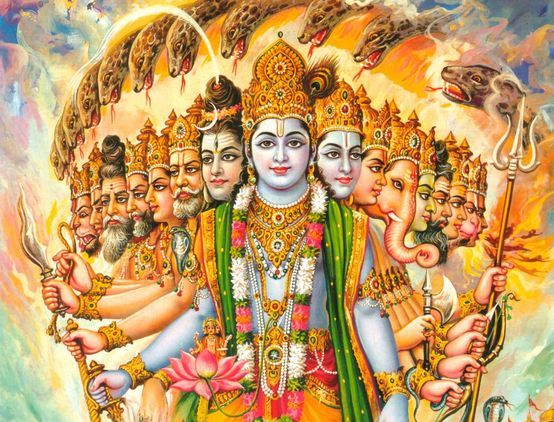 Hinduism is a stupendously complex phenomenon. It could be said that there are more religions within Hinduism than outside of it. Hinduism has never discarded or excluded anything, giving each teach­ing its particular niche within an ever-expanding framework of ideas, be­liefs, and practices. In this way, Hinduism has been able to assimilate alien ideas and practices without for­going its own fundamental teachings. The more it has changed, the more it has remained the same.

One way in which change has oc­curred within India’s religious culture is in the gradual eclipse of particular deities and the emergence into promi­nence of other Gods and Goddesses. Thus the great Vedic deities Indra, Agni, Soma, and Surya were super­seded by the great Hindu deities Shiva, Vishnu, Devi, and the el­ephantine Ganesha. It has been suggested that this change was the result of a resurgence of pre-Vedic non-Aryan traditions. But this is not borne out by the archaeological record. Otherwise one would expect these later deities to somehow be associated with the Sarasvati region and its mythology, which is not the case. Rather, Gods like Shiva and Vishnu could be said to reflect the heritage of the Ganges-Yamuna era of Puranic times, while the classic Vedic deities reflect the Indus-Sarasvati phase.

For example, God Shiva, who is often regarded as the main pre-Vedic or indigenous Indic deity, is in Hindu mythology the deity as­ sociated with the Ganges River, which descends on his head. Shiva’s sacred city is Benares (Kashi), which lies on the banks of the Ganges, not the Indus or Sarasvati. By contrast, the principal Vedic God Indra, who in many respects resembles Shiva, distinctly relates to the Sarasvati River. The connection of the later deities of Hinduism with the Ganges River shows their later origin, at the time when the Vedic culture shifted its center to the east after the Sarasvati went dry.

The rise to prominence of such deities as Shiva and Vishnu has traditionally been understood as a development within the Vedic tra­dition itself, and not as the assimilation of non-Aryan deities. Given the long history of India’s civilization, these changes can be expected. No outside influence need be invoked to account for the appearance of these popular Hindu deities and the religious practices associated with them. They are crystallizations of theological-mystical imagery present already in the Rig-Veda (which incidentally has five hymns dedicated to Vishnu).

This does not mean, of course, that there was no outside influ­ence at all upon the Vedic tradition, but whatever foreign elements were absorbed by the culture of early India, they did not change the core features of the Vedic heritage. This recognition brings immedi­ate order and simplicity to the mass of historical facts. We no longer have to postulate a mysterious pre-Vedic tradition that was some­ how lost or obscured, only to resurface here and there in subsequent times. In addition, we do not need to interpret the Vedic tradition as being substantially at variance from later Hinduism, the two being separated by a strange and inexplicable rupture. Rather, we can look upon India’s spiritual heritage as a consistent cultural system, which happens to be the oldest surviving civilization in the world.