In this extract from his classic work, M.Hiriyanna explains that Indian philosophical tradition is not restricted to intellectual and moral teachings. Rather, it includes and transcends them. 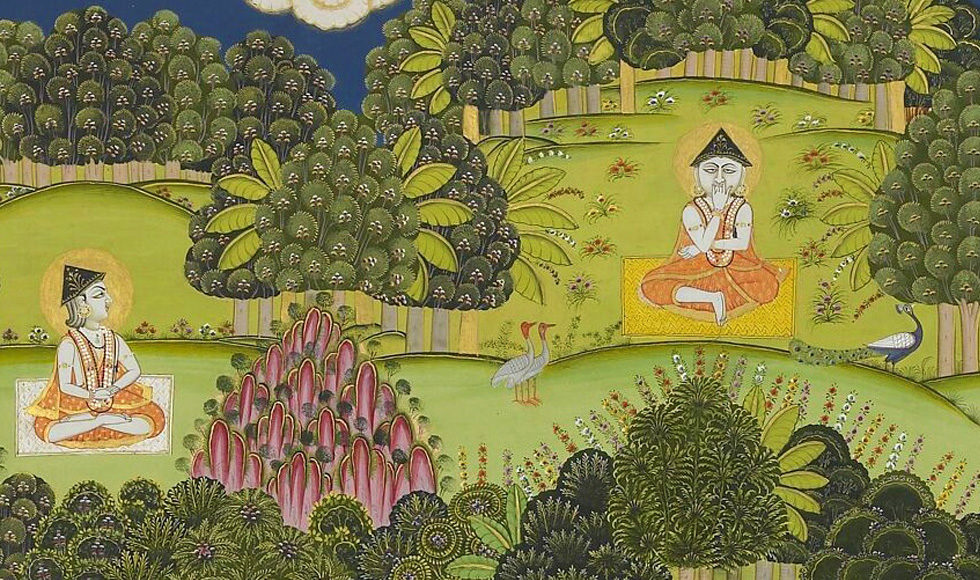 Owing to the spirit of renunciation that runs them all, the way of life which the Indian doctrines prescribe may be characterized as aiming at transcending morality as commonly understood. In other words, the goal of Indian philosophy lies as much beyond Ethics as it does beyond logic.

Some schools admit the ultimacy of the individual self while others deny it in one sense or another. Buddhism for example altogether repudiates the individual self as a permanent entity, while Absolutism takes it as eventually merging in the true or Universal self so that its individuality is only provisional. Theism on the other hand like that of Ramanuja and pluralistic systems like Jainism or the Nyaya-Vaisesika recognize the individual self to be ultimate, but point out that the way to deliverance lies only through the annihilation of egoism (aham-Kara).

Now according to the systems which deny the individual self in one form or another, the very notion of obligation ceases to be significant finally, the contrast between the individual and society upon which that notion is based being entirely negated in it.

Referring to a person that has attained to such a super-individual outlook, the Taittiriya Upanisad says: ‘He is not troubled by thoughts like these: Have I not done the right? Have I done the wrong?’ In the other systems which admit the ultimacy of the individual self but teach the necessity for absolute self-suppression, the consciousness of obligation continues, but the disciple devotes himself to its fulfilment with no thought whatsoever of his rights. That is, though the contrast between the individual and society is felt, that between rights and duties disappears; and so far, the motive is lifted above that of common morality.

According to both the views, the essential duality of the moral world is transcended on account of the total renunciation of personal interest; in neither is it merely an adjustment, however difficult or delicate, of rights and duties between the individual and his social environment.

There is a sense, we may add, in which the practical training, even in its preliminary stages, may be said to aim at transcending morality as ordinarily conceived. The individual’s obligations, according to the Indian view, are not confined to human society, but extend to virtually the whole of sentient creation. To the common percept ‘Love thy neighbor as thyself,’ it adds, as has been observed by one than whom nobody now is better-fitted to interpret the Indian ideal of life, ‘And every living being is thy neighbor.’ Such an extensive of the world of moral action accords well with the spirit of Indian ethics whose watchword is devotion to duties rather than assertion of rights.

Beings that are not characterized by moral consciousness may have no duties to fulfil, but it does not mean that there is none to be fulfilled towards them. This ideal of the fellowship of all living beings is best illustrated by the principle of non-injury (ahimsa), which forms an integral part of every one of the higher Indian faiths and was practiced not only by saints and sages, but also by emperors like Asoka. It may minimize the importance of human society.

That is because the ideal has not less regard for it but more for the wider whole which comprehends all animate being. It does not thereby ignore the spirit of human unity. Only it conceives of that spirit as consisting not in striving for human well-being alone, but also in discharging towards all living creatures the obligation corresponding to the positive of privilege which mankind occupies in the scheme of the universe.

Social morality, however much it may widen our outlook from the individual’s standpoint, really keeps us isolated from the rest of creation. In addition to personal egoism, there is what may be called the egoism of the species which leads inevitably to the belief that the sub-human world may be exploited for the benefit of man.

That also must be got rid of, if man is to become truly free; and he will do so only when he has risen above the anthropocentric view and can look upon everything as equally sacred – whether it be, in the words of the Gita, ‘a cow or elephant or dog, the cultured Brahmin or the outcaste that feeds on dogs.

These are the two elements common to all Indian thought – the pursuit of moksa as the final ideal and the ascetic spirit of the discipline recommended for its attainment. They signify that philosophy as understood in India is neither mere intellectualism nor mere moralism, but includes and transcends them both. In other words it aims, as already stated, at achieving more than what Logic and Ethics can.

But it must not be forgotten that, though not themselves constituting the end, these are the Sole means of approach to it. They have been represented as the two wings that help the soul in its spiritual flight. The goal that is reached through their aid is characterized on the one hand by jnana or illumination which is intellectual conviction that has ripened into an immediate experience and, on the other, by Vairagya or self-renunciation which is secure by reason of the discovery of the metaphysical ground for it.

It is pre-eminently an attitude of peace which does not necessarily imply passivity. But the emphasis is on the attitude itself or on the inward experience that gives rise to it, rather than on the outward behavior which is looked upon as its expression and therefore more or less secondary.

जाति-विहीन समाज का सपना
Tantra and Aesthetics: Where the Twain Meet
The System of Vedanta

Mysore Hiriyanna (1871–1950) was an eminent Indian philosopher, Sanskrit scholar and authority on Indian aesthetics. He was a Professor of Sanskrit at the University of Mysore and a contemporary of Sarvepalli Radhakrishnan. His classes on Indian Philosophy were comprehensive. His classroom dictations, published by Allen & Unwin in book form as "Outlines of Indian Philosophy" brought Hiriyanna international recognition.