What does Hindu dharma say about violence?

Ever since Gandhi touted ahimsa as the primary goal of Hindu dharma, a lot of Hindus have taken it to be the overwhelming and overpowering value to be followed. However, looking at the history of Sanatana Dharma and its core values it is not its defining value. Smarak Prasad Sahoo in this article defines the take of Hindu dharma on violence in light of these values. 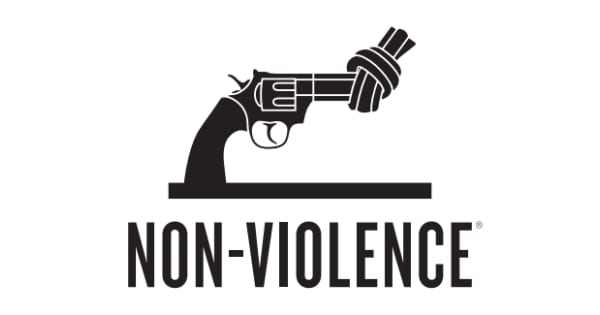 Most of the present day Hindu minds have been tutored to believe that aggression and violence are sinful and evil. They have been taught to avoid conflicts at any cost. Pacifism, the belief that war is never the solution of any problem, has become the new norm. The average Hindu mind has been so much manipulated that most of them shy away from even the slightest hint of conflict. They are ever ready to make all sorts of compromises just in order to settle for peace, even at the expense of their dignity and honour.

They think that their unwillingness to engage in a fight will morally shame their foes and force them to reciprocate their goodwill. But unfortunately, inspite of their best efforts they are never able to attain peace. On the other hand, this stupidity only paves the way for more conflicts, bloodshed and loss of lives.

No peace can ever be attained until and unless bilateral efforts are made in that direction. But in many cases, one side harbours so much hatred and enmity for the other that all attempts of peace prove to be futile. Some classic examples of such conflicts are Hindu-ml¡m and India-Pakistan conflicts. Inspite of getting comprehensively defeated by India in the 1971 war, Pakistan again attacked India in 1999. In such scenarios, unilateral disarmament and attempts to establish peace will certainly prove to be suicidal and self-destructive for the peace seeking side. The peace seeking side keeps on bending in front of its enemies until it realises that it can bend no more without breaking.

This is because the oppressor gets emboldened by this unwillingness to fight and considers it as cowardice and spinelessness. Also, the danger keeps on increasing as the oppressor keeps getting stronger and more powerful while the oppressed becomes weaker and more vulnerable. The only thing that can establish long lasting peace in such conflicts is nothing but a full fledged war. In such cases, war becomes essential to make sure that less blood flows on the streets than at the borders. There is absolutely nothing wrong in fighting such a just and righteous war for ensuring the protection of the virtuous and innocents. According to our Shāstras, that is the Dharma or moral duty of the Hindus.

Our greatest epics, Rāmāyana and Mahābhārata also say so. Shri Rāma’s sincere efforts to offer the olive branch to Ravana through the hands of Angada proved futile after which the Lord picked up his weapons and vanquished the demon king. The Pāndavas also learnt it the hard way when Duryodhana ignored the advice and peace message of Shri Krishna and stubbornly refused to concede them land of the size of a needle point in response to their request to grant them five villages. After this, the Lord guided them in annihilating the evil forces and establishing the Dharma.

This is one of the most important lessons that Hindus need to learn from their Lord and the Bhagwad Gitā. They need to stand up against injustice and evil and fight bravely against the Adharmic forces. Infact the Adharmis have already been slayed by the Lord himself. We are merely the medium for fulfilling Shri Krishna’s vow and accomplishing his mission as mentioned in the Gitā.

Hindus must stop shying away from confrontations and need to uphold their dignity and honour. They must make every effort to protect and preserve their glorious culture, heritage and civilisation.

In the words of Shri J Sai Deepak, “Those who settle for peace at the expense of dignity deserve neither peace nor dignity.”

The Dream of a Casteless Society
Agni Vidya: A Kindling of Inner Fire
ऋत Ṛta: Nature's Cycles and Biodiversity