In this concluding part of the series, read about how the indigenous system of education was fiscally kept afloat and what were the other social mechanism which kept it alive. 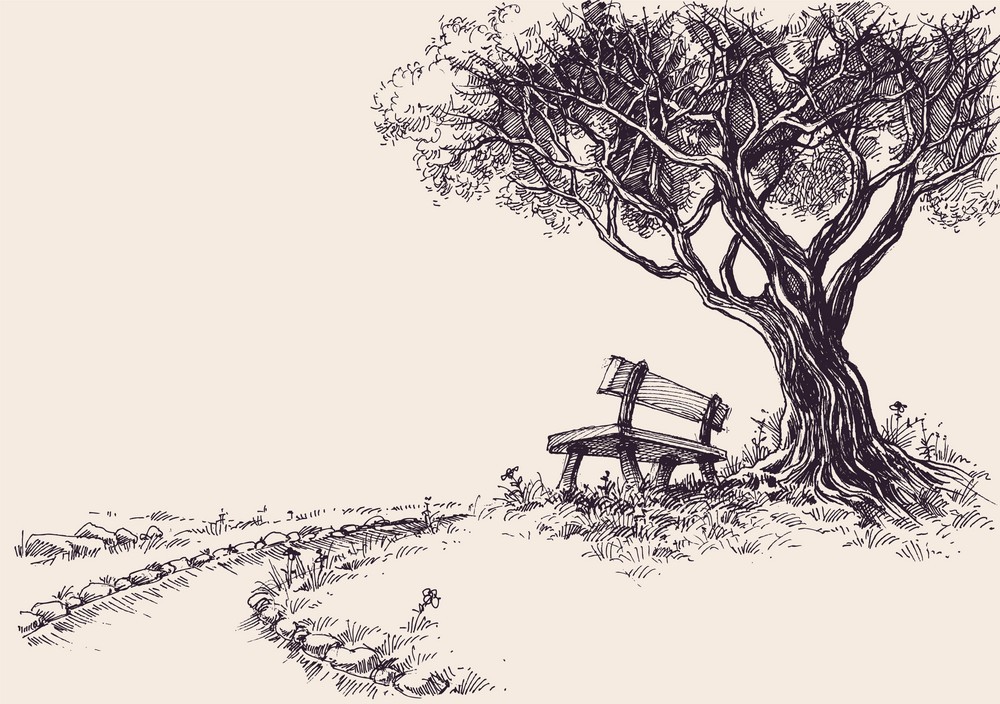 Fiscal support for the indigenous system of education

It is important to recall that, by 1820, most areas of Madras Presidency had been under the British rule for several decades.  As has been extensively documented, the onset of British rule in different parts of India invariably led to a large-scale disruption and virtual decimation of all the indigenous institutions and fiscal arrangements which took care of the administration, and developmental and cultural activities at the local level.  Therefore, it comes as no surprise that almost all the collectors of the Presidency report that there was no public funding assigned for supporting the indigenous education system, and that it had become completely dependent on the fees collected from the students.

Most of the collectors, in their reports sent to the Governor at Madras, also indicate that the indigenous education system was in a much better and flourishing condition earlier, meaning before the onset of the British rule.  For instance, there is the oft-quoted candid admission by A.D. Campbell, the collector of Bellary, who in his report dated 17 August 1823 to the Board of Revenues, stated: –

Of the 533 institutions for education, now existing in this district, I am ashamed to say not one now derives any support from the state… There is no doubt that in former times, especially under the Hindoo Governments[1] very large grants, both in money, and in land, were issued for the support of learning.  (Dharampal 1983:183-184)

This was also acknowledged in a tangential way by Governor Munro who, while writing about the state of education, had observed that they “no doubt [had] been better in earlier times”.  (Dharampal 1983:249)

A graphic account of the fiscal arrangements, by which each village in the traditional Indian polity supported a large number of religious, cultural, economic and administrative services (including the locally managed indigenous system of education), has been presented by Dharampal in his book Some Aspects of Earlier Indian Society and Polity And Their Relevance to the Present, from which the following is extracted:

An idea of how Indian society functioned at least at the rural level comes out fairly clearly from the late 18th century record.  Perhaps the data (circa A.D. 1770) pertaining to the villages of the district of Chengalpattu demonstrate it best, though in a slightly different way, the data from pre-1800 Bengal seems to tell a similar story.  This data was collected through a survey of about 2,000 villages of the Chengalpattu district during the 1760s and 1770s.  The survey recorded the total land belonging to each village, the utilisation of this land for various purposes, the net cultivated land in each village (irrigated and unirrigated), and the details of manyams (the land which had been assigned to various village institutions and functions). …

The most important part of this survey, however, concerns the details of the deductions from the total agricultural produce of the village, generally called swatantrams in pre-1800 south Indian records, for the maintenance of the various institutions and infrastructure of the village, and for intra-village institutions and offices. …As will be observed, the deductions in these villages range from about 25% to 40% of the total agricultural produce of each village. …there were several other functions for which the deductions were made, like the Malabar (Tamil) schoolmaster, the Matham, the Siddhum, the Tom-tom-man, the Banian, the Fakir, the Oil-seller, the Totty, the Vettiyan, the Mosque, etc., …

Besides, about one-sixth of the cultivated (or cultivable) land was classed as manyams.

…by and large, wherever there was irrigation, around 4% of the total agricultural produce was allocated for its maintenance.  Similarly, the Devi, Dharamaraja, and what was known as the Village Temple (there is no example of the latter in these eight villages) had generally much larger combined allocations than the combined allocations to the Iswaran, Perumal and Pillaiyar temples. …The Karnam or Kanakkuppillai (which really implied the office of the registrar of the village, a sort of secretariat, rather than a single individual) generally had an allocation of 3–4% while the Talaiyar (i.e. the village police, which may have included several persons) generally had an allocation of around 3%.  Incidentally, it may be useful to know that the offices of the Talaiyar, the Corn-Measurer, the settler of boundary disputes, and a few other village offices, were generally filled by persons from the Pariah and allied castes. …

…the deductions were not merely for internal village institutions – varied and complex as these deductions were – but also for the support of the intra-village religious, cultural, political, accounting, and militia purposes.  Thus, while the village or the locality (for it may be taken as granted that similar arrangements though based on other productions, earning, etc., also existed in towns and cities) managed and organised its own internal affairs and thus in a way could even be symbolised as an autonomous republic or corporation, it was by no means isolated, or unlinked from other localities.  In fact it seems to have contributed to the support of the intra-local systems, and it can reasonably be assumed that the intra-local systems looked after the requirements of systems, which in their own Indian way provided support and integration to much larger areas.  In a sense, the polity which such data suggests is the kind of polity that Mahatma Gandhi tried to spell out in his idea of the oceanic circles, where the innermost circle retained the utmost internal autonomy, and only such fiscal, moral and other support was extended by them to the outer circles which was essential for performing those residual tasks, which could not clearly be performed at any local level.” (Dharampal 1986:19-25, emphasis added)

A preliminary analysis of the 18th century locality accounts of around 2,000 villages of the Chengalpattu region shows that in around 370 (or about 20% of the total) villages of this area allocated a swatantram deduction of nearly 0.20% of the gross produce (taken out even prior to the measurement of the grain produce) for the office of the local school teacher.  The school teacher is referred to as the Tamil Vathiyar in the original Tamil locality accounts and is referred to as ‘Malabar schoolmaster’ in the English translation of the accounts of the so-called Barnard Survey of the localities of Chengalpattu conducted during 1767-74.[2]  Apart from this swatantram deduction, there were also merai allocations from the grain produce as well as maniyams or revenue assignments made to scholars of the locality as well as some of the renowned scholars of the region.[3]

Thus it is clear that the widespread indigenous education system in pre-colonial Madras Presidency had a sound fiscal support from public funds in the pre-colonial Indian polity.  At the level of the village itself, which was the basic and essentially self-governing unit of Indian polity, grain and revenue assignments were made from public funds for the maintenance of the education system.  The colleges or the institutions of higher learning run by reputed scholars seemed to have such assignments from a large number of villages.  Such assignments were suspended and eventually completely stopped after the political control of the area passed into the British hands.  As is seen from the reports various collectors, the indigenous education system in the 1820s was still being supported by the local communities through fees and voluntary contributions by students and the residents of the localities.

Dharampal (1986). Some Aspects of Earlier Indian Society and Polity and Their Relevance to the Present. Pune: Indian Association for Cultural Freedom.

Hansard, Thomas C. The Parliamentary Debates from 1803 to the Present. London.

Howell, Arthur Pearse (1872). Education in British India Prior to 1854, and in 1870-71. Calcutta: Office of the Superintendent of Government Printing.

[1] Campbell seems to be here referring to the fact that in Bellary and other areas of the Mysore rajya (kingdom), the indigenous educational, cultural and religious institutions received generous support from the local community and the higher authorities prior to the usurpation of the rule by Haider Ali and Tipu Sultan.

[2] A survey of the Chengalpattu area, which the British referred to as their inam land, or the jaghire, was carried out by a British engineer, Thomas Barnard during the period 1767 to 1774.

[3] This observation is based on the ongoing work of analysis of the locality accounts of around 2,000 villages being carried out at the Centre for Policy Studies in Chennai (personal communication from Prof. M.D. Srinivas).  A preliminary overview of the society and polity as revealed by these accounts may be found in Bajaj, J.K. and M.D. Srinivas. “Indian Economy and Polity in 18th century Chengalpattu” in Bajaj, J.K. (ed.). Indian Economy and Polity. Chennai: Centre for Policy Studies, 1995; pp. 63-84.  The complete accounts of two localities have been edited and translated in Srinivas, M.D., T.G. Pushkala and T. Paramasivam. Thirupporoor and Vadakkuppattu:  Eighteenth Century Locality Accounts. Chennai: Centre for Policy Studies, 2003.

The Romantic Idea of Education
The Romantic View of Human Relations
Knowledge, Culture and Tradition in India