The Importance of a Hindu Temple

The Hindu Temple is a unique institution. In India the institution of the temple was developed to a limit where it became the primary carrier of Hindu culture and civilization. Just how important it is, is discussed in this article. 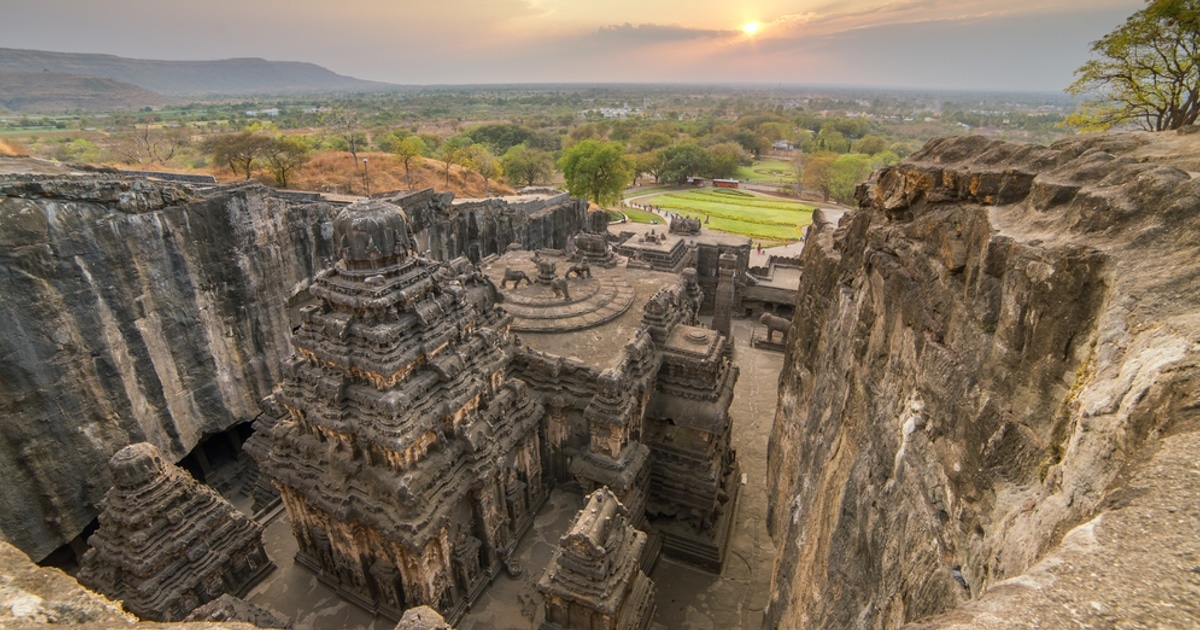 A Hindu Temple is the nerve centre of Hindu society and identity. It is the first place of choice for the majority of common Hindus with respect to spiritual and religious matters even today. It is not only the residing place of the Deity within but has a much greater significance in the lives of Hindus seeking spiritual solace and divine grace. A Temple is a living institution which ensures the survival of the traditions, customs and communities associated with it. The age of a Temple reflects the ancestral and civilizational memory of a society as it is a witness to the events which have shaped its present. It has seen both the days of glory and downfall of the society.

The amount of importance carried by Temples can be estimated from the number of Temples still present in India today in spite of more than 40000 Temples being demolished by foreign invaders in the past. Our ancestors kept on reclaiming and rebuilding our Temples despite repeated takeover and demolitions by our enemies. Some temples were rebuilt over and over again for almost 20 times with the process spreading over centuries. It is only due to such undeterred spirit and strong resolve shown by our ancestors that Sanātana Dharma and Hindu civilization has survived till present while many ancient civilisations got wiped out by certain imperialist ideologies masquerading as religions.

The history of Hindu society reveals that it has always been our Gods who have guided us in establishing and protecting our Dharma. They have inspired many great men including sages, scholars, intellectuals, warriors and even commoners to fight for upholding Dharma and selflessly sacrifice their lives for its cause when required. There are also countless examples of our Gods leading military expeditions of kings who were their devotees be it Shri Jagannātha leading Gajapati Purushottama Deva or Mā Bhawāni leading Chhatrapati Shivāji Mahārāj’s army. It is only they who have nurtured, protected and sustained Hindu society till now. So any new attempt of Hindus to reclaim and reassert their identity and culture must begin from their doorsteps.

Let us free Hindu Temples from state control and administer them ourselves . Let us reclaim and rebuild all our Temples which have been demolished and taken over by our foes.

It is true that we are surrounded by our enemies from all sides, both internally and externally, who are very powerful and well organised. It is true that a significant number of our own people have got greatly detached and self alienated from their own roots and culture thereby, opposing the causes of their community. It is true that a large section of our people have become too individualistic and materialistic and are ignorant of or indifferent to the threats faced by Hindu society currently.

But we have also been able to win some major battles featuring our Temples in the recent past. We have been successful in protecting and preserving the rights of our Gods, our customs, traditions and culture, be it the Sābarimālā and Padmanābhaswāmy Temples of Kerala or Jagannātha Temple of Puri or Rāma Mandir of Ayodhyā.

As long as the signals keep coming from our Gods and Temples, certainly everything is not lost. Hindus mustn’t lose hope and drop their weapons but continue to fight the civilisational war. It is the enormous courage, immense valour and undeterred fighting spirit displayed by our glorious ancestors which has ensured the survival of Hindu society till present. Hence, it is our duty to spare no effort or sacrifice for the cause of Dharma.

May Mātā Saraswati dispel the darkness of ignorance from our minds by blessing us with divine knowledge.

May Mātā Lakshmi shower her grace upon us so that we have the required resources to win the war.

May Mā Bhawāni lead our army, annihilate the adharmic forces and re-establish Dharma.

May Mā Durgā shower her divine blessings and grace upon us all !

The Significance of 108 in Indian Cosmology
What is Wrong in India becoming a Hindu Rashtra?
Divine Intermission. Exploratory Studies in Reincarnation.