The Heart of Islam

In this article, Smarak Prasad Sahoo discusses about the famed heart of Islam, or the heart of Muslims. We often hear about we have to appeal to the inner goodness of Islam. Whether that is possible for us to approach or not is discussed by the author in this article. 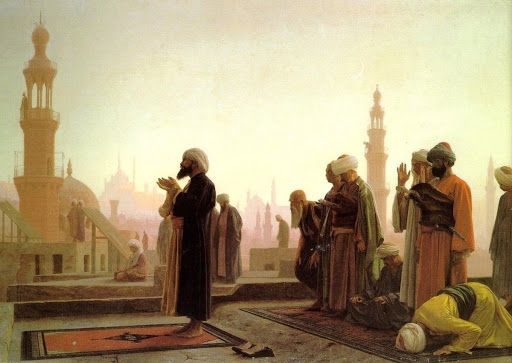 The heart of Islam has been hardened to stone. It is totally devoid of any kindness and mercy. There is absolutely no compassion for other living beings, not even their fellow humans. The clear discrimination made between humans as believers and unbelievers in their guide book is beyond derogatory. The only prescribed treatment for the unbelievers is to convert them into their only “True faith” by any means. All those who refuse to convert willingly must be slaughtered, enslaved and their women dishonoured. Any criticism of their “Only God” or “Last Saviour” is considered as blasphemy and punishable by death, even if the criticism is just and based on facts. Ever since its inception, this cult has expanded only through its military power instead of spiritual power.

No amount of love and goodwill can bring a change of heart in its followers. Nothing can diminish the deep contempt and hatred for the unbelievers in their minds. It has always been accompanied by death and destruction. Its inability to peacefully coexist with others is evident from the fact that even the Islamic countries are still suffering from terrorism. When its followers cannot live harmoniously among themselves, it is no surprise that they miserably fail to do so with others. Bloodshed, Massacres and Genocides are the characteristic features of Islam.

The most decorated person in history to offer peace message to Islam is certainly none other than M.K. Gandhi. From saying that “Muslims are our brothers. If they come to kill us, Hindus should happily lay down their lives for them instead of retaliation” to “Hindu women should commit suicide if muslims try to outrage their modesty and honour”, he has made the best possible efforts to appeal to their conscience and morality. Inspite of that, he miserably failed in his endeavour and was forced to helplessly witness the tragic partition of his nation. Many famous saints and mystics like Guru Nanak and Kabir have also tried the same, only to see the face of defeat. On the contrary, they have only managed to confuse the Hindus into believing that Islam is just another religion and not a danger to them. Many Hindus also kept appealing to the Muslims in name of ethics and morality to return back the sacred Rāma Janmabhoomi site. But all their pleas fell on deaf ears.

History has always been a testimony to the fact that unilateral disarmament and attempts to establish peace have never borne fruits. Ironically, Hitler himself had said that “If the chicken and geese pass a resolution about peace, the wolf is not convinced.”

As long as Hindus entertain the false notion that Islam is a religion and keep appealing to it in the name of conscience and morality, they can never defeat it. For, Islam has no heart that can be softened. Its heart has been drained of all human feelings and hardened into a calculating machine which manufactures only imperialist ambitions. In reality, it is an imperialist ideology full of fanaticism and self-righteousness, masquerading as a religion.

Hindu society must realise the true character of its foes before its too late, inorder to emerge victorious in this civilisational war.

The ignorance of Hindus is directly proportional to Islamic fascism while the doctrine of Islam remains constant.

बौद्ध मत की हिन्दू धर्म के साथ एकात्मकता
Nature of the Divine in Hinduism: One or Many?
History Of Asana And Exercise In India