In this brief article, Smarak Prasad Sahoo tells us how our institutions like media, which is considered an important pillar of a free society is actually working against the national and Hindu interests. 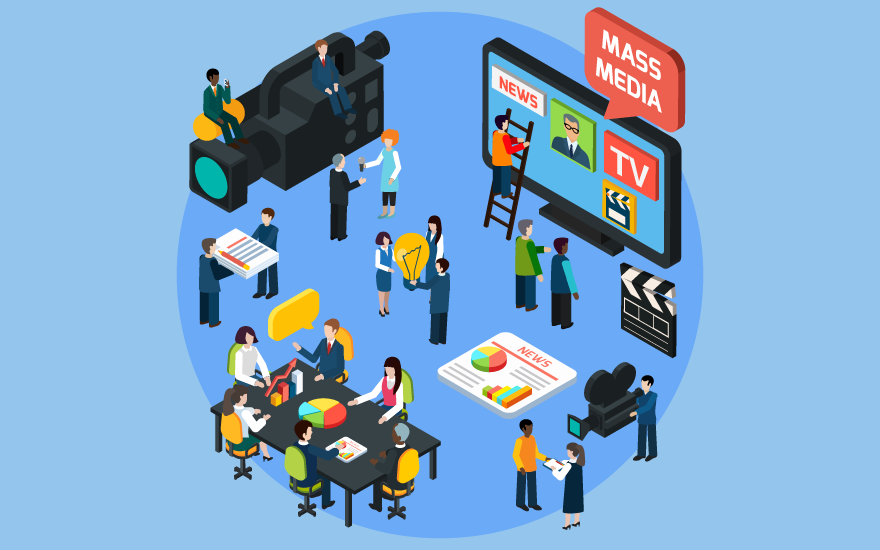 Media plays a very important role in shaping public opinion and setting the narrative. Media also paints the international image of a country, politician and community. One major strength of anti-Hindu elements is their complete stronghold over mainstream media. Unfortunately, this very field is one of the major lacunae of Hindus. This is evident in the highly biased media coverage on same kind of atrocities committed against Hindus and muslims.

The mainstream media provides elaborate attention to the latter but denies the same to the former inspite of it being their rightful due. Worse, it whitewashes the most heinous crimes committed by the enemies of Hindus while maligning Hindu society as a whole for any crime committed against non-Hindus though such incidents are very rare. Most of the youth who follow these so called unbiased media are misled to falsely believe that Hindus have been unjustly oppressing the muslims since decades. Hindus are depicted as aggressors inspite of being the victims in most cases. The mainstream national media is deeply Hinduphobic and spend their time in Hindu bashing instead of publishing authentic news.

Media employs many different tactics to peddle its malicious anti-Hindu propaganda. While the less popular ones resort to blatant spread of fake news, the more popular ones having significant credibility in the eyes of the common masses try to subtly manipulate their thoughts and perception. So they twist headlines and images of news reports by calling maulanas as “tantriks”, printing RSS photo in an incident of a muslim man refusing to eat food cooked by a Dalit, printing the photo of a Hindu wedding in a news related to children infected with corona spread by Tablighi Jamaat, prominently mentioning the name and religion of the victim if s/he is a non-Hindu and many other ways. In a report in which a muslim actor was accused of rape, the image used was taken from a TV serial in which the actor had enacted the role of a Hindu God wearing a tilak on his forehead and a golden crown. They blame and shame Hindu society as a whole for a crime committed by an individual but shield the muslims and christians even though they are the perpetrators of violence collectively. They also display selective concern for environment during Hindu festivals like Holi and Deepawali but not during Eid, Christmas and English new year. From time to time, they also issue totally unsolicited character certificates to Hindu Gods and Goddesses like Prabhu Shri Rama and Mata Sita, Shri Krishna, Shiva, Brahma and Maa Saraswati even without an iota of truth in it. The malicious anti-Hindu propaganda was in full display during the recent lynching of 2 Hindu Sadhus along with their driver in Maharashtra. No mainstream media deemed it necessary to even mention the names of the victims. But the most disgusting part was that The New Indian Express called the Sadhus as “thieves” while the Wire said that the deceased ones were not Hindus but tribals.

Though the deep contempt and deep hatred for Hinduism prevalent in the mainstream media is nothing new for those who are well aware of it, but it does play a pivotal role in alienating the gullible younger generation from their religion and community. They easily fall prey to such fake news and side with our foes. They grow up to despise Hinduism and their own Gods. They mock and deride Hindu Gods, rituals, culture and traditions in the name of scientific temper, progressiveness, feminism and modernity. Many young children who have no idea of politics and religion read newspapers just to increase their vocabulary and language skills. Since visuals and images have a lasting impression on our minds, these presstitutes alter their thinking subconsciously even without their knowledge. The continuous depiction of Hindus in poor light turns them against their own religion and society. Hindus are perceived as radicals and extremists while in reality, they are the most tolerant and peace loving community. Tragically, Hindus are struggling to bring into limelight the most gruesome atrocities perpetrated against them. Many heinous crimes pass off completely unnoticed even by their fellow community members, let alone the world.

Out of the many essential steps required to be taken by Hindus in order to emerge victorious in this civilisational war, a major one is to destroy the stronghold of our enemies over mainstream media as well as establish a robust system to completely curb the rampant circulation of fake news and propaganda tarnishing the image of Hindus.