Revisiting “The Beautiful Tree” – 4 – Caste Profile of the Students

The greatest of the myths about ancient Indian education system in India is that Brahmins had such a completely monopoly on every kind of education that almost all other jatis and varnas were illiterate. Dharampal in his seminal study of the 19th century education system broke this myth. Dr. Probal Roy Chowdhury in this article discusses the respective number of students that studied from a particular community. 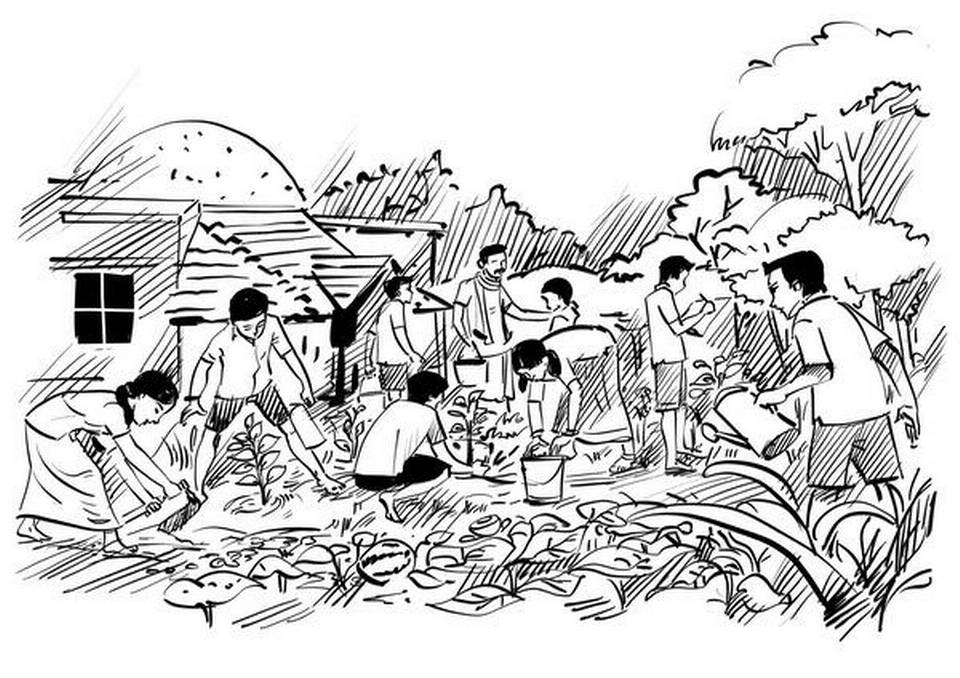 Community Profile of Boys Studying in Indigenous Schools of Madras Presidency in ca.1825

The communication, dated 25 July 1822, from the Board of Revenue of Madras Presidency to the collectors of various districts, instructed them to carry out a survey of the indigenous system of education in their district following a standard format for the collection and compilation of the information.  The information sought included the total population, and the number of schools and colleges in each district.

The collectors were also asked to give the number of boys and girls studying in these schools and colleges under each of the following community heads: “Bramin Scholars”, “Vysea Scholars”, “Sooder Scholars”, Scholars of “All other Castes”, “Grand Total” (Total Hindu Scholars), “Mussulman Scholars”, “Total Hindoos and Mussulman” Scholars, and the “Total Population” (Dharampal 1983:86-87).

In some cases, the collectors gave the number of students belonging to the “Chatreya” (Dharampal 1983:194) community also.  There is no clear specification as to what was meant by the category of “All other Castes”.  It was perhaps left to the discretion of the various district collectors to include under this category all those who, as per their sources of information, did not come under the above varna classification; it perhaps included a significant number of those who are classed as Scheduled Castes and Scheduled Tribes today.

The detailed information provided by the collectors was summarised in a communication, dated 21 February 1825, from the Board of Revenue to the Chief Secretary to the Government at Fort St. George, Madras.  Some of the data of this survey, including extracts from the minute of Governor Thomas Munro, was published as part of the House of Commons Papers in 1831-32 (Volume 9).

However, the detailed district-wise data on the community profile of students was not published either in any of the Government reports or in any of the scholarly investigations on the subject for more than 150 years.  The reports of all the collectors, along with the tabulation of the data sent by them following the prescribed format, were compiled, analysed, and published for the first time in 1983 by the renowned Gandhian thinker and historian Dharampal (1922-2006) in his seminal book The Beautiful Tree: Indigenous Indian Education in the Eighteenth Century (New Delhi: Biblia Impex, 1983).  This essay is largely based on the data and analysis presented in this pioneering study of Dharampal.

The 1822-25 survey recorded a total of 1,57,195 students studying in 11,575 schools.  An important feature that emerged from the survey is that the number of girl students studying in these schools was only 4,023, which was indeed a miniscule fraction (2.5%) of the total student population.  This fact was noticed by almost all the collectors and some of them (like the collectors of Malabar and Madras) mentioned that a number of girls might have been instructed at home. [1] There were also some districts of the presidency where the number of girls reported to be studying was somewhat larger. [2]  However, the general picture that seems to emerge from the survey of 1822-25 is that the boys indeed constituted the overwhelming majority of the students in the entire indigenous school system.

In part 5 of the series, the tables regarding this data will be revealed along with their analysis.

Will Corona Virus cure our Colonial Hangover?
The Book I Would Pass To My Children
Was Gujarat Educated in 19th Century?