How Christianity Destroyed the Pagan Greece

In this article, Sittun Swayam Prakash explains how Catherine Nixey has told the story of the destruction of the pagan polytheistic world by ascendant Christianity in the early first millennium. It is a heart breaking story of how ancient Greece was destroyed, its philosophers killed, its temples desecrated and its books burned. 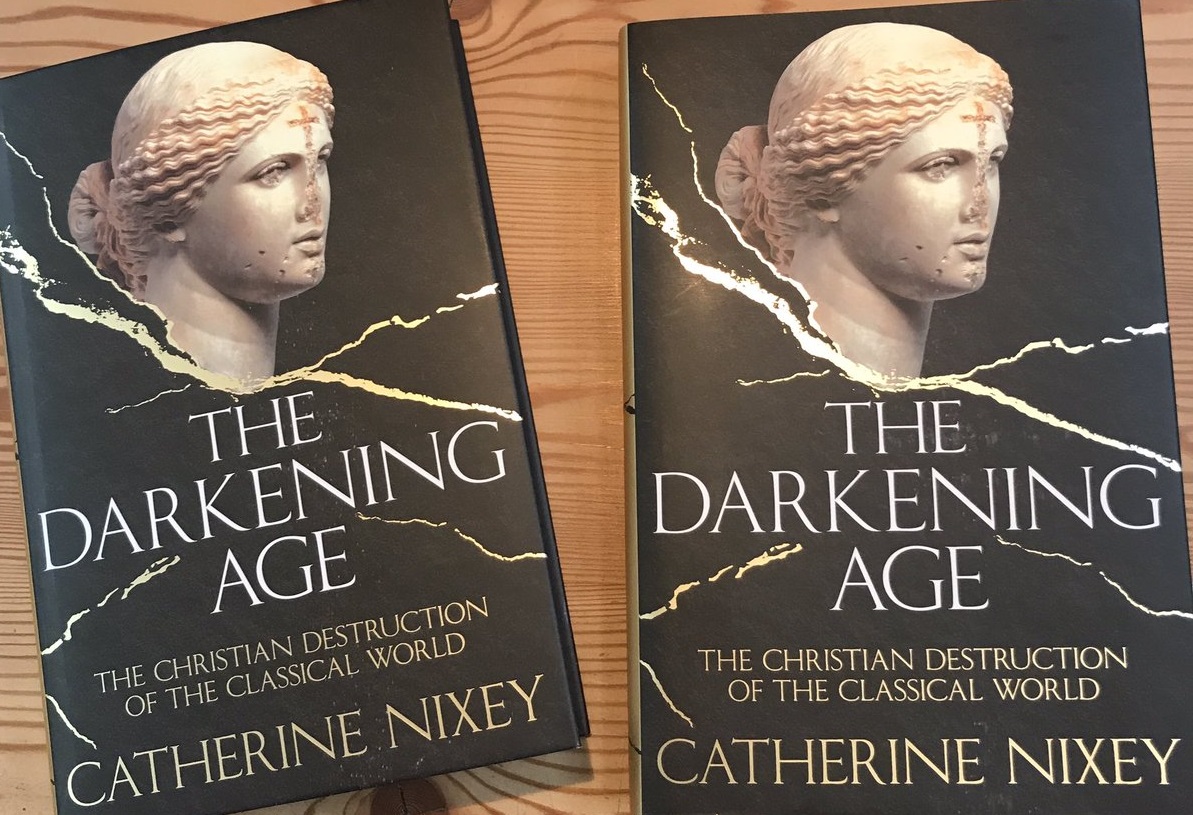 The Darkening Age by Catherine Nixey is a largely unknown story of how a radical religion, deliberately went out to categorically and systematically dismantle the Classical pagan world – a deeply disturbing story of violence, ruthlessness, religious dogmatism, anti-intellectualism, fanatic intolerance, and bigotry.

In sharp contrast to the halcyon image that Christianity paints of itself, this book brings to light a carefully researched and authoritative history of the devastation wrought by Christianity in the wake of its hunger to expand, and ravage all that was held sacred in the classical world. This book uncovers all that was lost when Christianity won, a hitherto (deliberately) hidden tale of despair and desecration.

Owing to what I already knew about the destruction of the great Library of Alexandria and the torture and murder of the brilliant philosopher and mathematician Hypatia, I knew the early Christians weren’t exactly kind to those who didn’t believe in their tenets, but what I was largely unaware of the sheer extent to which the Christians systematically decimated art, culture, heritage, an entire civilization; an entire way of life. It came as a particularly nasty shock to me to learn of the savagery of the early Christian saints and their sledgehammer-swinging followers. It follows unequivocally from the text that the Christians were not the meek and noble lambs of pious legend.

Apart from the visible demolition of pagan temples, and shattering of statues, Nixey also explores some of the not-so-readily visible social, philosophical, and socio-psychological ramifications of the relentless and unquenchable thirst for conversion by the early Christians, emboldened by the tacit and oftentimes even explicit support of contemporary Christian thinkers and kings.

These thinkers were inspired by texts sourced directly from the Old Testament interpreted them as divine commandments – commandments that spelled death and destruction for those not too warm to the idea of abandoning their ancestral way of life in favor of the ‘saving grace’ of Christianity.

From the 1st century to the 6th, those who did not readily fall into step with its beliefs were inexorably hounded in every possible way: social, financial, legal, physical, and psychological. Their altars were demolished and their temples razed, their statues dismembered and their priests murdered. Their books were burnt, their systems upturned as they watched on helplessly in horror. It was an annihilation – a costly one. One that lay waste to centuries of polytheistic thought and philosophical systems.

Ms. Nixey’s intention in this book is not so much to attack modern Christians, as it is to set the record straight. Too much has been glossed over through the centuries by Christian writers and historians. The account of early Christianity thus presented stands in inimical contrast to polytheistic philosophy and religious systems that were then prevalent in the Roman Empire – and irreconcilably so.

Unlike the polytheistic world, in which the addition of one new god made no fundamental difference to the worship of the old ones, this new ideology stated not only that Jesus was the way, the truth, and the light but that, He was the ‘only’ way, and that by extension, every single other way was axiomatically wrong and thus ultimately had to be destroyed.

This is an authentic retelling of history, woven together beautifully by Catherine Nixey. The book is heavily annotated – 35% of the book is just citations to primary sources and texts. However, it must be noted that this is not a chronological work – the history presented (even though carefully annotated and backed up by facts) is not strictly sequential. Rather, the stories are organized in a diligently planned manner to aid comprehension and constructively convey ideas and themes.

Nixey is a scintillating writer. Every sentence is vivid, evocative. Her writing is almost poetic, the prose flows seamlessly between history, to nostalgic musings, back to history, litanies of injustice, and vivacious accounts of the classical world. For instance, she gives an enthralling portrayal of the Temple of Serapis – the great halls, its columns, the astonishing statues it housed and its art; the sheer magnificence of the architecture, the frankincense, and its priests.

I could almost imagine myself walking through the stone porticoes, up the shining stairs; leaving behind the hustle and bustle of an ancient Roman marketplace, and stepping into this magnificent temple to witness the wonder that was the grand idol of Serapis. This is but one example – the entire text is laden with such priceless gems.

The Darkening Age is a dazzling piece of work. It transported me to another world – a world tragically forgotten; a history purposefully buried. It will transport you too.

Mother Teresa: Saint or Soul Vulture?
The Doctrine of a Dead Man – A Pagan View of Christianity
Hagia Sophia and the Return of Islam