How the ‘Subaltern’ Speaks 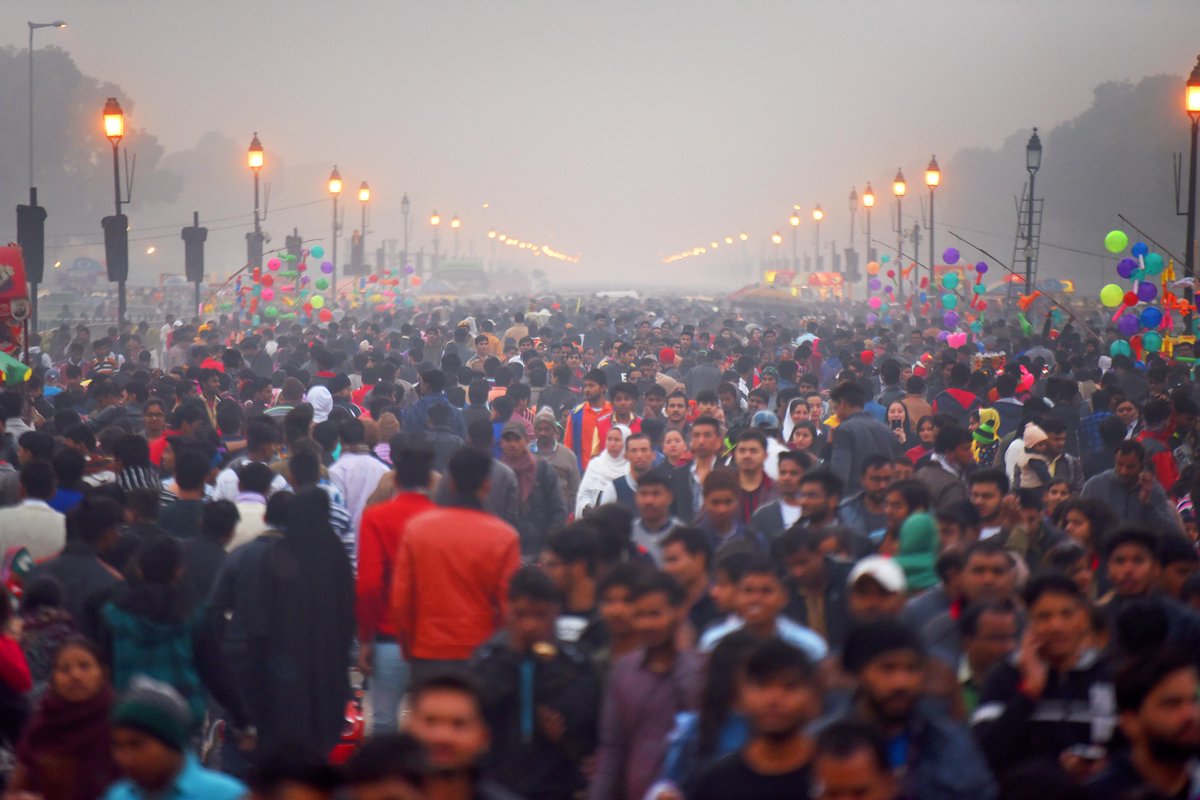 I live in what urban planners and municipal authorities call a ‘low income neighborhood’, it is located bang opposite the campus where I earned my postgraduate and PhD degrees. In my student days, I often heard the joke that a PhD done at JNU (Jawaharlal Nehru University) would take one either to ‘Amrika’ (USA) or Munirka – an urban ‘village’ spread over a few hectares and crammed with anything between one to two lakh human beings.

Munirka Gaon is a maze of narrow, dark alleyways – you may live here for years without figuring out whence they come and whither they go. Space is precious here, there is very little of it that is uninhabited – there is not an inch of gap between one house and another. Yes, Munirka Gaon may seem rather forbidding. Though a mere street lies between it and JNU, the place is in every sense a world apart.

And so, it happened. I submitted my doctoral thesis at the Center for Historical Studies (CHS), JNU and ended up in Munirka. Going to ‘Amrika’ for ‘postdoc’ (postdoctoral research) did not really appeal to me, because that would have meant abandoning the conceptual and analytical positions I had developed and producing an atrocity narrative about my country. At the same time, what I had saved (very little indeed) does odd freelance jobs as a student was not enough to move into a ‘respectable’ neighborhood. So, Munirka it was.

I will not lie; I was filled with some trepidation as I moved my stuff from the hostel to my new rented residence. I suspected that I am up for a hard time. And, of course, Munirka did not let me down – I found the heat oppressive, natural in so congested a locality, power cuts were frequent, and the bathroom tap produced water for just a couple of hours in a day. Amid all the ‘trials’, however, my perception and understanding of the world were vastly bettered – I heard the ‘subaltern’ speak.

No, by ‘subaltern’ I do not mean a junior army officer ‘below the rank of captain’ – that is how the 1999 edition Oxford Concise English Dictionary I possess explains the term. You see, the learned folks in academia use ‘subaltern’ in a different sense altogether – to them the term implies the ‘non-elite invisible in history’, or, simply, the ‘non-elite’ in general. For about a couple of decades, from the early 1980s till the beginning of the 2000s, we had these (rather confused) group of scholars bringing out the Subaltern Studies volumes and dwelling on what they imagined to be the representative or singular instances of subaltern politics and attitudes in colonial India.

They believed that the ‘subaltern’ – the Dalit, the Adivasi, or the factory worker – possesses a psychology and culture completely different from the general run of human beings. They also thought that this unique psychology and culture make ‘subaltern’ politics and attitudes innately prone to violence. One of them, the much celebrated Gayatri Chakravorti Spivak (with the unique ability of making the English language about as comprehensible as ancient Coptic liturgy) even argued that the ‘subaltern’ cannot speak – the non-elite, she thought, are inarticulate and incapable of representing themselves (as I understand, with Madame Spivak it is hard to be sure though).

When I was at JNU, there were a lot of people around me who were very convinced by the claims of the Subaltern Studies Group (the scholars who produced the Subaltern Studies volumes). In their worldview the Dalits and the Adivasis, on account of their allegedly distinct culture and psychology, were thoroughly alienated from the ‘oppressive’ Indian state and ‘Brahmanical’ Hinduism. They validated Naxal violence as an unmistakable outcome of this alienation and the distinct ‘subaltern’ politics. These ‘radicals’ also took it upon themselves to speak on behalf of the inarticulate ‘subaltern’ and said that his salvation lies in the overthrow of the Indian state and annihilation of Hinduism. As a student I always suspected that they were wrong. After moving to Munirka Gaon I was convinced that they were.

I have lived here for seven years now. The heat is still as bad, and power cuts as frequent. The water situation is better though. Around me live security guards, kitchen maids, autorickshaw and cab drivers, and a few who eke out a living selling momos or chai. These people are mostly ‘migrants’ from Uttar Pradesh, Bihar, Odisha and Jharkhand. I guess, they must qualify as ‘subalterns’, being the ‘urban poor’ these people are the quintessential ‘non-elite’.

And, I am sure, a fair number of them must be Dalits as well. My neighbors’ lives are hard even in the best of situations, they have been especially hard in this pandemic – what with the lockdown denying them a livelihood for nearly two months. However, despite there being so many hard-pressed people in the vicinity, I have not heard of one incident of violent crime – there have been no muggings, nor has a house been broken into and robbed.

Are my ‘subaltern’ neighbors alienated from the ‘oppressive’ Indian state? I do not think so. About a hundred meters from where I live, there is this autorickshaw stand. Come 15 August or 26 January, I see the tricolor flying upon the hoods of most vehicles lined up there. Come elections of some sort, Lok Sabha, legislative assembly, or municipal, and my neighborhood exercises the franchise with great enthusiasm.

A winding, serpentine queue forms outside the municipal school where the local polling booth is set up. In simple language, I see my neighbors reposing faith in the Indian state and its institutions. JNU’s stock fell in their eyes after the slogan ‘Bharat tere tukde honge. Insha Allah!’ was raised there (on 9 Fenruary, 2016). It has not risen since. Bring up JNU in a conversation with them and they are very articulate, they call that ‘esteemed’ institution some very nasty names. My neighbors are sure of their views and express them very well. Madame Spivak and the JNU ‘radicals’ need not speak on their behalf.

And do my ‘subaltern’ neighbors seek liberation from ‘Brahmanical’ Hinduism? No, once again, I do not think so. Hinduism, or Dharma, as I observe, is assimilated into their lives as a true āsthā – a living faith, profound and beautiful. I wish, I had a tenth of this faith. The claim that Hinduism is ‘Brahmanical’ might appear somewhat incredible to them, because their āsthā, as I see, requires no priestly mediation.

Sometimes I see files of singing women, celebrating some teej or vrata, walking down my lane; I never spot a priest in their midst. On Janmashtami, a tableau depicting Krishna’s childhood is set up at the aforementioned autorickshaw stand by some children and teenagers. Again, there is no priest at the place – these youngsters just dance their hearts out to disco-beat bhajans to make worship to the Lord.

So, after moving into Munirka Gaon I heard the ‘subaltern’ speak. I heard a people both patient and moral, deeply invested in the Indian state and its institutions. I heard a people perfectly capable of speaking for themselves, and a people who hold the faith of their ancestors dear and derive succor from it. Thereafter, I heard a voice within me say – ‘this Subaltern Studies business is such putrid elitism.’

The Violence of the Romantic View of Life
Dholavira Village: Cultural Diversity and Ecological Constraint
All Interpretation is Misinterpretation: An illusory appeal