Rioting for the Greater Good (Are Cops Racist – 2)

This is the second excerpt from Heather MacDonald’s book Are Cops Racist? In this part, the author further reveals the true character of rioters and their criminal histories, thereby shattering the myth that rioters and protestors are arbitrarily targeted by the police because of their race. 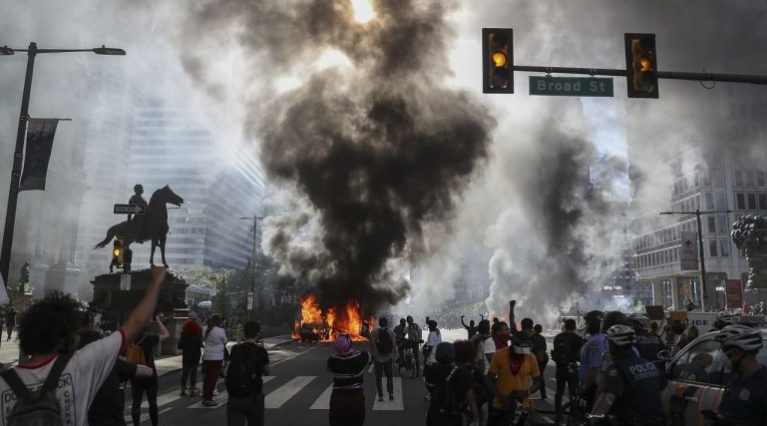 Those who attribute riots to racism blame racist police no less than racist employers. The riot apologists’ most incessant indictment against the Cincinnati Police Division: the Cincinnati fifteen. But besides ignoring the defensive nature of almost all the killings, the apologists never mention that one of the fifteen victims dragged an officer-a black officer-to his death in a car; or that, as of May 17, all four of the most recent shootings by police (two lethal) involved black officers; or that, with a death toll of three officers over the last four years, a Cincinnati cop is twenty-seven times more likely to die at the hands of a black man than a black man is to die at the hands of the Cincinnati police.

Little evidence supports the claim that the Cincinnati Police Division is an institution out of control. In 1999 Cincinnati officers had fewer fatal shootings per officer than the San Diego Police Department, constantly lauded as progressive by the liberal press. Over the last six years the police in St. Louis, a city comparable in size to Cincinnati, killed twenty suspects, according to the Cincinnati Enquirer, without attracting the national media’s attention. Cincinnati officers use nonlethal physical force (such as punching or kicking) about fifty times per year, or in .o9 percent of all arrests: an unexceptionable rate. A Cincinnati Enquirer study found no racial pattern in force incidents, and as for the racial pro-filing charges, Cincinnati officers ticket black and white drivers proportionately to their representation in the city’s population. The department’s current and previous chief are highly respected among their peers. While by no means as cutting-edge in its management techniques as the New York Police Department, the Cincinnati department appears to be easily as well managed as most.

Like every police force in the country, the Cincinnati department struggles with police-community relations. Too many officers are sullen and defensive, say some downtown leaders. Of course, they often face a very hostile audience. “Younger people have a hateful attitude,” laments Officer Dean Chatman, recalling the f…k-the-police T-shirts he has seen. Boys try to provoke the police into chasing them, so that they can be caught empty-handed. Passersby often accuse Chatman of being a “house nigger.” “They tell me: ‘You’ve sold out; you especially should understand,”‘ he says. “My response is: ‘No, I don’t. My brother wouldn’t do what you’re doing.’ ”

But for all the talk of Cincinnati’s abysmal police-community relations, it is easy to find people who bear no animus toward the police. Typical is Galen Bailey, a forty-year-old illustrator. He figures he’s been stopped fifteen or sixteen times for speeding (he drives very fast), and there has been a warrant out for his arrest because of unpaid traffic tickets. The only time he’s felt any qualms about a police officer occurred during a traffic stop across the Ohio River in Kentucky: “I got the impression I should keep my mouth shut,” he recalls.

Even some of those who express animus report civil treatment. A sixteen-year-old in a do-rag and low-slung pants waiting at a bus stop outside City Hall says he figures he’s had three encounters with the police. Most recently he was frisked by officers looking for car thieves. Afterward they said: ‘We’re sorry, we made a terrible mistake” – precisely the courtesy that police brass nationally struggle to elicit from their officers. The apology calmed him down a little, he said, “but they still had me kind of mad.”

But the Cincinnati Police Division does have one very big problem: it has to fight too hard to get rid of bad apples on the force. About a decade ago, seeking to give managers more power, the department instituted binding arbitration for disciplining officers. “It was the worst thing we’ve ever done,” says former police chief Mike Snowdon. The arbitrators almost always vote pro-union and anti-management; the division has lost all of its last ten cases. Rolando Underwood is the poster boy for the department’s discipline problems. A 6-foot-2, 245-pound drug dealer, Underwood was suspended three times, fired and reinstated once, and reprimanded five times for offenses ranging from incompetence to neglect of duty during his ten years on the force. In 1995 he was suspended for conduct unbecoming to an officer for a sexual imbroglio. The department finally nailed him when he negotiated an $80,000 marijuana deal with an undercover officer.

No protesters are calling for giving management more power to fight police corruption, however; instead, the activists are making the usual demands for stronger civilian oversight. And they are racializing the discipline issue. In 1995 a special commission decried the fact that blacks, 23 percent of the force, represented 44 percent of all discipline cases. But court mandates have forced Cincinnati to hire and promote by race since 1981, and of course such mandates invariably compromise quality.

Even so, the department is far from the pit of injustice that the civil rights establishment and the national press have painted it. Does it stop and frisk more blacks than whites? You bet : because blacks commit the overwhelming preponderance of crime in Cincinnati. Bringing up that issue, however, is deemed “racially inflammatory.” But it wasn’t police brutality that incited the riots; it was the incessant anti-police campaign waged by local activists.

Ever since the Kerner Commission report, riot apologists have insisted that more social programs are necessary to prevent riots. The Kerner Commission called for welfare on demand, one million new government jobs, and extensive new job-training programs. No matter that the federal government was already spending $1.6 billion on job training in 1968, that cities with some of the most brutal riots, such as Detroit and New Haven, were particularly well-endowed with more than four hundred federal poverty pro-grams, or that the welfare population was already skyrocketing, despite an unprecedentedly long period of economic growth.

Cincinnati’s leaders are no less impervious to reality. Since the riots, the Reverend Damon Lynch has been blaming “disinvestment” in poorer areas and demanding that poverty agencies that had been defunded because of fraud be fully refunded. Yet Over-the-Rhine, with its thick concentration of helping agencies, is already a social worker’s dream.

Mayor Luken’s swipe at the business community, with its faux sorrow and its faux facts, is a riot-ideology classic. “I am somewhat saddened that it takes this land of situation to come together, [but] I’m happy that business leaders are finally engaged,” he pontificated at the end of riot week. Finally engaged? Cincinnati’s business community can perhaps be faulted for the dreary conventionality and naivete of its philanthropic efforts but not for the scope of those efforts. Local corporations contribute millions to poverty agencies and civil rights groups. Fifth Third Bancorp and Procter & Gamble, for example, have been funding “economic development” in Walnut Hills, home of Johnnie’s Supermarket, only to see their projects tom up by the recent riots. Loath to bear a grudge, the companies have only “redoubled [their] commitment to . . . improve the neighborhood,” according to a spokesman. Too bad they haven’t decided to rethink radically what Walnut Hills and other riot targets really need.

Rioting sends a message, according to the riot ideology. Indeed, riot apologists attribute deep thoughts about injustice to vandals. An assistant professor of communication at the University of Cincinnati saw the recent riots as a campfire sing-along: “People wanted to come together and express their solidarity and frustration and outrage,” he explained. David Gergen of U.S. News & World Report discerned concerns about global capitalism in the bonfires of Over-the-Rhine. The Cincinnati Enquirer was an equally creative oracle: the riots “revealed dissatisfaction in the areas of education, jobs, and economic opportunity,” it editorialized.

These sympathetic spokesmen overlook one hard fact: rioters are often criminals. Seventy-two percent of the defendants indicted so far in the Cincinnati explosion have adult criminal histories. Prior offenses include rape, aggravated robbery, aggravated burglary, assault, weapons discharge, and endangering children. The Walnut Hills riot was started by drug dealers and their clients, according to Candace Tubbs, a convicted former assistant to a Cincinnati drug lord who described to me the fun she used to have rolling in the piles of cash her boss hauled in. These rioting felons were simply wreaking en masse the destruction they usually wreak individually.

To read the first part of the series click here: 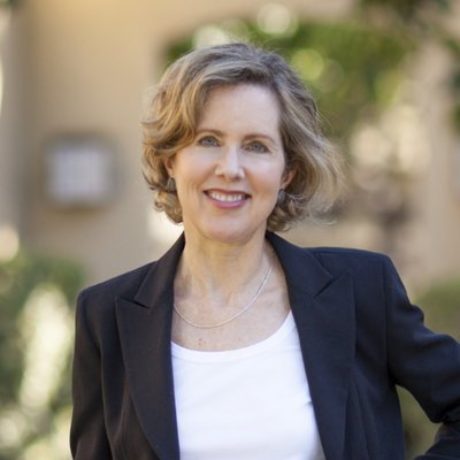