The Importance of Ashadha Month

In this beautiful excerpt, Shri Anirvan expresses what the month of Asadh really means in Sanatana culture and Indian civilization. While in the West the season is also celebrated it is mainly celebrated for its physical pleasure. In India the season is not just romantic, it means much more. It intends to take one to the spiritual heights, taking benefit of the natural rhythm of the season. 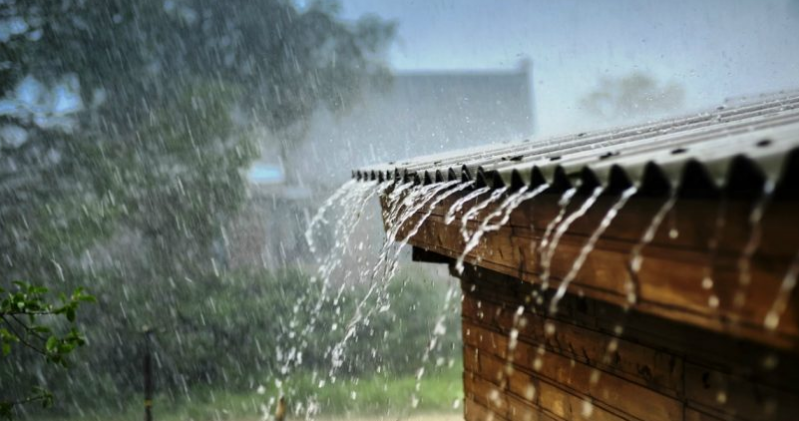 The concept of luminous direct perception reveals how hollow the theories of the rain spell, the sun spell devised by the European scholars are.

Whatever might have been there in the prehistoric age, the literature of the age that we are here discussing falls within the purview of historical period. That literature in no way can be described as the product of an ‘undeveloped mind’. The inspiration that motivated the yearning of the soul of that age was not just biological drive – it was a spiritual urge, an urge for the expansion of the self. Indubitable proofs to this effect can be provided.

It is not that when a man seeks fulfillment of his spiritual yearning, he remains oblivious to the demands of life. This was particularly true of Vedic seers. Like the Tantrikas they perceive no contradiction between ‘enjoyment’ (Bhukti) and ‘liberation’. (Mukti). Those who did find a conflict were the Adevah, Ayajnah, Anindrah – in a word they were the non-Vedic Aryas following the Sramanic path.

However, although due regard was accorded to the material pursuits in the scheme of life, the real urge behind the Vedic seer’s sensitivity toward the Mantra came from the yearning for liberation. What his heart really cried for was ‘the unbounded upsurge’ (Ururanivadah), ‘the undying fearlessness’ (Amrtamabhayam), the vast effulgence (Vrhajjyotih), ‘the great cosmic law’ (Rtam Vrhat).

This cry or mystique aspiration of heart has found form in two symbols in the Veda mantra – one is downpour and the other is sunrise. A long spell of drought has dried up the earth, clouds have gathered in the sky, yet there is no sign of rain – the life, as if, has turned into a desiccated desert. This all-sucking desiccating drought, this canopy of miserly cloud overhead is ‘Vrtra’.

The Devata arrives as the flash of lightning, hurls the thunderbolts, the clouds melt down as raindrops, the parched life is rejuvenated. This is the scene, the depicting of a clash in the mid-region, of the first stage of Sadhana (spiritual exercise). Here the Devata is Indra.

Another scene is that of a higher plane, the celestial region. This time there is no conflict. Only a silent expansion of the self-emanating from the sprouting of consciousness of luminosity. This too is another enactment of the killing of Vrtra. Vrtra here is the cover of darkness. From the depth of midnight has started the march of the Asvin twin. The beckoning of light has just touched the shore of dawn, and then appear the dispersed rays of Sun that is still off the stage. Then in turn appear Bhaga, Surya and Pusan and then at last in the midday sky bursts forth the resplendent glory of Visnu. Visnoh parame pade madhva utsah – the spring of immortality is the supreme feet of Visnu.

This then is another depiction of the progression of consciousness. The Devata here is Visnu. Indra and Visnu both have been placed side by side here. In the sequence of spiritual ascent (Sadhana) the Visnu-consciousness follows the conquest of Indra. Thus in the Purana, Visnu is the younger brother of Indra (Upendra).

The dispensation of nature in Bharatavarsha has been such that the slaying of Vrtra by Indra or the commencement of rainy season and the ascent of Visnu (an aspect of Sun) to the mid-sky in course of His northward sojourn (solstice) take place at the same time.

As in the luminous plane of consciousness, there is then the most effulgent radiance, so in the atmospheric plane as well there is the festivity of rainy season overflowing with life. As in the illumined plane of consciousness, there is the most abundance of light now, in the atmospheric plane too there is now the celebration of rain overflowing with liveliness. On these phenomenal occurrences in the mid-space as well as in psychical plane, the Vedic seers have created some splendid spiritual symbols. Those who call these as rain-spell and Sun-spell impelled by material urges, I am at a loss to attribute suitable adjectives to their scholarship.