In this beautiful piece full of personal experience, traditional wisdom and overflowing bhakti, the author here tells us how to visit a temple? What bhava shall one take to a temple, while having darshan of the deity? He discusses how people often misapply great principles and thus fail to get the most out of a temple visit. Read this riveting and deeply imploring piece to know, how to visit a temple. 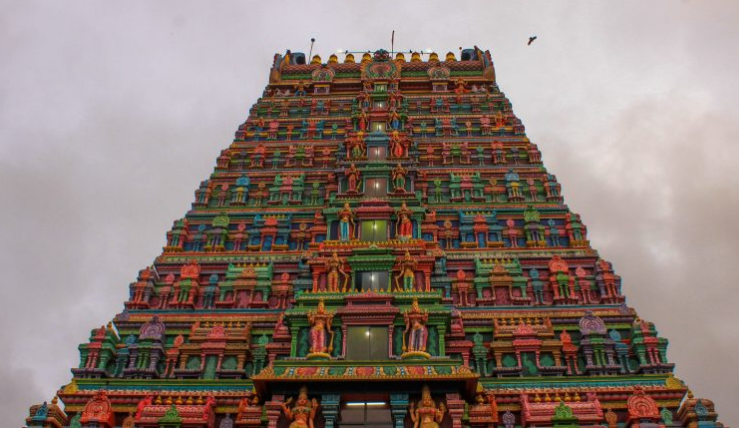 In 2017 I made my first visit to Sringeri. I had heard about the beauty of this part of Karnataka but it was something special to experience it firsthand. So many divine spiritual centers dot this stretch. The outer ambience seemed to trigger inner spiritual vibration spontaneously. Upon arrival at Sringeri I had splendid darshan of Mother Sharadamba.

Darshan was so enticing that I plunged into what I usually do when I visit a powerful kshetram. I sat down right in front of the deity and started my Japa. A sadhu who observed me for long time came to me after I opened my eyes and we exchanged a curious conversation. He gave me important hint regarding the upasana of the Divine Mother. I was then scheduled to move to prasadam serving room. But unexpectedly Mother’s utsava murti was moved and pallaki seva commenced. Now this was too precious.

My eyes were glued on her and I forgot about hunger. I was fully satiated in my mind and spirit. But my poor body was sending its desperate signals of hunger. I knew that prasadam serving would be closed, but what is the point in coming all the way and having some hotel food. I looked at mother for few moments and I had an inner prompting to hurry to the prasadam serving space.

As I was approaching dining hall a sevak who was guarding the main door waved at me asking me to come fast. I was allowed to get in and behind me the door closed for service. At that very instance I had powerful emotion run through me which said: “She is after all the Mother and it is her kshetram, how can she let me go hungry. I slurped one of the best rasam blissfully and proceeded to Sri Chakra Puja by the pithadhipati himself.

I have been asked few times, ‘Your experiences when you visit temple seem to be too intense. I respond usually by saying I too don’t experience something special all the time. Each visit is unique. Some are intellectually deep and some are spiritually deep. So here I share my reflection.

What would the word ‘intense’ mean? To me, in the context of visiting a temple, it would simply mean being alive to immensity of vibration of the Devata. Experience primarily relies on ‘connection’ with the devata (deity). Connection means two ways. You are not only going to see the devata in their abode but devata too receives you and acknowledges your arrival. How does this connection happen?

Sometimes it happens when you hold sankalpa to connect with the devata. As a response something transpires, it could be external or internal or both. It could be a dog sitting beside you, it could be impromptu response from pujari, it could be timing of sounds of the tongs. A long unresolved issue may also melt into lucid insight. As though answer was always there locked in our hearts, but it is in the presence of the devatas, it is unlocked.

Nothing is random and many possibilities arise. Sometimes you have no clue, you have not sought anything consciously, yet suddenly the devata might decide, let me hand this over to him/her. Sometimes this connection lasts for an instance, to that particular visit; sometimes it might so happen that you strike a long-term relationship.

Usually we are inadequately equipped with our usually distracted minds. Sometimes we are unconsciously wired into undigested advaitic world view intellectually and misunderstand rules of the game. We say to ourselves some clichéd thoughts like:  “It is all one God and then miss the purpose and potency of this specific form or deity.”

In every aspect and everywhere in life we deal with people and things specifically. But when it comes to temple and deities we invoke misplaced advaita bhava.  When we have to deal with our child, we don’t say, well he/she is just me, because after all they have come out of me.  Instead we recognize them to hold their unique potential and help them unfurl that.

Similarly we should approach devatas too. Except that they are higher forces and it is they who can help us unravel our unique journey of life. Advaitic viewpoint is the finest distillation of India’s philosophy, but it takes an immense amount of sadhana to arrive on that ground. The temple and the deity is there to help us on our way to self-realization. We often forget that.

Unfortunately most often we enter temples with baggage of intellectually mixed-up ideas and we fail to benefit from this unique opportunity.  We enter into a powerful grid of possibilities but come out untouched. We are not vigilant about what is happening in our inner or outer environs. This vigilance and ability to be present, comes with some amount of sadhana (inner practice). I don’t want to cook up the fantasy that it needs no sadhana. Some amount of long drawn sadhana always makes inner soil fertile. Else we are stuck in our head and squander the opportunity to connect.

To experience this connection, one might not need complete knowledge of the shastras of temple architecture, ritual knowledge and immense understanding of sthala purana. It is purely one to one connection with the source of the power grid i.e the devata.

Some of my most pulsating experiences have happened in a totally unassuming set up, which does not expressively have Agamic grandeur. So there is nothing else to pay attention to but just Devata.

But this doesn’t take away the possibilities that can emerge, if we were to understand the space/kshetra a little better. Temple is in fact multidimensional portal into a multiverse. Temples are the best things to happen for a polytheistic civilization like ours. It speaks so much to us, especially the ancient kshetras. They tell us how Seeking unfolded through countless siddhas over centuries. What did they do here?

Answers are there very much ingrained into the space of the kshetra and they continue to guide us. Kshetras are not limited to play the role of just an abode of devata. They are also sort of laboratories of consciousness where some stunning experiments were attempted.

I once met a good Japanese Film maker who documented sacred spaces in India extensively and even published in NatGeo etc. He was sharing his experience at Konark temple. He seemed sure that Rishis were trying something unusual here, a method to tap into Solar space. We may know nothing about it, but just by simply being aware that something special was tried out here, strengthens our bond with our civilization.

In conclusion I can only say that, all answers lie within us. When we visit temples probability of these answers emerging increases manifold. It just depends at what level our contemplation is stationed. If it is about our survival issues, our welfare, answers also emerge accordingly. If there is a deeper quest, we may receive similar guidance. It is best to enter temple with an attitude that you are entering your own Self, when you stand facing the devata, you will recognize how the force of this devata can work inside you. To make a conscious effort to establish this connection, from our end, with the devata is our part. We must play our part with devotion. 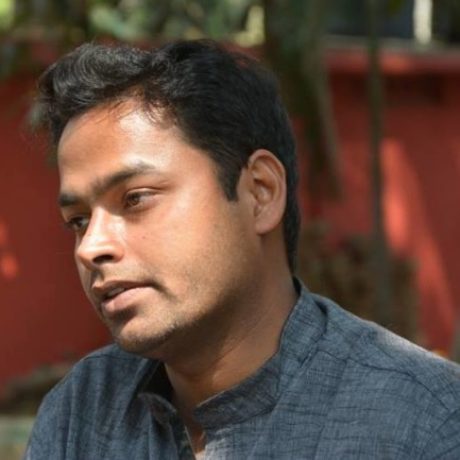