In this brief article, Nithin Sridhar reflects upon the particulars of Hindu identity. India is vying for world leadership in 21st century but without deciding the identity of the Hindu this quest won’t be very fruitful. 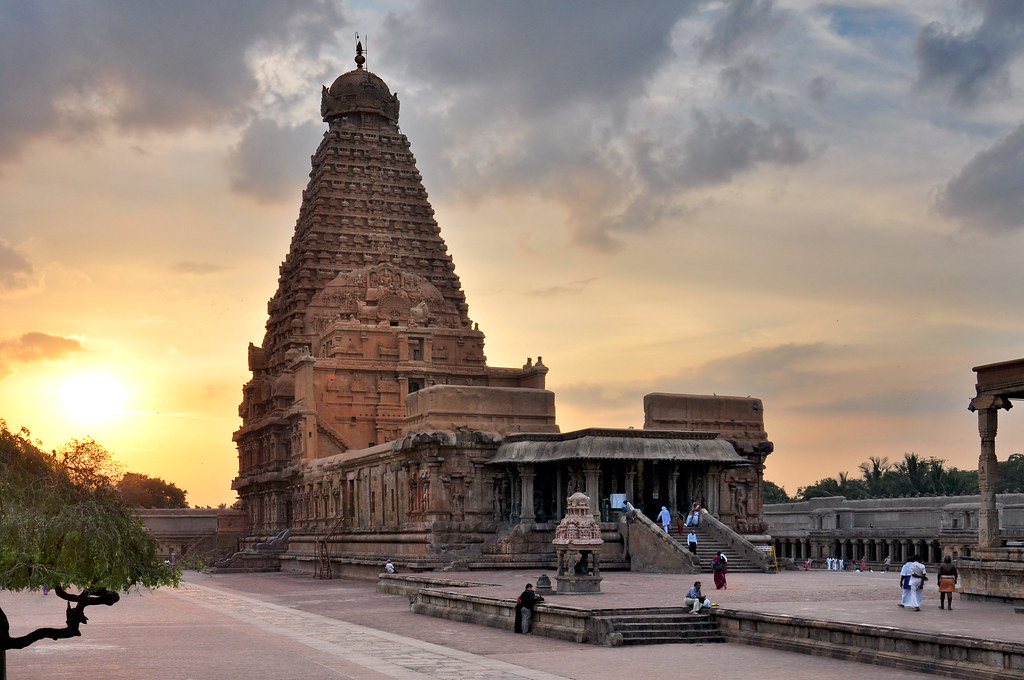 While a few years back I was interacting with a couple of students, I was asked ‘What makes someone a Hindu?’ As I paused for a few moments to reflect on this complicated question, I realized there is a beautiful framework available within our own knowledge tradition that can be utilized to provide a comprehensive perspective on Hindu identity.

A few years back when I met Sankrant Sanu, the entrepreneur, researcher, and the author of an important book ‘The English Medium Myth’, we got into a discussion about comparative religions and how Hinduism is different from Abrahamic religions.

On that occasion when I quoted Dr. Radhakrishnan about Hinduism being a way of life, Sankrant remarked that the argument that Hinduism is unique because it is a way of life is incorrect since almost all major religions of the world- be it Christianity or Islam, for example- have full fledge ways of life of their own. That remark made me revisit the statement of the learned philosopher and I realized that his exact quote[i] already contains the answers to the above objection, as if anticipating it!

While it is true that all major religions across the world have a full-fledged ways of life, there is a fundamental difference in the Abrahamic worldview and the Hindu worldview.

Belief in One God, One Book and the Prophet is core of their way of life. It is belief that takes one to heaven, while disbelievers are fated to suffer in hell. Thus, their way of life is driven by belief. Belief is the defining trait of ‘religion’, a word which is most suitably applied to Abrahamic Monotheistic communities like Christianity and Islam.

Sanatana Dharma on the other hand, “enjoins a strict code of practice” while allowing “absolute liberty in the world of thought”. It is not that faith or belief play no role in Hinduism. Shraddha which can roughly translated as faith or trust, though these English words do not really do justice to the source terminology, does indeed have an important place in Hindu scheme of things. But, it is not the end in itself, but its position is more akin to as a gateway for practice. Moreover, Hinduism has no concept of permanent heaven or hell which one obtains based on whether a person believes or disbelieves. Instead, our concept of life is rooted in the understanding that Jivatma or the individual, who assumes various bodies based on his previous actions and likewise attains temporary states of happiness or suffering called Svarga and Naraka, respectively, based on whether s/he has performed virtuous or non-virtuous actions.

Therefore, Hinduism is indeed a way of life, but one where ‘the way of Dharma’ is stressed, and one, which is meant to be practiced, not merely and notionally believed in.

However, this definition raises its own sets of problems. If Hinduism is a way of life meant to be practiced does it mean all Hindus are by default practicing Hindus? A perusal of even a small sample of Hindus will show that this is hardly the case. There are those Hindus who happily claim that they are not ‘Hindus’. There are also those who profess their belief in the religion of ‘secularism’. Then, there are those who are politically own up Hindu identity, but hardly have any affinity for culture or tradition. There are those who practice Hindu traditions and those who claim nominal acceptance of the identity.

This being the case, how do we understand the complex nature of Hindu identity? In this article, I try to provide a framework for understanding our identity based on Vedantic framework of ‘Panchakosha’.

While the modern scientific view that is largely rooted in materialism, perceives an individual (Jiva) as just a body, Vedanta Darshana posits Jiva as a complex multi-layered being, which on the one hand is a reflection of Brahman, the supreme divine reality, and on the other handis endowed with Pancha Koshas- 5 sheaths or layers of individuality and through which it interacts with the external universe.

Corresponding to the Annamaya Kosha is the outermost concentric sheath which represents the most tangible (visible), but least substantial manifestation of Hindu identity: people who have Hindu parentage and are legally Hindu but very zero or very less affinity and allegiance to Hindu identity. I like to call this section of Hindu society as ‘Nominal Hindus’ who as the name denotes are Hindus only in name. They have neither any affinity to Hindu culture and traditions, nor do they have any concern for political struggles of Hindu society. Often, they profess allegiance to ‘religion of secularism and liberalism’ and look down upon their own ancestral traditions and practices.

Moving inwards and towards more substantial sheath of Hindu identity, we have the ‘Political Hindus’ who correspond to Pranamaya Kosha. These are people who identify themselves as Hindu at a socio-economic-political sphere of life. They are politically aware but have zero or nominal affinity to religious, cultural or philosophical aspects of Hindu civilization. Many of them could even be atheists, rationalists, or nominal theists who look down upon Hindu traditions and practices with the same jaundiced perspective as the Nominal Hindus. Their concern and focus is in fighting the political enemies of Hindu society including radical islamist and evangelical menace in Hindu society. There are many such political Hindus even at academic level who while working for Hindu identity and expression at socio-political level have zero affinity to cultural aspects, at times even looking down upon them!

Moving further inward, we have the sheath of ‘Cultural Hindus’ who are more substantial in their Hindu identity. They correspond to Manomaya Kosha and have great affinity to cultural practices of Hindu civilization. They may or may not be politically aware. They may or may not be religious practitioners. They could even be atheists. But, they have huge love and affinity to cultural practices and traditions, be it celebration of festivals, or visiting temples and Kshetrams, or the traditions of art, music, and dance.

Moving even more inward, corresponding to Vigyanamaya Kosha we have ‘Practicing Hindus’ or ‘Sadhakas’. They are practitioners of Sanatana Dharma. They observe and celebrate the rituals, arts, Shastras, music, dance, festivals, and other aspects of Sanatana Dharma. They recognize all life as being Sadhana/spiritual effort and seek to attain the purusharthas through everything they do in life. They are those who dedicate their lives to preservation of Veda; those who immerse themselves in the study and interpretation of Shastras; those who make art-forms- be it classical dance, music, painting, or sculpture their spiritual sadhana to reach the ultimate; those who perform rituals for themselves and for others. In short, practicing Hindus are those who accept that the Hindu philosophical and religious worldview, who have Shraddha in the Hindu Shastras being pramana for valid knowledge; who try to live according to precepts of the Shastras; and who involves themselves in Sadhana in one or the other way. Shraddha, Svadhaya, Sadhana, and Sadhachara are the four pillars of life for the practicing Hindu.

Finally, the innermost sheath corresponding to Anandamaya Kosha are the ‘Siddhas’ or ‘Accomplished Hindus’. These are masters who have perfected their Sadhanas. These are Gurus, Yogis, Acaryas, Rishis, Paramahamsas, who have perfected their lives, who have attained their goals walking on the path of Dharma and Sadhana, who are the role models and teachers for the rest of the society.

Thus, Hindu identity can be conceived of as having five concentric sheaths: Nominal, Political, Cultural, Practicing, and Accomplished. However, I would like to add one more term here: ‘Civilizational Hindu’. Irrespective of a person’s position in this ‘Panchakosha of Identity’, we can consider him/her as a Civilizational Hindu as long as s/he is aware of the complexity of Hindu civilization with its different sheaths and facets, each having its own needs and importance.

[i] Dr. S Radhakrishnan in The Hindu View of Life: “Hinduism is more, a way of life than form of thought. While it gives absolute liberty in the world of thought it enjoins a strict code of practice….The performer of the good and not the believer in this or that view-can never get into an evil state. In a very real sense practice precedes theory. Only by doing the will does one know the doctrine…Hinduism insists on a moral life and draws into fellowship all who feel themselves bound to the claims which the moral law makes upon them. Hinduism is not a sect but a fellowship of all who accept the law of right and earnestly seek for the truth.”

[ii] A clarification needs to be added here. In Vedanta, Panchakosha is not considered per se as five independent sheaths around Atman. Though, a person rooted in Avidya and attached to body-mind complex may perceive the identity of Jiva to be such. However, Vedanta teaches that the identification with the five sheaths that a person has is actually error arising out of not understanding the true nature of Atman. Atman is the substratum of all names and forms. Atman alone exist. It is non-dual reality without any form, without any divisions, without beginning or an end. Further, the presentation of the concentric circles for koshas is problematic from strictly a Vedantic sense because it tends to localize Atma, not showing the connection between the different sheaths. Atma is in and through each of the annamaya, pranamaya and so on. So while Annamaya is Atma, Atma is not Annamaya. Further, the Taittiriya Upanishad which teaches about the Annamaya, Pranamaya, etc., does not use the term ‘Kosha’. The notion of these as Kosha/sheaths is a later development. However, for the purpose of this article, we have adopted a very simplistic representation of Panchakosha viveka as perceived from the perspective of a person attached to body-mind complex. I thank Swamini Atmaprajnananda ji and Swamini Brahmaprajnanda ji for highlighting this important aspect of Vedantic teaching.

जाति-विहीन समाज का सपना
The Boy Who Was His Own Grandfather. Exploratory Studies in Reincarnation.
Nothing is Everything: How Buddhism and Hinduism are Two Sides of the Same Coin - 1